Tuesday 14 May 2019. It's early morning at Manchester Airport and after the initial drowsiness of a very short sleep has worn off, we are looking forward to a week's cruise onboard the Marella Dream around the western Mediterranean. 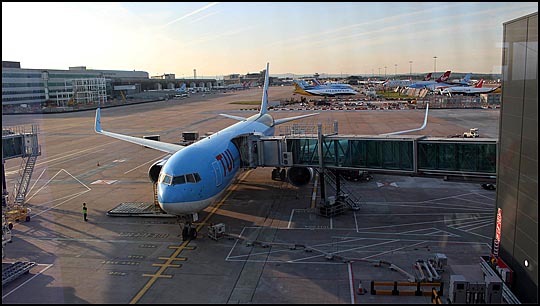 First though there's a route march to the gate. Manchester have extended Terminal Two. So much so that it really should have been called Terminal Four... The walkways and amenities are not yet installed so it's a 20-minute walk to our gate and woe betide if you thought you'd leave a toilet stop before leaving the main shopping area of the terminal! 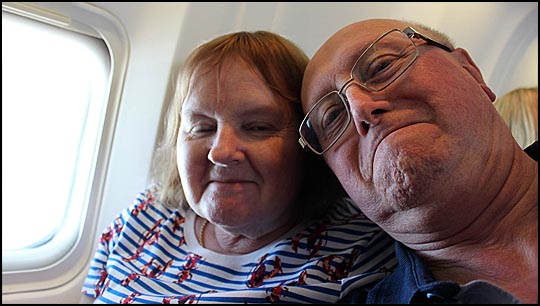 We were ages waiting for the last few passengers. This turned out to be because they were expecting assistance which hadn't materialised and they were forced to make their own way along the long featureless corridors. They were all but done in when they reached the plane. However we got going and here we are. This is not the disabled couple... Though it does look a bit like Miss Franny is about to catch up on her lost sleep. 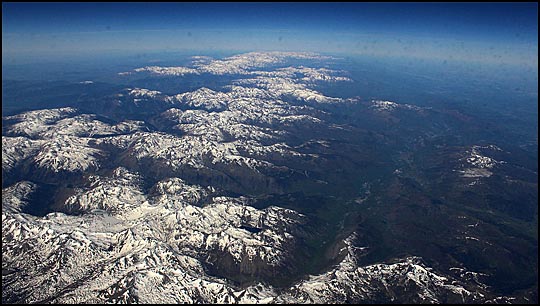 Crossing the Pyranees mountains. Hope it's a bit warmer where we are going! We are heading for Palma in Majorca to join our ship. 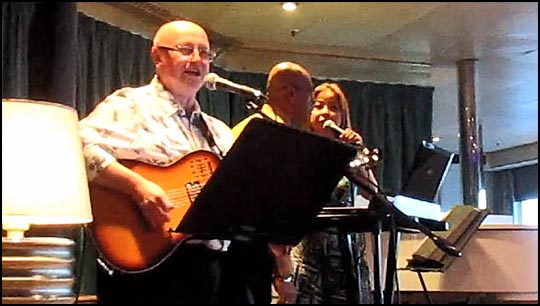 Our good friends Tomas and Maris are amongst the entertainers on board. They sing as a duo, 2 Intense, and are the best entertainers in the fleet. Anyway, it became 3 Intense for a couple of songs! Passengers starting their second week had tales of rough seas and missed ports to tell and the itinerary for this week is being shuffled to avoid a spot of bad weather. Although we will get to visit all the ports we were supposed to visit, we will start off in Monaco after a full day at sea rather than in Livorno, Italy. We're off!

Return to Cruise Index
Posted by John Burke at 10:47