A Change of Plan in France

Sunday, 19 May 2019. The Marella Dream docks in Toulon, France. We had booked an excursion around the famous French naval harbour by small boat, but had received notice that not enough people had booked to allow that particular tour to go ahead. As regular cruisers we have visited lots of nearby places in previous years and one trip we had particularly enjoyed was to two little seaside resorts on the Cote d'Azur called Bandol and Sanary-sur-Mer. We changed our booking to do this again. 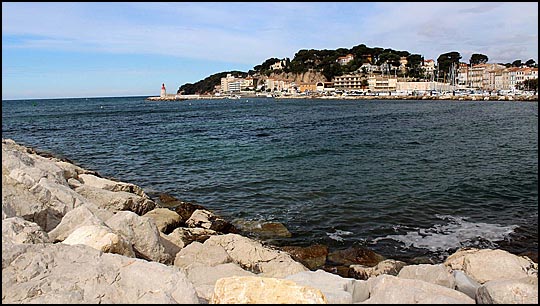 Our trip today did them in reverse order, so this is Sanary-sur-Mer. It had been our favourite of the two anyway. The tour guide was doing what all tour guides do - stopping at every kerb stone to describe it and give the date it was made so we quickly ascertained where and when to re-group and scarpered to explore on our own. 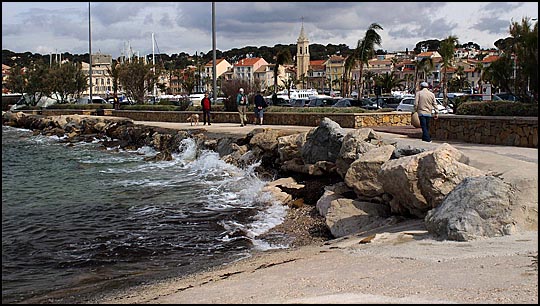 There was a stiff breeze, but otherwise it was bright and sunny. A short walk along the seafront brought us to the marina and a small market. 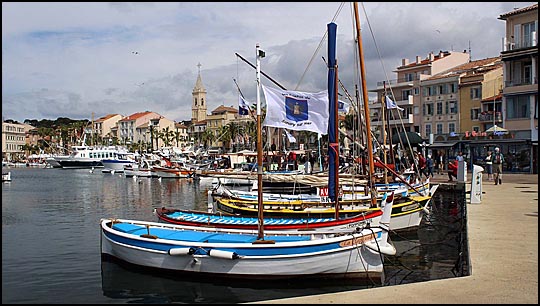 There's something about small boats in France and Italy. They are colourful and just aching to be photographed. I hate drawing them, but would love to be able to do so convincingly. 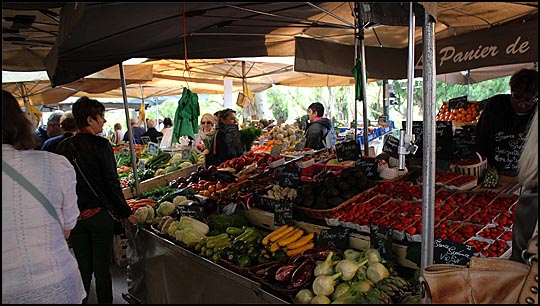 It was a Sunday, so only food stalls were open on the market. They were doing a brisk trade though. 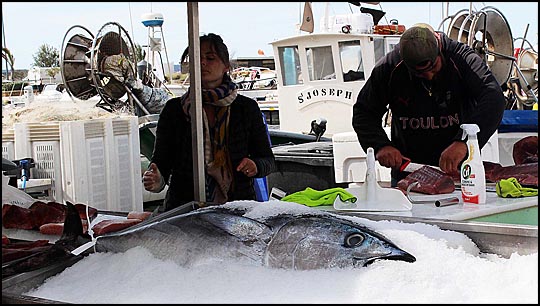 This is a tuna fish. They are a large fish and you'd get a few tins out of this fellow! 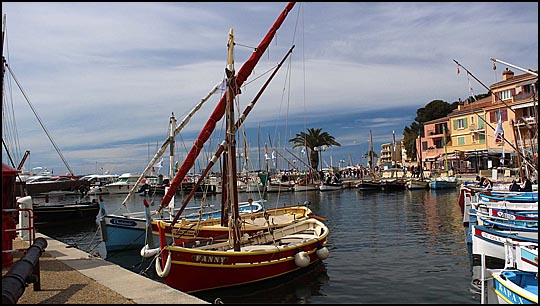 We carried on walking around the harbour to the far end, by now thinking that it was time for a morning drink. 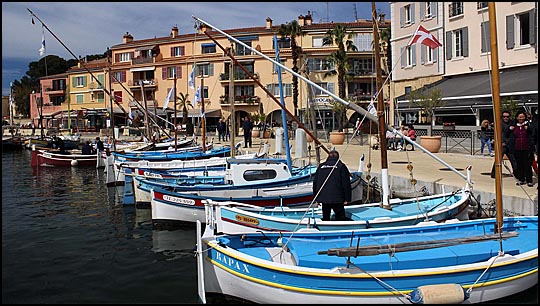 I'd never heard of the name "Rapax". It sounds like it should perhaps be a French sanitary product but it turns out to have been the name of a Roman legion formed in 31 CE (Common Era - same dating as AD) and means "Predator". 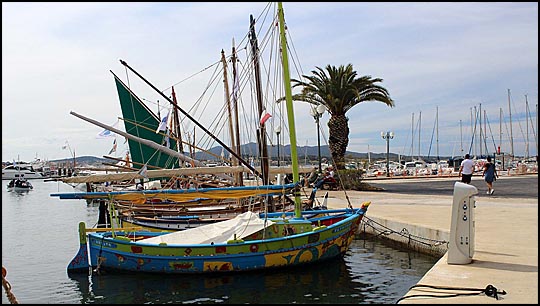 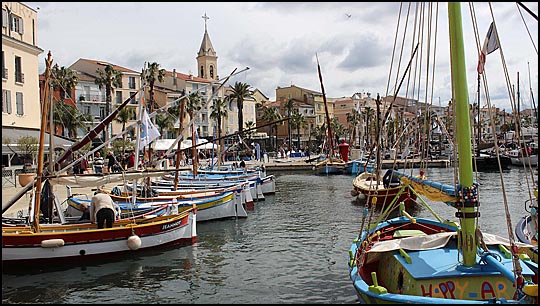 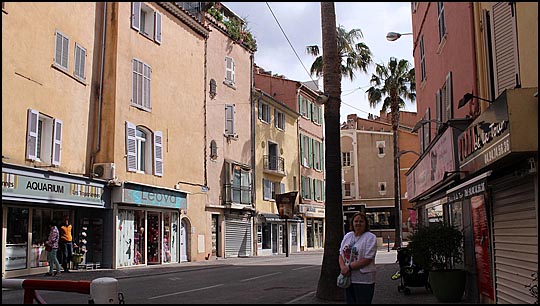 It was time to turn round and walk back. We drifted off the seafront and came back down the streets behind the promenade buildings. Just a few shops were open, but to our advantage they were the ones mainly aimed at the tourists. 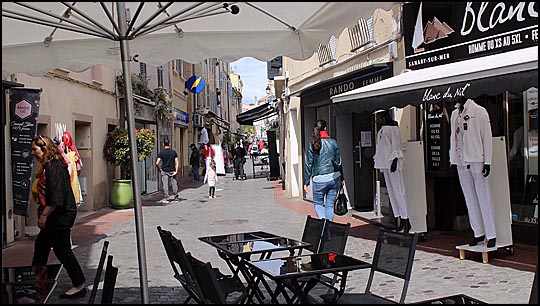 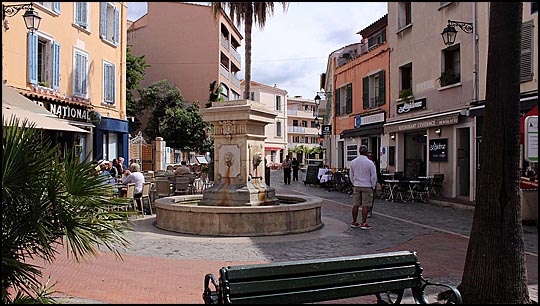 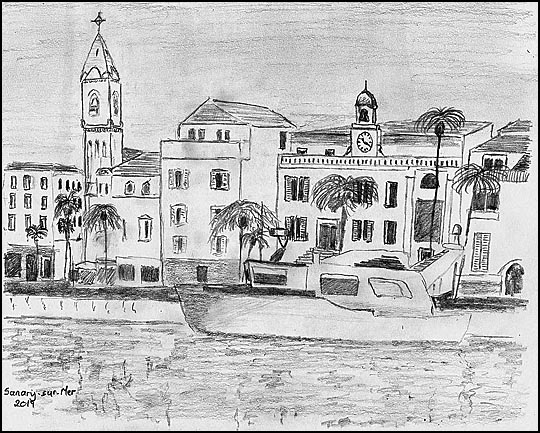 I had about half an hour to spare and sat drawing the harbour. This had to be finished later but I forced myself to add a boat into the scene! 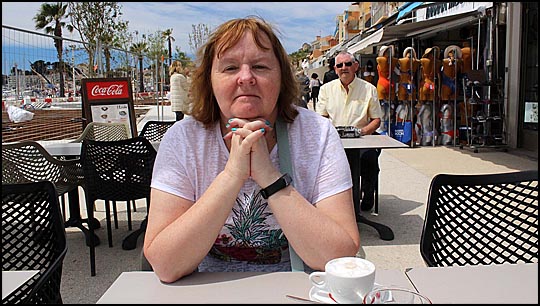 Then it was on to Bandol. What can I say? The entire seafront road was a building site. A shame. The last time we were there, we had wandered along a massive market where stalls of crockery were a delight and Miss Franny tested my command of the French language by wanting me to buy her a top. With it being Sunday there was again just a handful of stalls selling food open. We stopped at a cafe for a drink. Now, I speak a smattering of a few european languages but French is the only one I studied, albeit some 50 years ago now. I managed to get Miss Franny a weak and milky coffee - "...un petit peu de café et beaucoups de lait" but how did they manage to interpret my "vin rouge" as a small beer??? I asked the tour guide later "Do they have a strong local accent here?" She pursed her lips. "Ooh ye-e-s!" 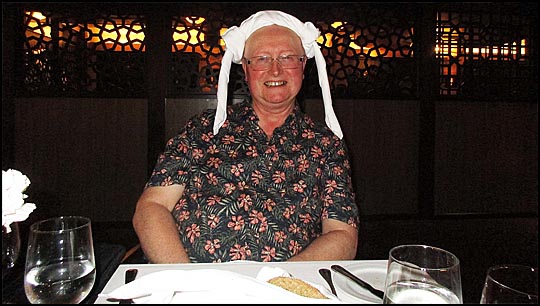 That night at our usual table in the main dining room our waiter thoughtfully plonked this on my head. "I have made you some Goofy ears!" he said kindly. 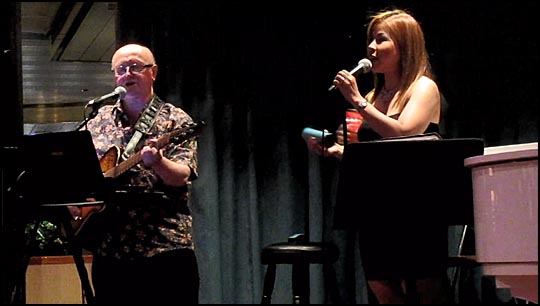 I had been playing a couple of songs every night. "Don't worry, the John Burke Fan Club..." announced Tomas, "He'll be on in our next session!" I do like a tolerant audience!

Return to Cruise Index
Posted by John Burke at 11:12