Fire and Ice: Joining a Two-Week Cruise to Norway and Iceland

Saturday 29 July 2017. The most leisurely start to a cruise that we've ever had I think, as we only have to drive across to Newcastle upon Tyne to join our old friend the Thomson Celebration for a two-week cruise that will take us further north than we have ever been before. Indeed we would be circling Iceland so would cross over the Arctic Circle. 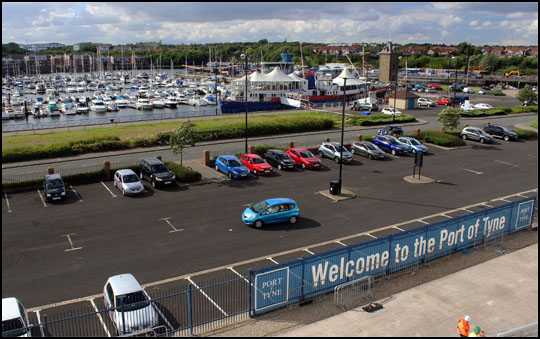 First though we had to get to Newcastle. Joining us on this trip were near neighbours and friends John and Sue, who we first met on a cruise in Turkey in 2009 and then for the second time on another cruise in Norway in 2013! We have since become friends and occasionally meet up for a meal and natter. It was at one of the band's gigs where Sue first told us of this cruise, saying that it was the only such cruise during 2017 and joking that we should book it. We both fancied the sound of it so we did just that and it made sense to go over in just one car. John and Sue had already booked a car parking space so I offered to drive. 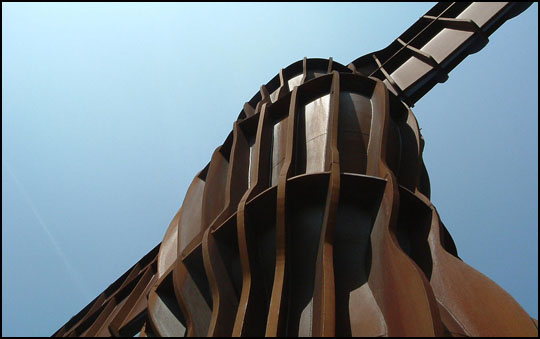 Driving to Newcastle of course brought back memories of driving over to the University of Northumbria for meetings with the rest of the team before I retired. John and Sue had mentioned they had never seen the Angel of the North from close-up before so I stopped for a short while so we could walk up to it. This also meant I could drive over the Tyne Bridge which they hadn't done before. 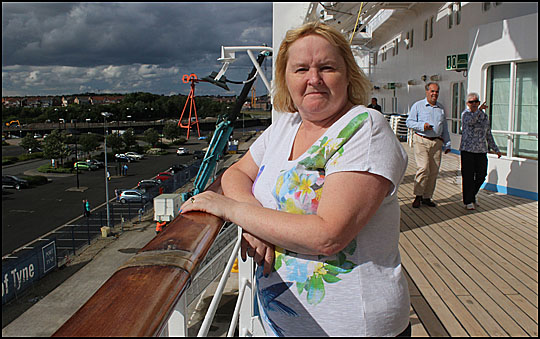 Thomson Celebration was the ship for our first cruise with Thomson in 2009 - the same cruise we first met John and Sue. This would be our sixth time aboard her, but our first time in years without seeing our great friends Tomas and Maris who used to play in Horizons Bar but are now on the Thomson Dream. We'll have to catch up with them later! Joining a ship at a UK port is simplicity itself and the organisation at Newcastle was excellent. 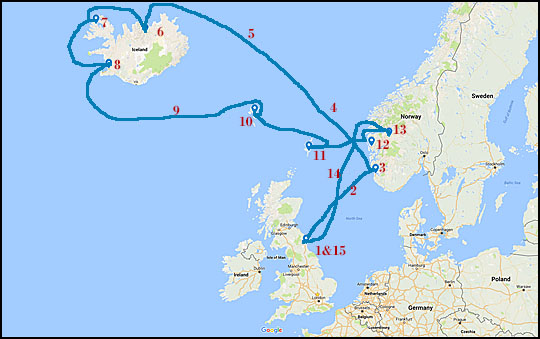 This will be our itinerary for the next few days: Day 1 Newcastle UK; Day 2 at sea; Day 3 Stavanger Norway; Day 4+5 at sea; Day 6 Akureyri Iceland; Day 7 Isafjord Iceland; Day 8 Reykjavik Iceland; Day 9 at sea; Day 10 Torshavn, Faroe Islands; Day 11 Lerwick, Shetland; Day 12 Bergen Norway; Day 13 Flam Norway; Day 14 at sea; Day 15 Newcastle and home. I might gloss over the days at sea a bit, but there will be a look at all the places we visited including volcanic geysers, waterfalls, whale watching, some spectacular train journeys, old towns, picturesque villages, the rift between the tectonic plates of Europe and America and a Norwegian mountain spirit enticing us into the mountains to be lost forever... (I'm easily taken in, you know...) 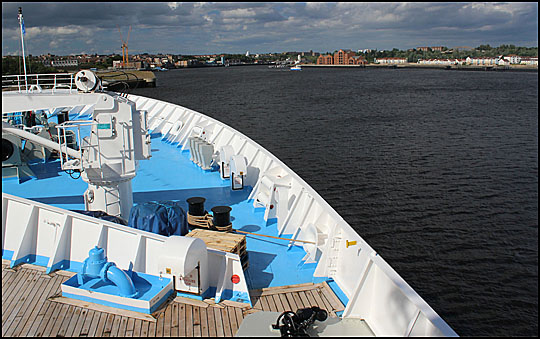 So with no more ado, let's go! The Celebration pushes her nose into the River Tyne and we head off from the port at North Shields, towards Tynemouth. 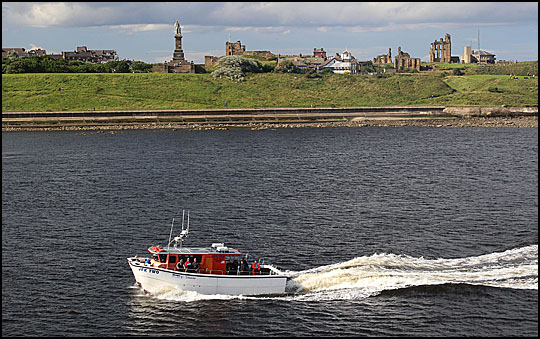 In a short while the sights of Tynemouth come up on our port bow (that's the one they serve the strong wine on). The statue is that of Admiral Lord Collingwood, the cannons at the base coming from his flagship Royal Sovereign. He was a close friend of many years standing with Horatio (later Lord) Nelson and was his second in command, though first in action at the Battle of Trafalgar. Born in Newcastle and later living in Morpeth, just to the north of Tynemouth, he was wont to walk the hills with his dog, Bounce, with a pocket full of acorns that he planted when he saw a good spot for an oak tree. This was to ensure good English oak for a future navy. Many of his trees must still be growing, the need for them surpassed by the introduction of iron and steel ships. 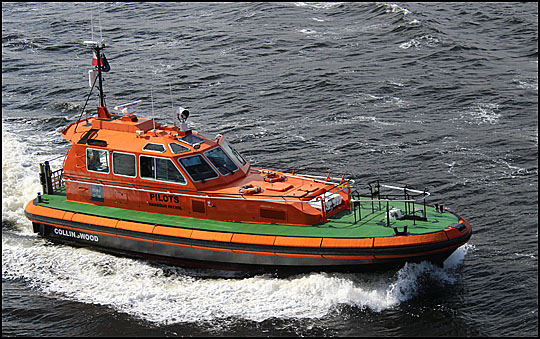 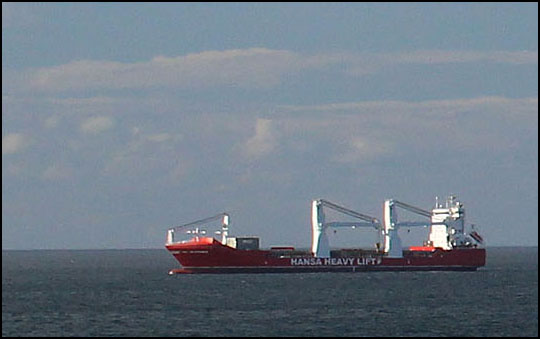 The North Sea is being kind. Sunshine and only a slight to moderate swell takes us towards Norway, which we shall reach on Monday after a full day at sea tomorrow. Join us next for a look at Stavanger in Norway. 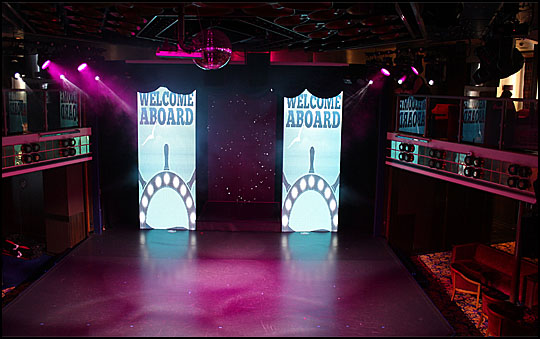 Back to the Cruise Index Page
Posted by John Burke at 13:11