Saturday 5 August 2017. Our last stop on The Golden Circle was at Thingvellir National Park where two things vie for our attention. The order that you see them depends on at which coach park you are dropped off because, like at the geyser park, you walk from one to the other. 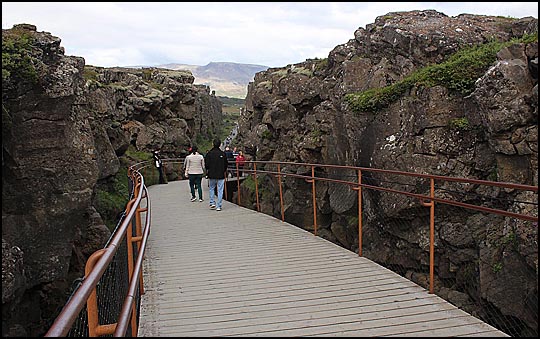 We set off at the souvenir shop and then walk along a raised wooden platform between two walls of rock. This is the rift valley formed by the movement of two tectonic plates of the earth's crust which meet here. On one side is the plate for North America and on the other is the plate for Eurasia. The valley is also the top of the Mid-Atlantic Ridge. 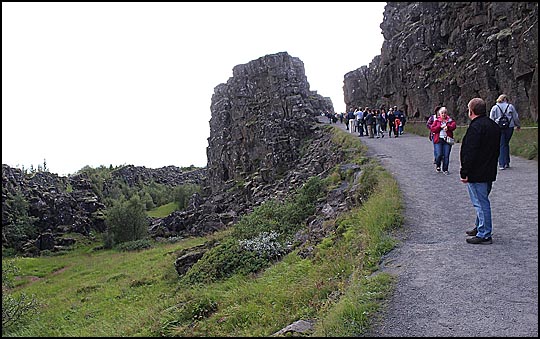 Looking back at the path we have taken. We are starting to pass people who have walked from the far coach park. 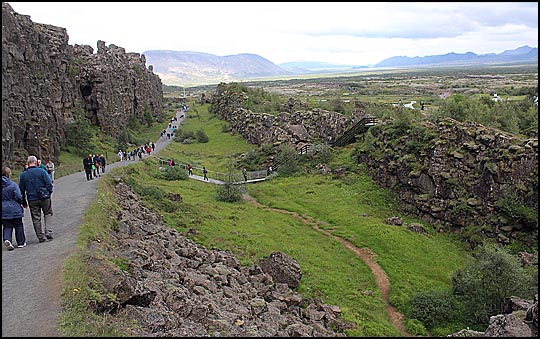 Looking the other way the valley widens out and to the right out of shot is Iceland's largest lake. In the distance right at the end of the path in this photo is a flagpole that marks the spot of Iceland's first Parliament - "Thingvellir" comes from the same language root as the Isle of Man's "Tynwald". 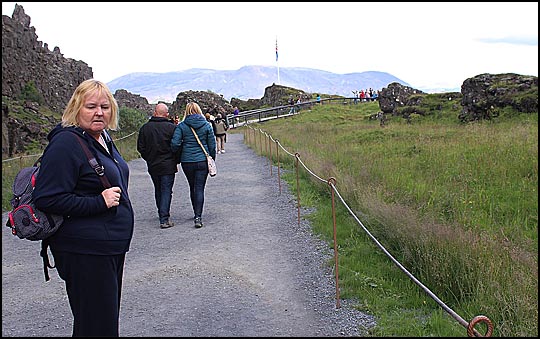 Iceland's first parliament was convened by local chieftains who felt that the descendants of Iceland's first permanent settler, Ingólfur Arnarson had become too powerful. Whilst deciding where to hold the first general assembly, the owner of this piece of land was found guilty of murder and his lands were declared public and to be the site of the first parliament in the year 930. 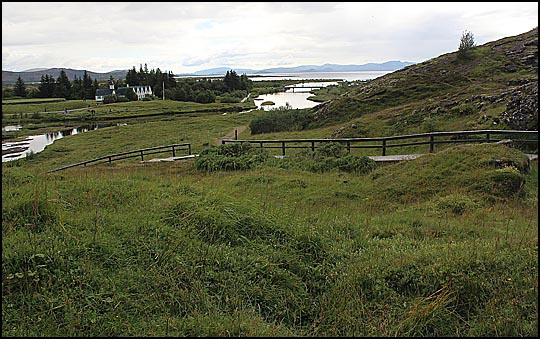 Lake Thingvallavatn, seen above the overgrown remains of some of the huts and buildings of those early parliament assemblies in the foreground. 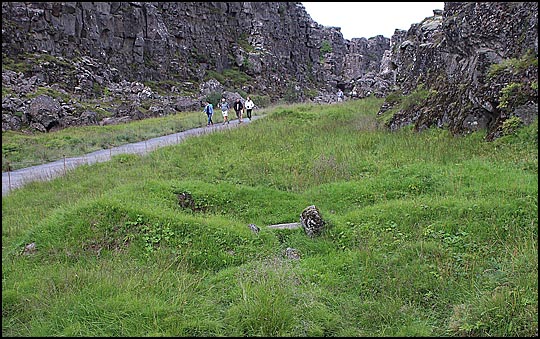 Another of the huts can be made out here. Stones marking the doorway and, inside, a hearthstone with a section of wall exposed in the corner. 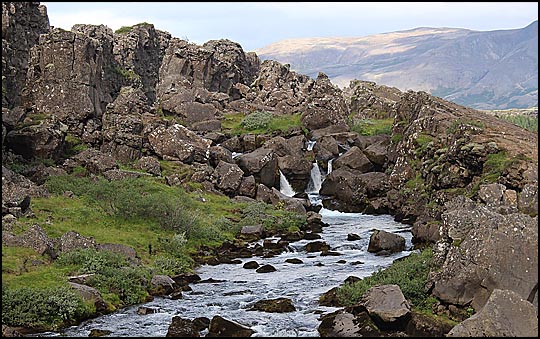 A small, but very pleasant waterfall, seen only at this distance as, when you get closer, the large rock on the right hides it from the pathway. 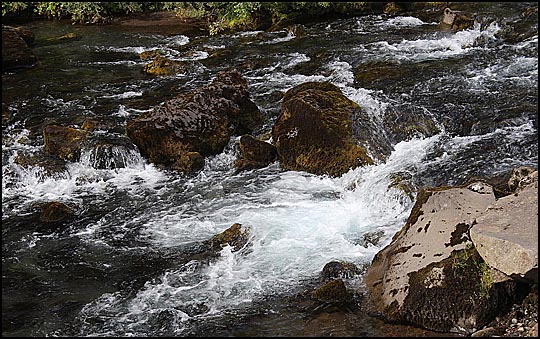 After the waterfall the stream gurgles down towards another fall that takes it under the path and then down towards the lake. 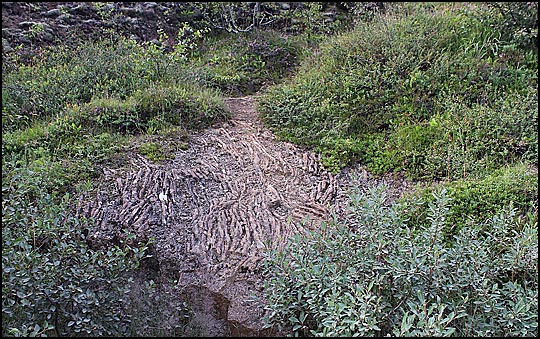 I wasn't sure whether this was a collection of roots or a deliberate man-made path made ages ago of sticks and twigs. We reached the car park and took a seat at a picnic table until our coach opened its doors and then as soon as we were aboard the Heavens opened and we breathed a sigh of relief that it hadn't started raining 20 minutes earlier!

So ends our three days in Iceland, an experience that will forever be remembered and treasured. Tomorrow will be our fourth day at sea for this cruise as we make our way to the Faroe Islands for Monday morning.

Back to the Cruise Index Page
Posted by John Burke at 21:25