Once again we are heading back to the 1970s and 80s to see who was on the Pleasure Beach at that time and to give you an opportunity to spot yourselves if you were there! 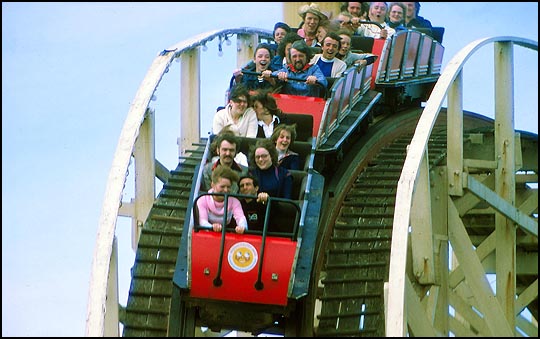 Starting with a shot of the Big Dipper, which has a full load of faces for your perusal and delectation... This was shot from the South Station of the Pleasure Beach Express as the coaster came over the crest about to plunge down the curved dip. 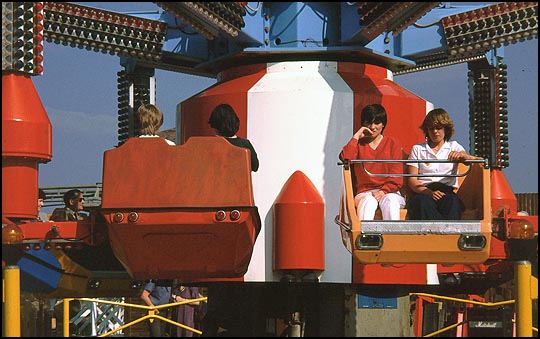 I can't remember what this ride was called. It was 1978 and one of the temporary fairground rides used on the southern half of the Pleasure Beach at that time. I was struck by the jumpers in matching colours with the ride. 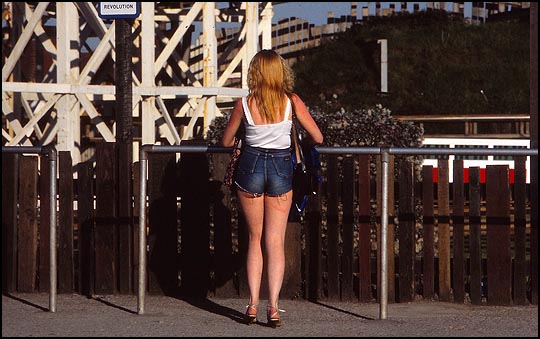 Oh and talking of being struck... Ahem! Moving on... 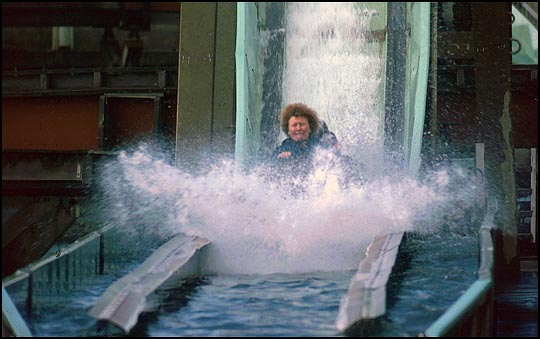 I can't bypass the lakeside pavement once again to watch people on the Log Flume. 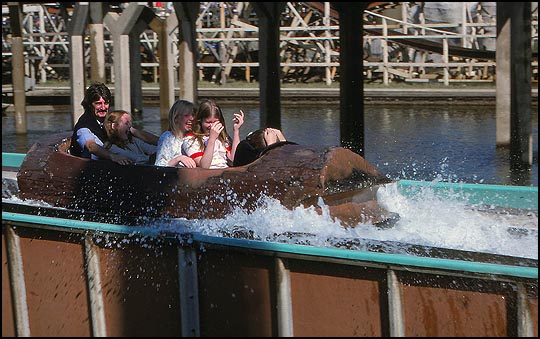 So a double dose of wet and happy people! (Looks again at the first shot...) Well... wet people anyway... 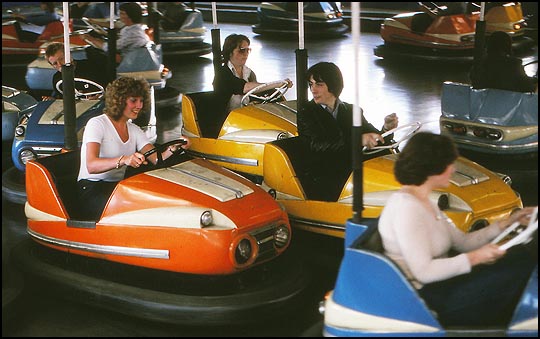 A couple of shots taken from outside the rink of people on the Dodgem Cars. This was always tricky for the exposure - it was quite dark in there yet the light from the open air outside the rink tended to fool the exposure meter - which in those 1970s days was a separate little piece of equipment in my pocket and not part of the camera until I went berserk in the shop one day and bought a Canon AE1. 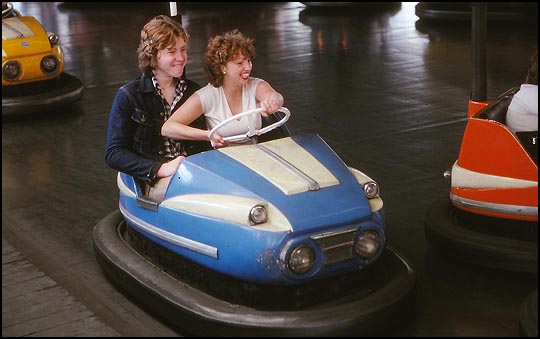 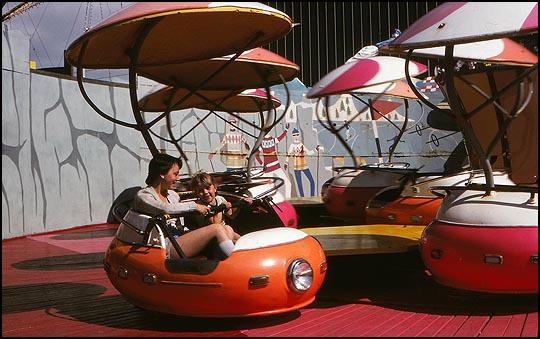 There had been a sort of ski-jump ride here and this ride is so new (at the time) that the backdrop is still painted with scenes of people on skis in the mountains. 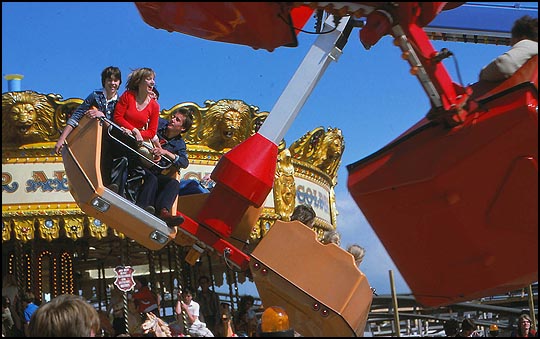 Here's that ride again with the red and white striped centre. It seems a little crowded in this particular car! 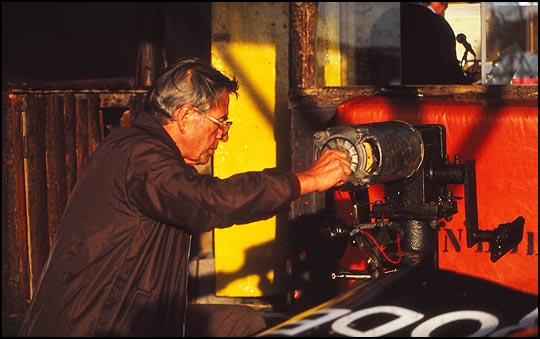 And where would the Pleasure Beach be without its technicians. This chap is repairing a fault on the Mechanical Bull.