Friday 12 June 2015. After dinner it is almost dark and we head down to the Promenade Deck of Thomson Majesty to have a good viewpoint as we sail away from Corfu to start our cruise. 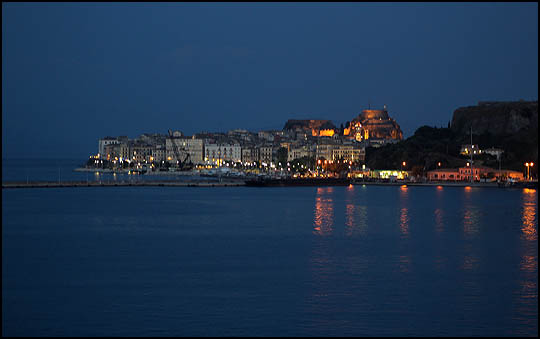 The very last tint of blue colour remains in the sky as we emerge onto the deck. The Old Fortress is floodlit and lights of various hues light up the town houses and coast road. On the end of piers red lights wink out at regular intervals, keeping ships and boats safe. 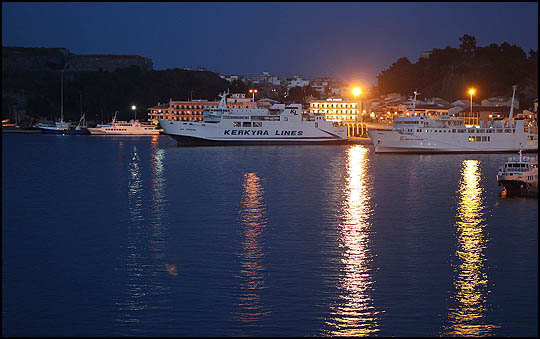 Most of the large shipping seems to be safely moored up. Only Thomson Majesty shows signs of impending departure. Some small private boats are criss-crossing the harbour without a single light showing. Whether they stop, or whether it just gets too dark to see them any more, I'm not sure! 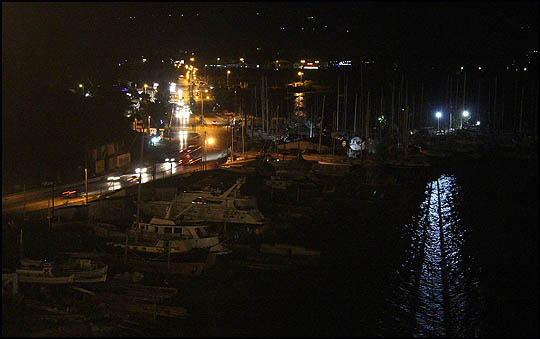 Looking up the coast road the pier lights cast a reflected pathway of light back to the ship. 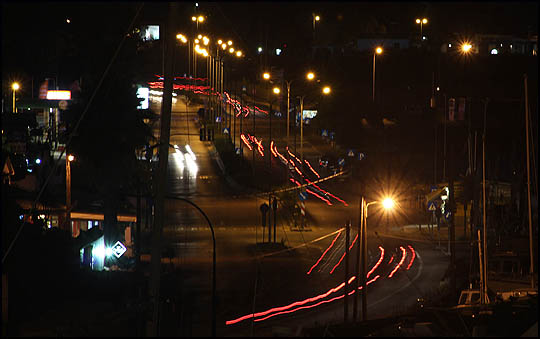 I swap to my long lens and set for a four-second exposure to try to get trails of light from car lights on the road. Even with the camera firmly clamped with my hand to the ship's rail I can't help the vibrations that jiggle the light trails a little. 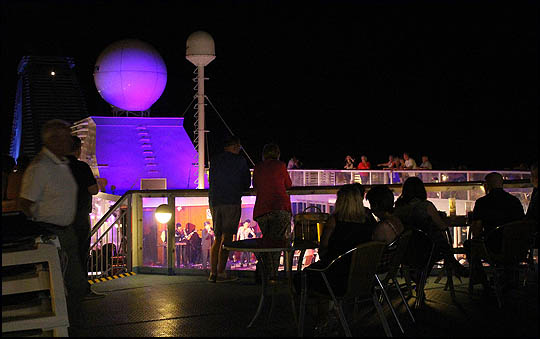 We are standing on the very top deck of the ship - Deck 11. This is the forecastle area around the radar equipment and at the rear of the ship allows access to the funnel stack. A gangway runs along each side of the ship and there is a central hole providing light and a viewpoint to the Pool Deck below.

At the rear is the blue smoke stack. Even in the days of large multi-funnel ocean liners, the exhaust fumes and smoke came out of smaller pipes encased by the visible funnel. Now they are generally run in rows together with a single decorative encasement towards the back of a ship. "Stern!" said David. Oh... er... ok...

There are lots of funnels channelled into a single stack - can you at least try to get that into your brain, you... what? You didn't mean that sort of stern...? There's no pleasing him sometimes... 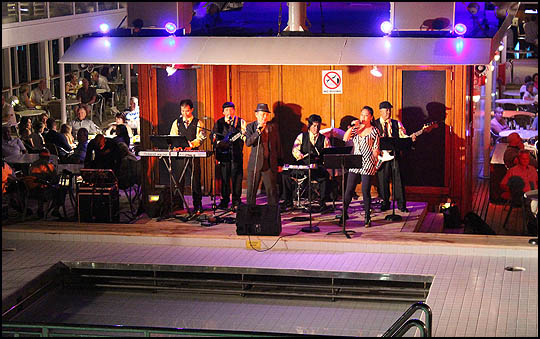 Down on Deck 10 there's a party going on around here! Traditionally the Sail-Away Party is a chance to stay up, have a drink and dance to the ship's resident party band. On Thomson Majesty they were called Muzzik Unlimited and are well worth a listen. And they have a fine array of hats too... 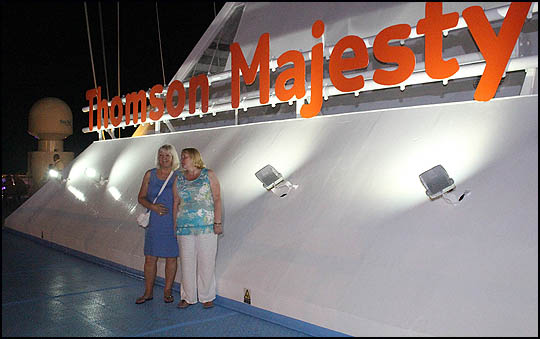 Moving from the blunt bit to the pointy end, Miss Fran and Miss Jeannie chat next to the ship's radar tower. 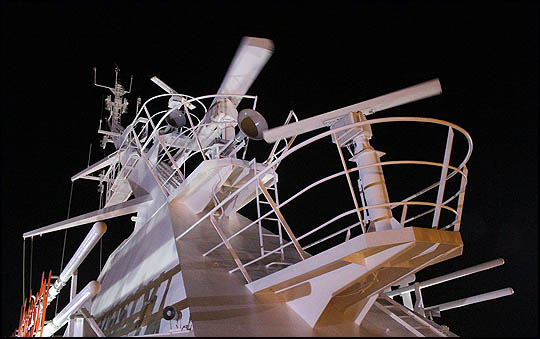 The radar equipment is twizzing round nicely, pinging out microwaves and bouncing them off nearby structures, ships and inquisitive Moby Dicks, ready for our departure. 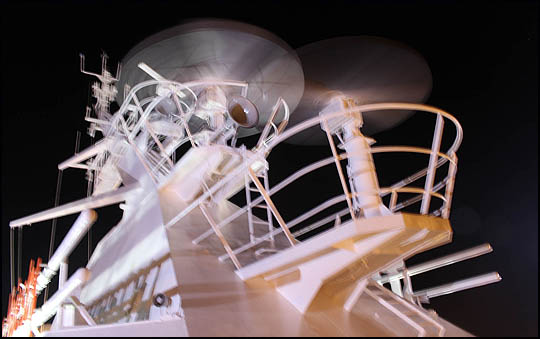 I couldn't resist trying a long exposure to turn the ship into a helicopter but again I can't hold a camera that steady for several seconds. Neat though, huh? 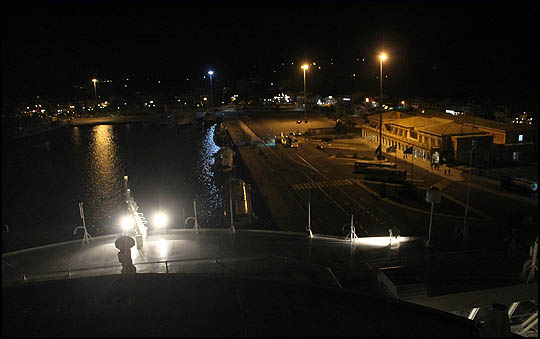 We watched as the last flight came in and the final passengers were processed in the Cruise Terminal. Then the embarkation crew started to walk to and fro between the ship and the terminal, bringing the equipment and paraphernalia back with them. On the dock the blue flashing lights of a police car came and officers stood around an unmarked car on the dock. We weren't sure whether it had committed some misdemeanour or was just a mate they were chatting to. The police car did several journeys up and down the dock with its blue lights flashing and one headlamp out... After half an hour both cars left the dock area one after the other. A mystery it remains... 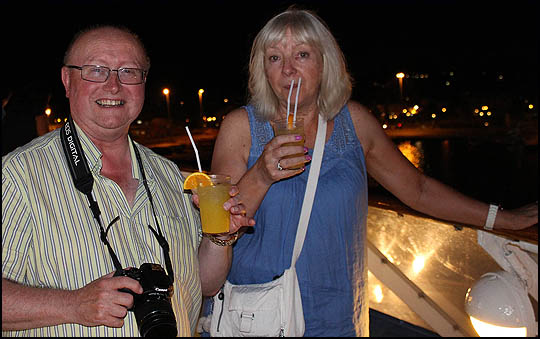 Anyway, what the heck am I thinking? This is it! We're off! Time for another Bon Voyage cocktail! The Hellenic Classics cruise is under way!