Friday night 26 June saw us out at Treales in the depths of the countryside for our gig at the Fylde Farm Weekend. 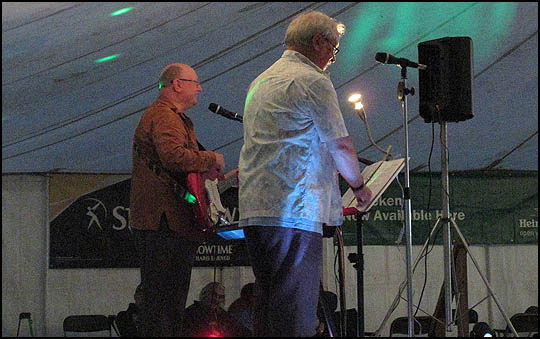 The weather in Blackpool had been a bit hit and miss but the field was nice and firm as we drove over to the marquee for our set-up. 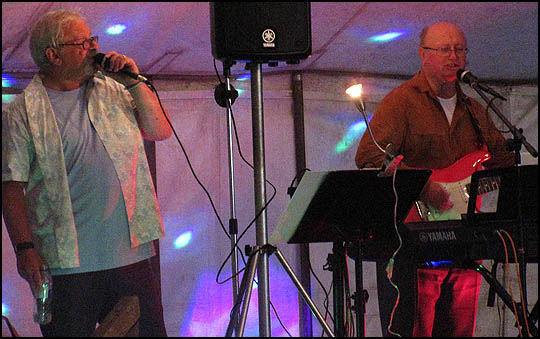 It was our sixth year at this event and the second one that we had played on the Friday night. A quietish start but the marquee began to fill up and we recognised a few faces and they joined into the banter with us a bit and we had a great time. Special mention to the good folks from Leyland Eagles! 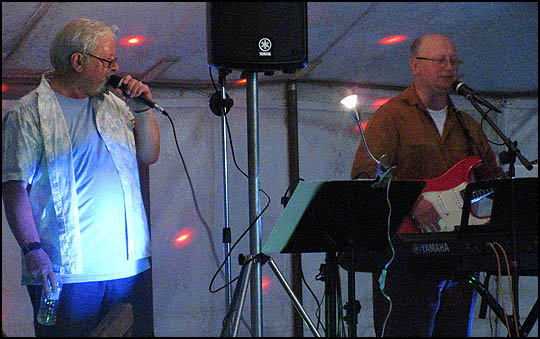 We'd had a request for Fields of Gold to be played tonight - a song we have played ad hoc before but I spent Monday afternoon putting an arrangement together. It was good, but I think I might slow it down a bit and add some pauses in. 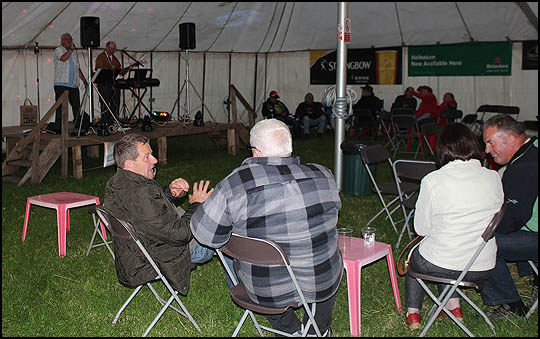 Some fabulous feedback when we finished around midnight - it is much appreciated, folks. Someone told us we were the only reason they came to the event! Well, yes, I do like a good laugh myself... No, it's very heartening to be told such things and to be asked to sign CDs. We floated home once the car was loaded up.

It's become a bit of a tradition to find somewhere to stop and partake of a handful of jam butties that Miss Franny makes when we know we will have a late night. Then I took a wrong turn somewhere and instead of heading for Kirkham, we found ourselves doing the back roads to Singleton. But that was ok once I'd worked out where we were in the dark!