On Friday 4 April 2014 we set off from Manchester Airport to fly out to Tenerife to join the Thomson Celebration on her cruise around the Canary Isles, called Colourful Coasts.

From Tenerife our itinerary would take us to Gran Canaria, La Palma, Madeira, a day at sea on our way to Morocco, then to Lanzarote and finally back to Tenerife for our flight back to Manchester. 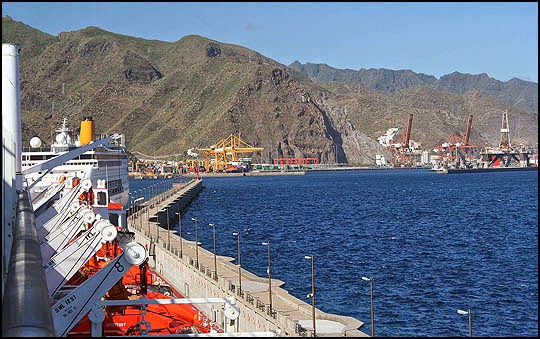 We saw a friendly face straight away. Our transfer from Tenerife Airport took around fifty minutes. Waiting to serve tired passengers off the coach with chilled orange juice was our wine waiter from our last trip, Lito. And then as we walked onto the ship there was Manny, our waiter from last year, waiting to take us up to our cabin!

The cabin was another surprise. As Manny opened the door it was dark inside. In fact Fran's first thought was that it was an inside cabin and there had been a mistake. But then Manny pulled the curtains back and revealed that we had been upgraded and had one of Celebration's new balcony cabins! 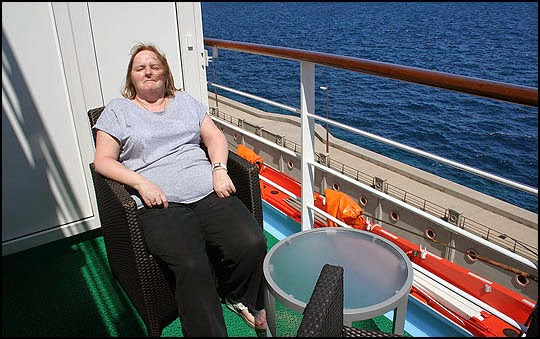 This was to provide us with one of the great highlights of the week - but it was not today, so you'll just have to wait to see what it was! 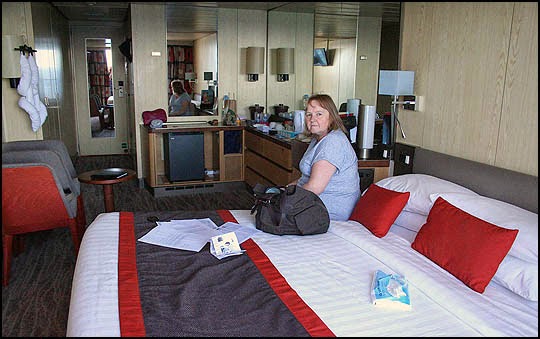 We don't usually spend a great deal of time in our cabin except for night time, but perhaps we would use the balcony instead of sitting in Horizons during the afternoons! 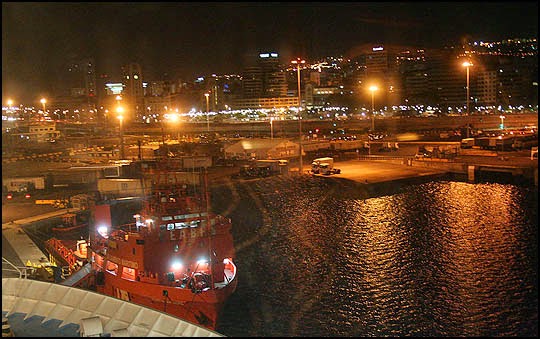 Our sailing on the first day would be late because of the need to wait for the late flights coming over from the UK. It gave us a chance to see the port of Santa Cruz after dark, this photo being taken out of the window in Horizons Bar - hence a bit of reflection. 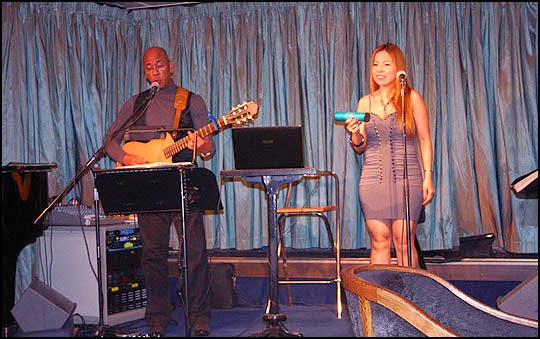 We had only just walked in and there was a squeal of welcome and our friends Tomas and Maris, who entertain as 2Intense in Horizons Bar, were there with hugs and smiles and we knew we were set for a great week around the Colourful Coasts!