Atlantic Dolphins Come To Look At The Humans

Tuesday 8 April 2014. Thomson Celebration spent a day at sea as we sailed from Madeira to Agadir on the coast of Morocco. We were making good use of our balcony and, having missed out on our previous dolphin and whale sighting, I had hung the camera strap over my chair with the telephoto lens attached so I could grab it in an instant. 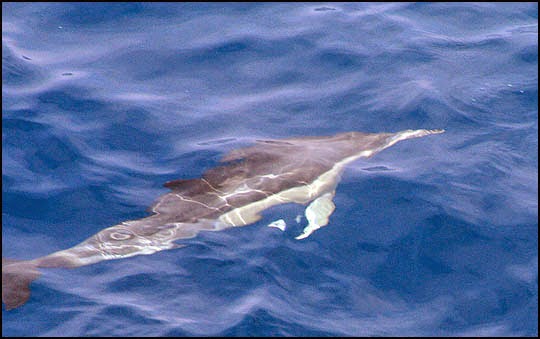 Staring at the sea for hours is pretty boring after the first 20 minutes of anticipation wears off. So I was reading (or dozing) when I became aware that a small crowd were gathering and pointing on the deck above me. 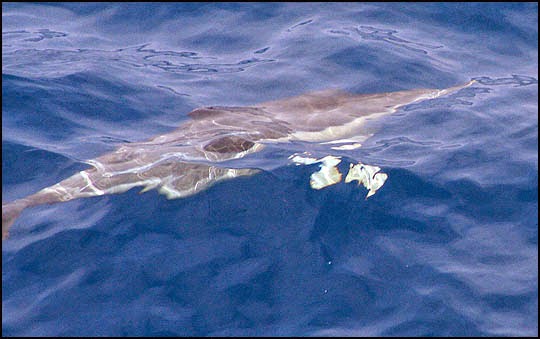 I peered out to where they were pointing and saw in the distance a bit of disturbance on the surface. Dolphins in the wild do jump out occasionally but not to order. They do surf as a group too, coming out and diving back in unison but generally these are shallow dives without clearing the water altogether. 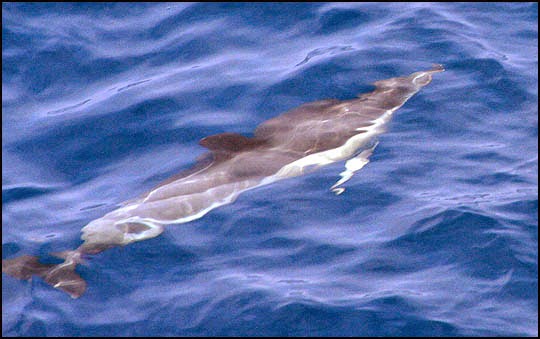 So most of my shots show them under the water. Also we were on Deck 9 - something like being on the 9th floor of a building, so we were a long way above them! The telephoto lens was very necessary but meant that finding the very fast-moving critters was just a touch difficult! 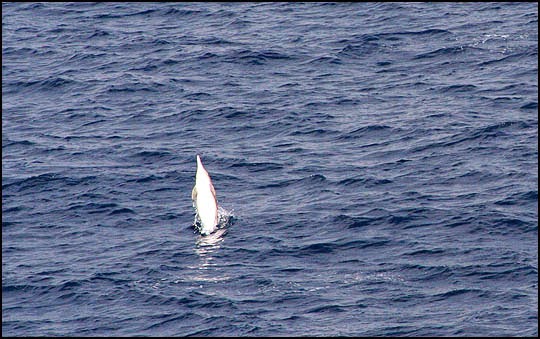 This was my only shot of a dolphin out of the water and this one was quite a distance from the ship. They did come quite close to the side of the ship. I suspect they like to swim and jump the troughs of the wake that ships create from cleaving through the water. But to do that they are swimming fast and difficult to follow with a long lens. 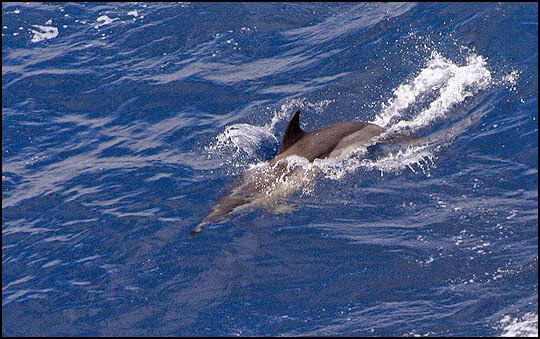 This is my best shot and just a split second after the head of the dolphin fell back into the water. So close and yet...