Monday, 4 May 2009. We are sailing through a number of Croatian islands towards Korčula. 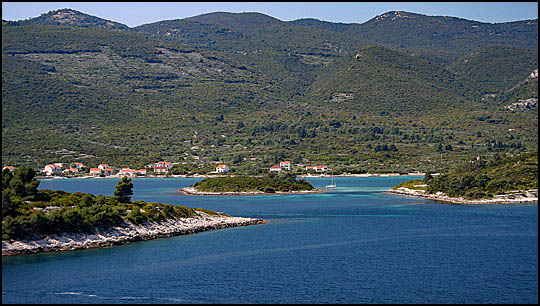 There's some wonderful scenery, set into the deep blue of the Adriatic Sea. 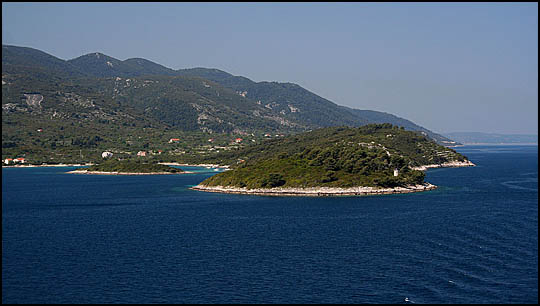 We are up early, taking advantage of the view from the open deck. Groups of islands come into view, loom large for a moment, then shrink again as we carry on away from them. Croatia has over 1,000 islands off its coast. 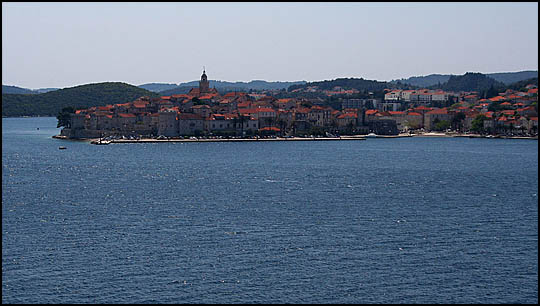 Korčula itself is both island and town and eventually we anchor just off both and are ferried in by the Ocean Village Two's tender boats. 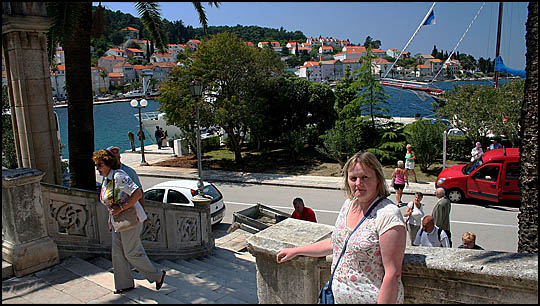 We had decided just to get off and explore on our own rather than take an excursion. 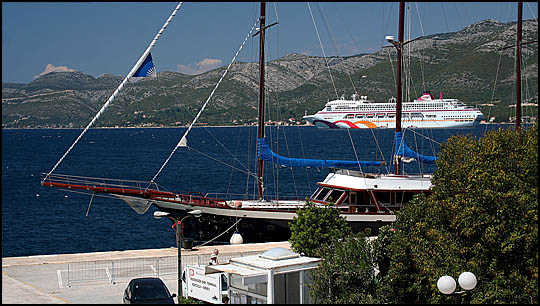 Korčula is quite an easy town to explore with many things to see all within a small area. 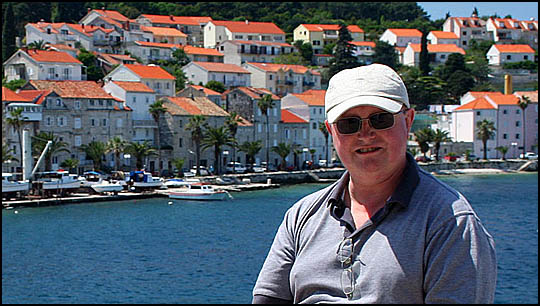 A grand sweeping staircase of stone led up from the harbour road towards the town centre. The ancient part of town is built on and around a hill and many small alleyways lead off the main streets. 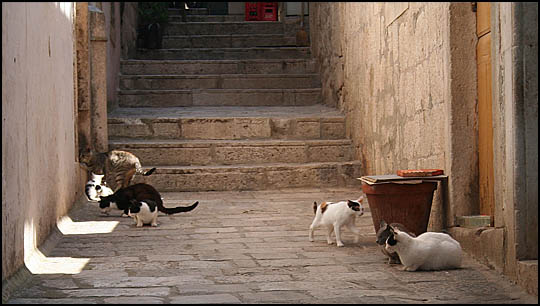 A glance up one of them showed a community of cats, some of them eating something which had been put out for them, a dam stretched out, feeding her kittens. There was something strangely ancient and pleasing about the scene and you knew that you could have walked past this alley a hundred or more years ago and seen exactly the same. 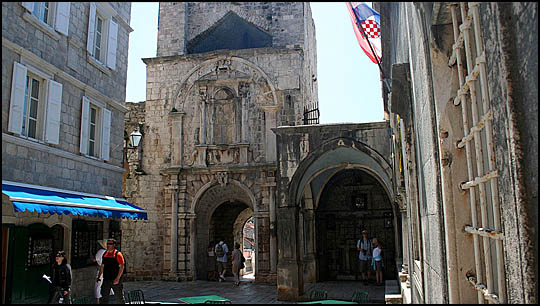 We came to a little square with an imposing gateway behind us. This was to prove even more imposing from the other side, but for now we elected to set our backs to it and walk up the hill through the narrow, colourful streets. 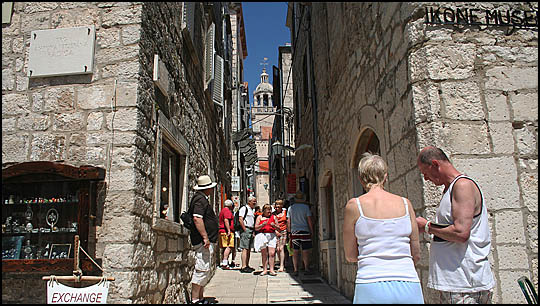 The winged lion symbol of Venice was in evidence here and there but, as we shall see, there are other mementos of different cultures to be found.

Return to Gateways and Gondolas Cruise Index
Posted by John Burke at 08:16