Remember the Riverdance ferry that was wrecked on Anchorsholme beach near Blackpool last January? 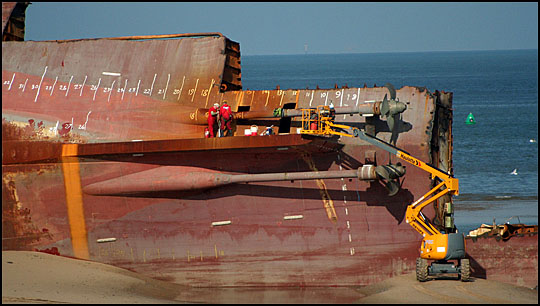 They were hoping for months to be able to refloat her whilst the residents of Blackpool shook their heads sadly and thought "No chance..." Well they have now come to the same conclusion and are in the process of cutting up the ship and taking it away bit by bit. We went down on Sunday morning to have a look and the stern of the ship has already disappeared. The first week of the operation saw the welding torches start a fire aboard the Riverdance - always a distinct risk of this type of operation. 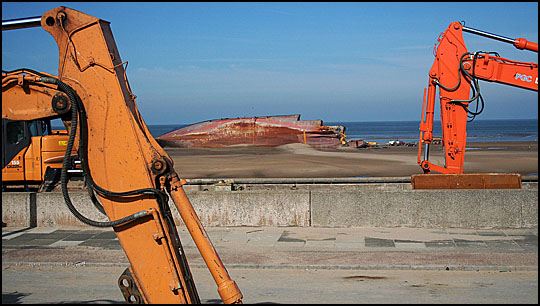 So after six months it seems Anchorsholme is to lose the biggest tourist attraction since the Abana suffered the same fate in the late 19th century. At least there are a few spars of that wreck still left on the beach for people to see. Only a few hundred yards away in fact! Sad end to a ship.

Return to Blackpool Promenade and Beach Index Page
Posted by John Burke at 08:03