I know I live in - well near these days - Blackpool but I'm ignoring illuminations and to be honest, the UK altogether for this entry. Having travelled around Europe quite a bit we have come across many examples of older or just simply decorative street lighting and it's become a habit to look out for them. 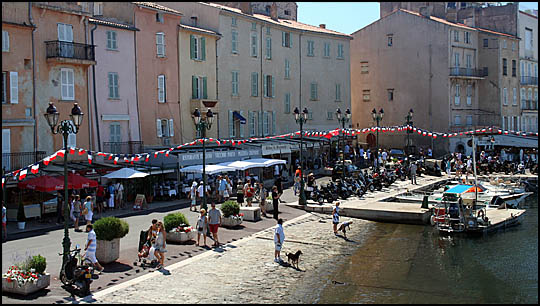 As most of our travels have been on cruise ships, we don't tend to see a lot of places at night, so most of these shots will be daytime. But that does make it easier to see detail on the lamp standards and finials. We'll start gently with this view of St Tropez. 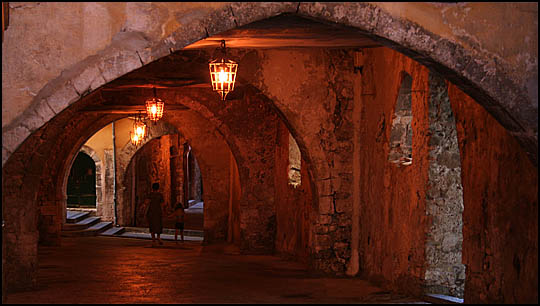 Villefranche nestles between Nice on the French Riviera and Monaco. This street is named the Hidden Street and it runs parallel with the seafront and is totally enclosed. It is lit with what seem to be ancient housings containing more modern electric lights. 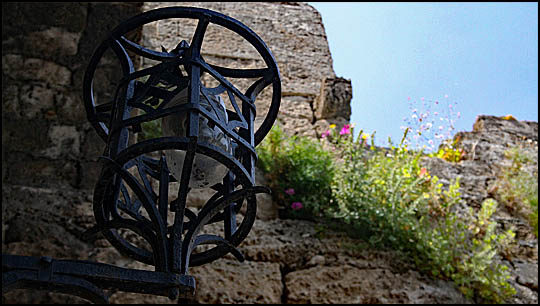 Housings that look as though they should be holding flaming pitch-covered lengths of wood or bundles of twigs always get my attention. This one is above a gateway into the ancient city of Rhodes. Another year and back on the French Riviera; this is Sanary-sur-Mer. Wouldn't it be wonderful to sit on the Promenade and listen to a concert in this band stand with it's old-fashioned lighting? 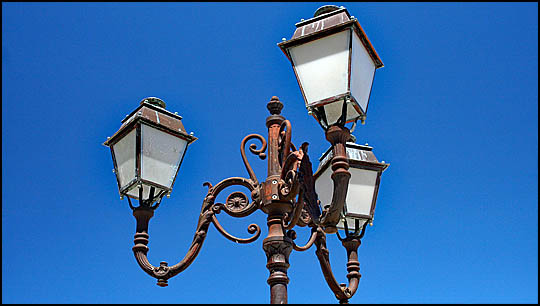 We had just got off our ship in the harbour at Ajaccio, Corsica and this street lamp stood out against the deep of the blue sky. 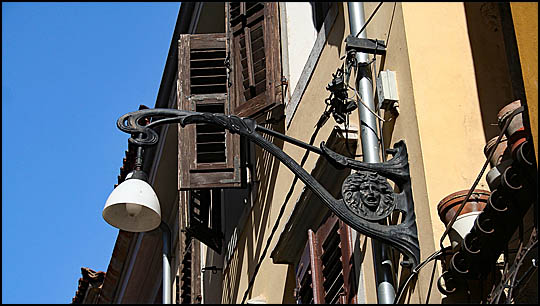 Koper in Slovenia. I particularly enjoy looking around those medieval cities where many of the street lights are attached to buildings rather than lamp posts, because the streets are so narrow. 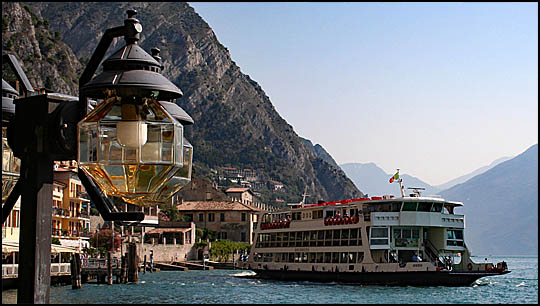 These lights are a touch more modern, but at least a bit of imagination has been applied to the design. They sit on the end of a pier at Limone on Lake Garda, Italy. 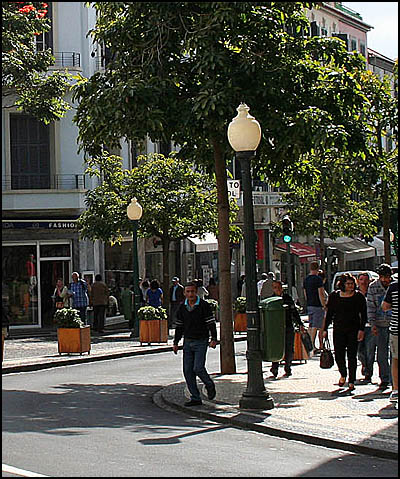 Lamp posts this time. This is Funchal on the island of Madeira out in the Canaries. 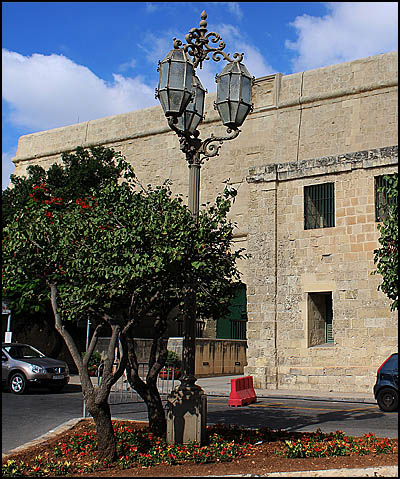 And another one in Valetta in Malta. 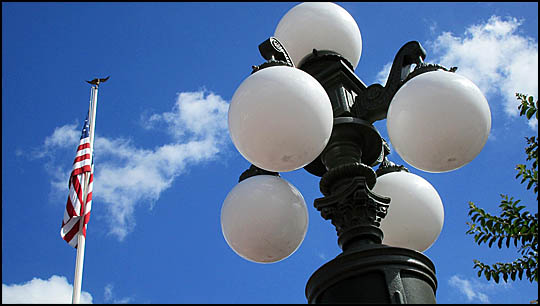 We went a long way to see this one. It's in Walt Disney's Magic Kingdom in Orlando. The flag was a clue wasn't it...? 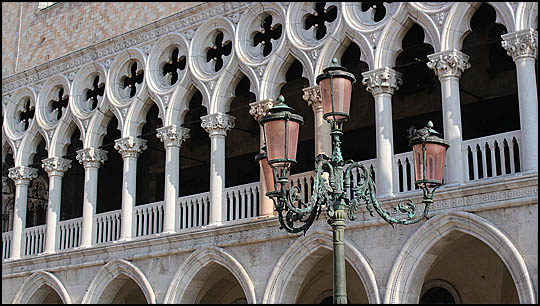 The lamp standards in Venice have pink glass in their casings. Perhaps to make the most of the colours of the Doges' Palace? 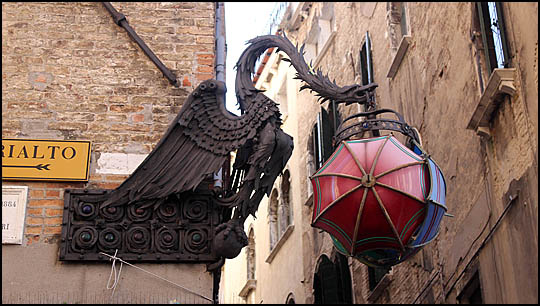 Also in Venice, we found a dragon holding up a bunch of umbrellas! Well just the one wouldn't keep it dry... 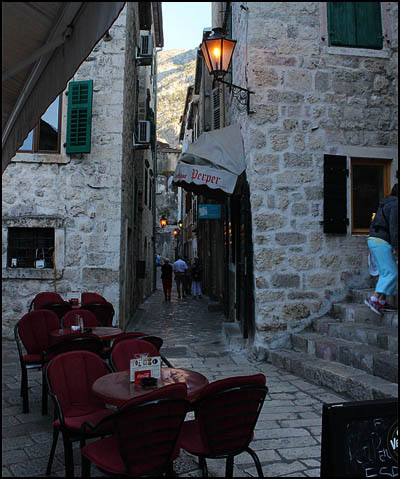 The medieval city of Kotor in Montenegro has such narrow streets and nestles so close under the mountain that the light finds it hard to penetrate and the street lights were still glowing when we arrived one morning. 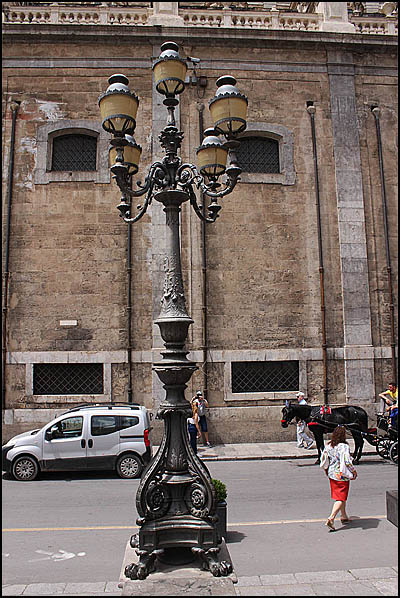 A lovely bit of decorative ironwork in Palermo, Sicily. 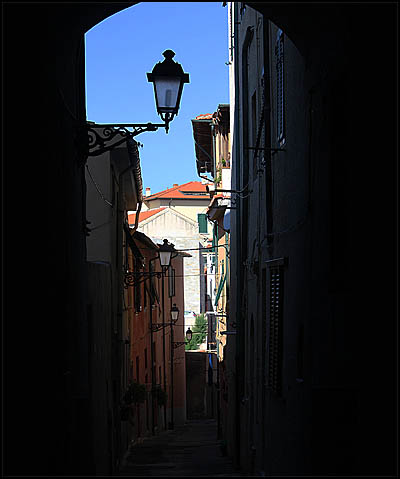 Piombino in Italy and a street that I just happened to glance down as we passed it. For most things architectural it's hard to beat Spain's wonderful city of Barcelona. It's a city where your neck should be constantly stretching upwards to make sure you don't miss anything and for this article I'm going to finish with a second look at Barcelona's magnificent street lights below. 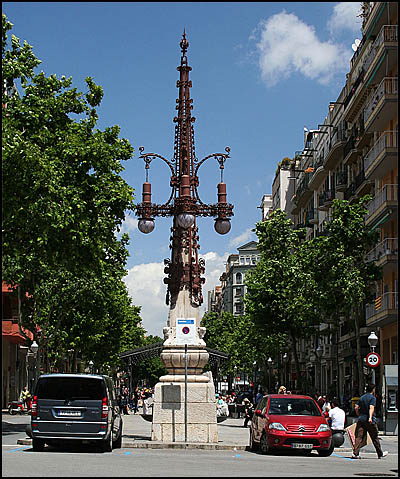