These photographs were scanned from a souvenir photograph album, bought by my grandparents in Douglas on the Isle of Man. As many of the photos in it depict Douglas in 1924, it's possible that it was bought then, but the photographs in it are from 1918 to 1924. 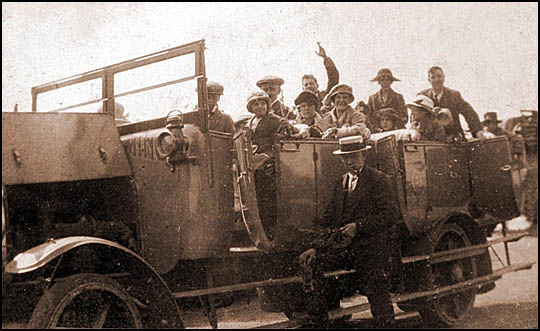 We start off with a charabanc trip from 1919. Great-Grandad Fred Brearley is standing and holding the open door near the rear. It looks like the "charra" may have overheated as the bonnet is open. 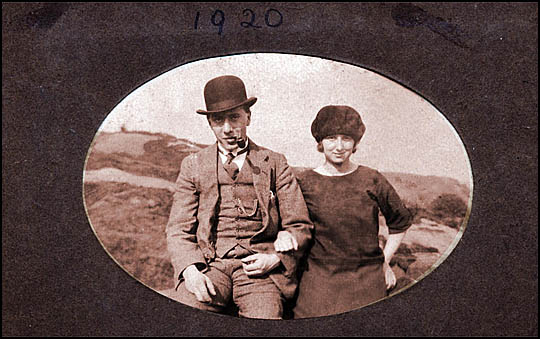 My grandparents John "Johnnie" Burke, for whom I was named and Annie Brearley in 1920. They married in 1921. Here Johnnie would be around 27 and Annie 22. Johnnie's right hand shows the loss of two fingers - an engineering work accident that kept him on Essential War Duties at home during the First World War, perhaps ensuring my future existence! 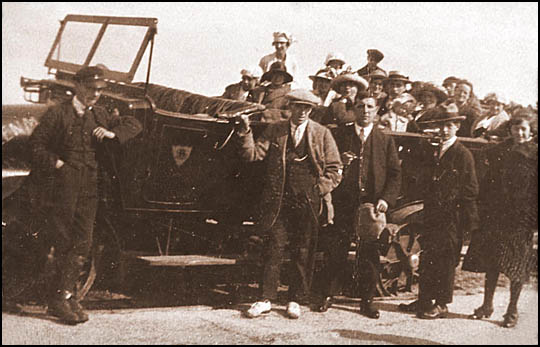 A 1920 charabanc outing. Great-Grandad Fred Brearley is amongst the group of standing men and Great-Auntie Elsie is the girl in the white hat standing towards the middle of the picture at the back of the coach. Johnnie is wearing a straw boater and can be seen over Fred's left shoulder. 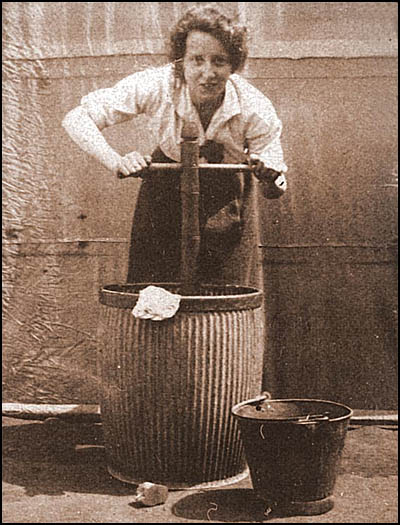 1920 again and a woman's work is never done! Annie wields a posser or washing dolly in the laundry tub. She is looking very cheerful about it here, but this was hard work, and the harsh detergent chemicals of the day would leave hands red raw at the end of it. 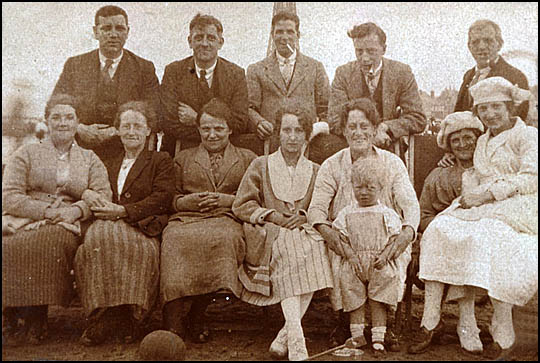 A group on Blackpool beach from 1921. In the centre of the front row is Annie Burke with Johnnie Burke second from the right, back row. Great-auntie Elsie is sitting on someone's knee on the right of the front row. Between her and Annie is Great-Great-Auntie Florrie with her daughter, Doris. Great-Grandma Maggie Brearley is next to the end of the front row on the left and her husband, Fred Brearley is far left of the back row. Blackpool Tower identifies the location beyond doubt, but also discernible on the extreme top right is Blackpool's original Ferris Big Wheel that was demolished in 1928. 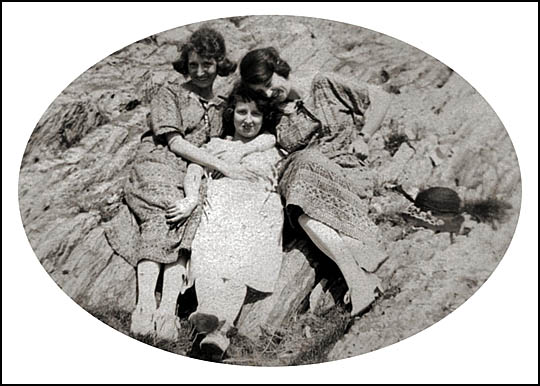 I had to include at least one photograph taken in Douglas, Isle of Man in 1924 and this (though it shows no clue in itself as to the location) is it. Sisters, Elsie and Annie, with Johnnie's sister Mary - always known as "Cissie" at her insistence as she hated her name being pronounced as though it rhymed with "furry"... 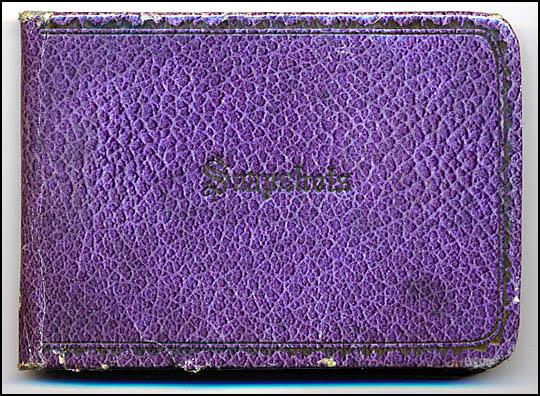