On Wednesday this week the sun actually came out. Once we remembered what it was, we jumped in the car to visit a site I had only visited once before, to photograph it on black and white film in my magazine freelancing days. 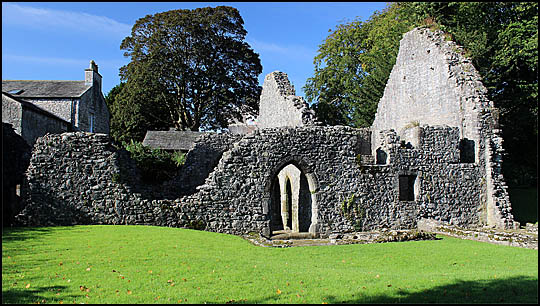 Dating from the early 1300s in the village of Warton, north of Lancaster and Carnforth the ruined building is believed to have been built as the home of the rector of St Oswald's church. 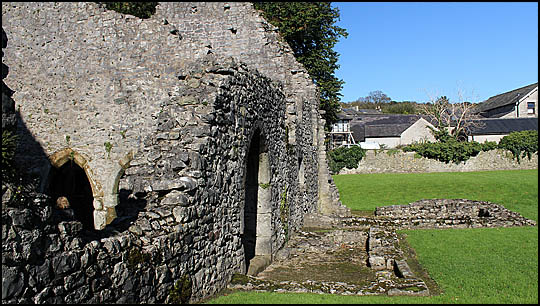 It also hosted Manorial courts, the lowest form of medieval court whose jurisdiction was limited geographically to the local manor. A bit like if modern-day parishes were able to hold courts. 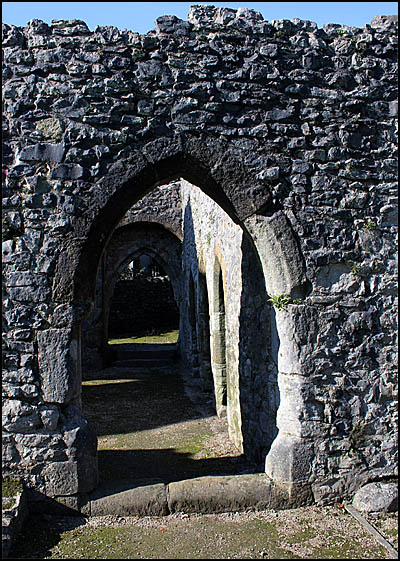 The back door was directly opposite the front door - handy for letting any draughts go straight back out again... er... 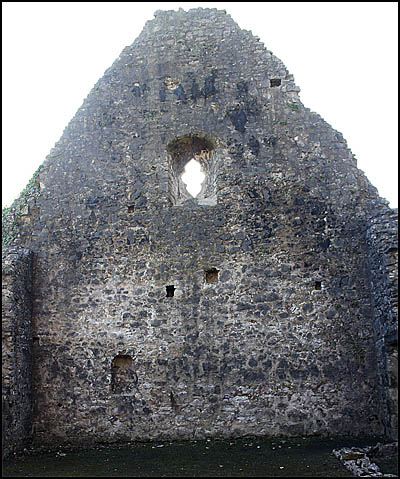 Both gables and an internal wall still stand. This one has an interesting quatrefoil window and below left a recess which could have held a piscina, or washing bowl. 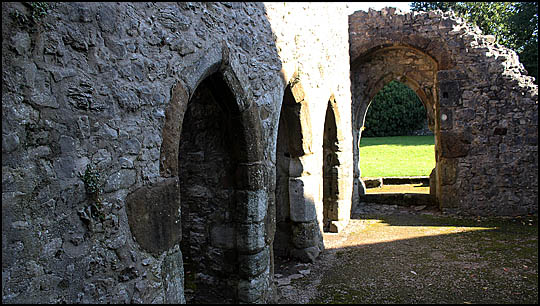 To the north (our left in this photo) the building had a second storey which was a great hall for entertaining and could have been where the courts were held in session. 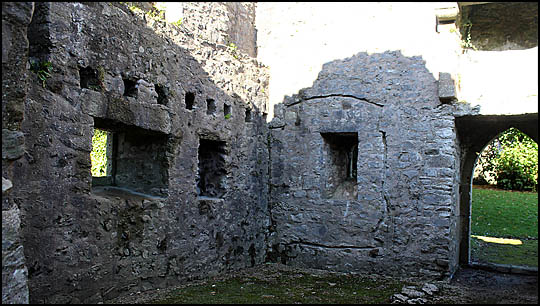 Beam sockets are visible in this view. 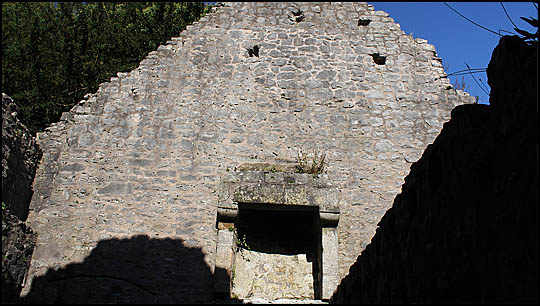 The fireplace of the upper chamber today seems to float halfway up the wall! The rectory has been in ruins for several centuries, though an attached cottage was occupied until the early 20th century. 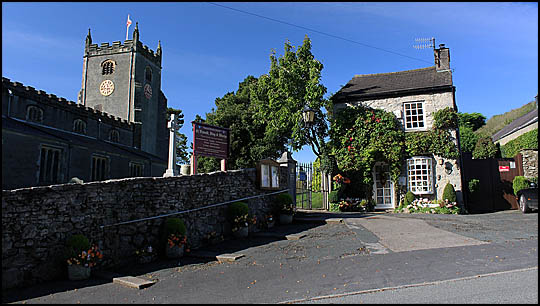 St Oswald's Church, Warton today. It is mainly a rebuild of the 400s, but is thought to have existed since the 1100s or earlier. Ancestors of George Washington of American Independence and first president fame, lived and worshipped here. St Oswald was a 7th century Northumbrian king. Killed in battle his head and limbs were scattered and revered in a number of churches and cathedrals, some of which were dedicated specifically to him. His final battle was at a hillfort, still impressive to visit today and his name has been remembered there: Oswestry.

Return to Curiosities: Buildings and Infrastructure Index Page
Posted by John Burke at 15:53