A short one this time starting with our evening on Saturday , 21 September 2019. 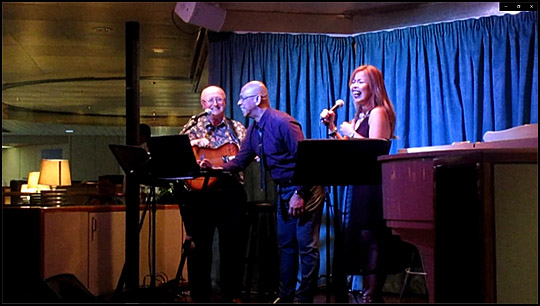 We spent the night (as we always do when 2 Intense are onboard) in Tides Bar, listening to Tomas and Maris do their thing. They knock the socks off any other act I've ever seen on a ship. 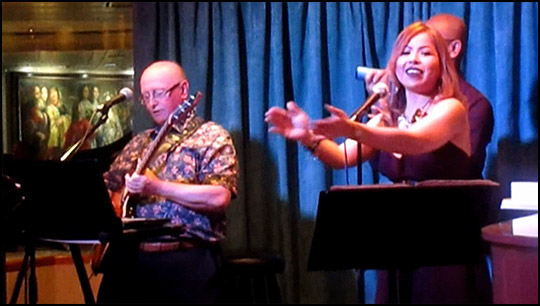 With a friendship going back nine years now, I usually get invited to do a couple of songs a night. I don't take this for granted and it's a privilege to be able to do it. Tonight my two numbers are an instrumental: Wonderful Land, originally by The Shadows and Roy Orbison's Penny Arcade 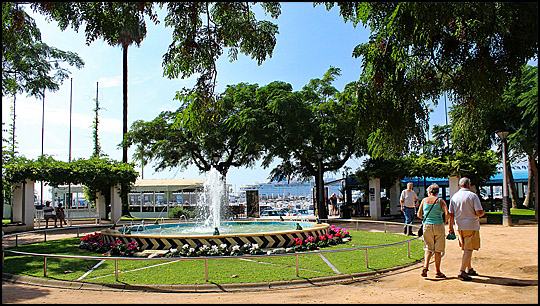 Sunday, 22 September 2019. We were due to be in Sète in France today, but Captain Steve has been keeping an eye on some bad weather and as it is hovering around Sète and added to the fact that there are limited tugs available in Sète in terms of both numbers and power, we are diverted to Palamos in Spain. 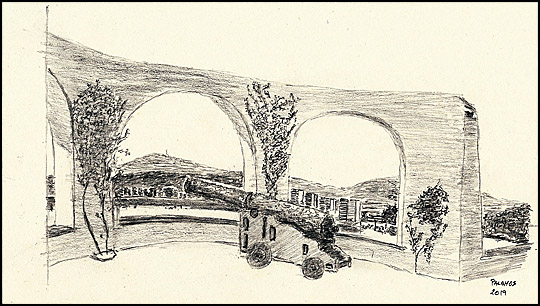 We have been to Palamos before and it has a small centre with shops and a great beach. But it is Sunday so most of the shops are closed except for those catering to the cruise and tourism trade. We have a long walk up the sea front and there are several of these old cannon set in a framework of curved white walls. We sat on a bench and I sketched as best I could, whilst people stood in front of the gun and kids climbed on it. From the state of them I'd hazard a guess that they have been lifted from the sea bed at some considerable time since they fell there! It's our sixth day out of seven on the cruise and we are both ready to fall asleep... We made our way back to the ship and spent the afternoon doing just that for a couple of hours! Going on holiday should be restful? What a strange thing to contemplate, ha ha! 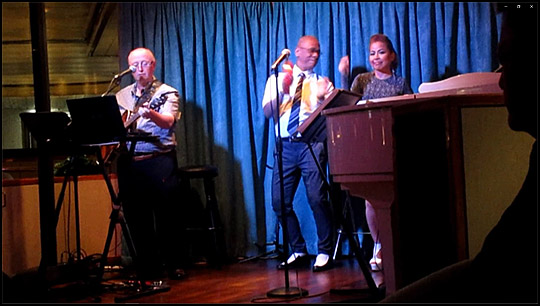 Anyway we are back up, bright-eyed and bushy-tailed for another night in Tides. My two for tonight are another Shads tune Shindig and then Gerry Rafferty's Stuck In The Middle With You. 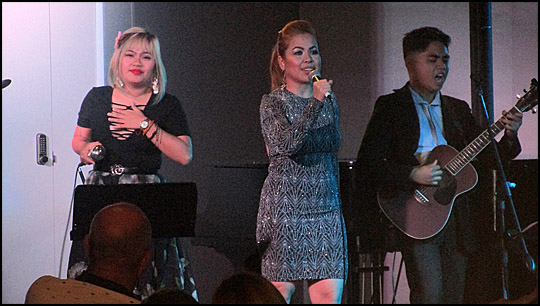 Tomas and Maris finish their set and we head for the Water's Edge bar where Tri-Vibe persuade Maris to do a number. 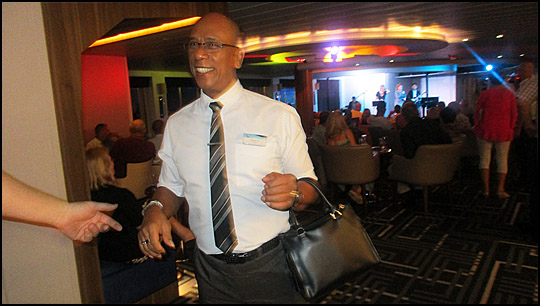 Tomas, meanwhile, is showing off his new handbag...