Stock Ghyll and Ambleside in Black and White

We are heading back to 1982 for this entry. Long-standing readers will know that I have a vast collection of photographs from my freelancing days from the 1970s through to 90s. 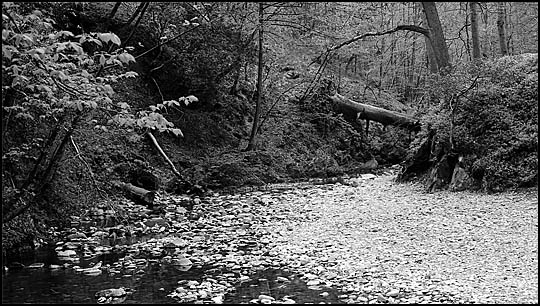 Every now and then as technology gets better and screen resolutions get larger I get the urge to re-scan my old film negatives and the quality always makes me feel it's worth the effort. It could be the scanning software (not though the scanner which I don't upgrade as often), or it could be Adobe Photo Shop software. It could even be my skills with the Adobe. But probably not... 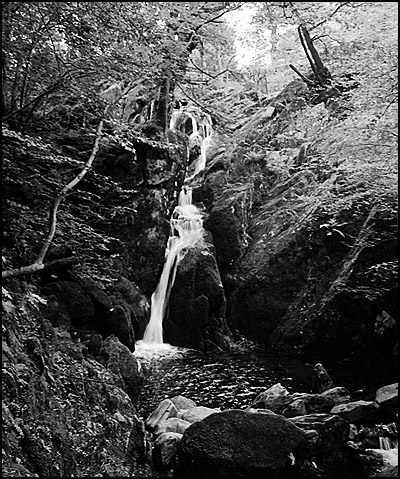 Anyway whatever it is, the photos here were taken on 5 May 1982. On this day we had driven up to Ambleside in the Lake District and walked up the river or stream - I'm never certain as to whether there are rules that say when a stream becomes a river... Anyway the water in this case is called Stock Ghyll. "ghyll" is a northern word for narrow valley or ravine or mountain stream and is derived from the Norse "gil". We climbed up this fairly steep ravine as far as Stock Ghyll Force - "force" being another local word for "waterfall". 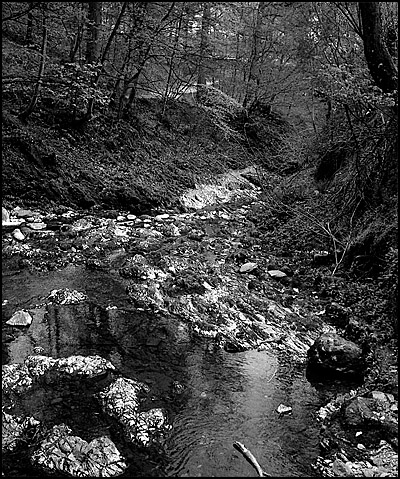 At the time I was regularly supplying photographs as stock images to a number of magazines. The two local magazines most inclined to actually use them were Lancashire Magazine which at the time was a bi-monthly magazine who encouraged me to start writing articles for them and Lakescene - What's On In Lakeland which was a small A5-size magazine that gave a monthly round-up of special events taking place in Cumbria over the next month. 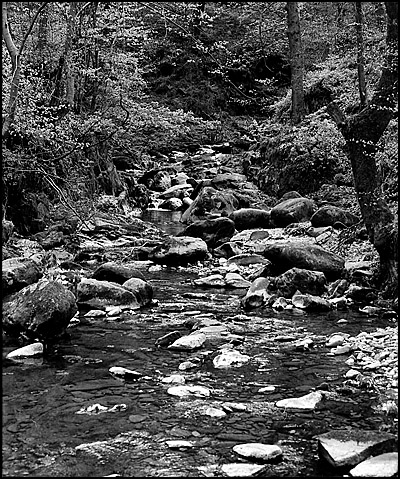 Despite the small page size, Lakescene printed one photograph full page every issue on the right hand on the first opened page. Two of the photographs from this article would eventually make their way onto this exalted page. 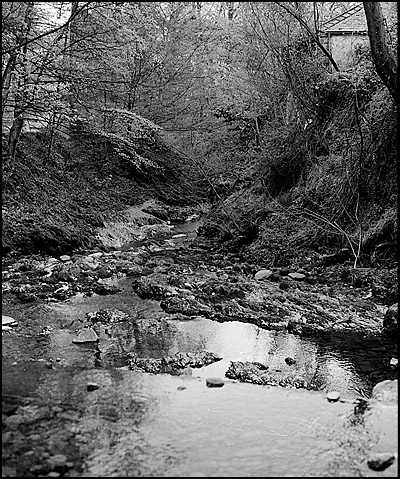 Which is the reason why I took so many of them in portrait orientation. I used to research my magazines quite thoroughly. What was the ratio of colour to black and white? In 1982 only top end magazines had much colour apart from maybe the cover. Lakescene, with a relatively small readership, used black and white even on the cover and making that spot was an even more satisfying achievement than their full-page "page 3" spread. 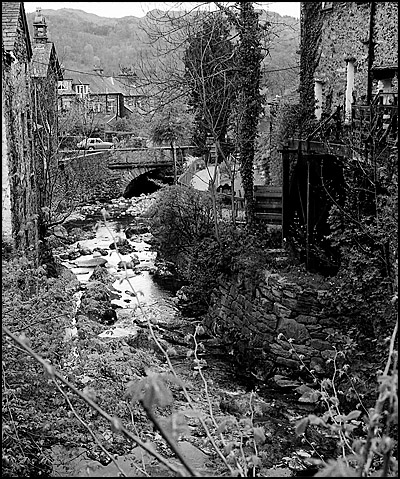 Then I checked the ratio of portrait to landscape photos, whether human figures were always/never included, whether views were identifiable or general, whether they were balanced, tended to be dark or light in tone, whether they were always taken in sunshine or was bad weather sometimes included etc. If you wanted to be successful it was no good sending a magazine photos that they would never even consider. Doing your homework was essential. Editors were busy people. They would send your photos back (if you had supplied a stamped and addressed envelope) but never, ever, with a letter saying "We would have accepted these if..." 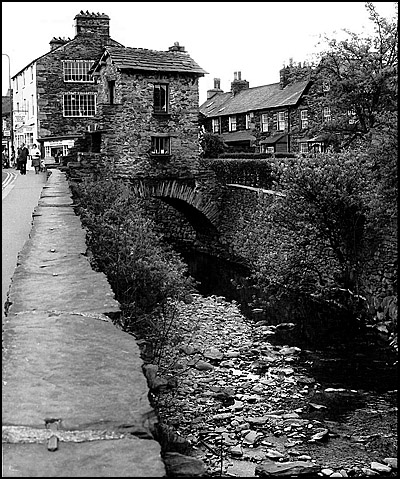 And here, having walked back down the hill into Ambleside, taking photos all the way, we arrive back to see Stock Ghyll make the stone-lined curve at the foot of the hill to flow underneath the quaint Bridge House.

Return to Lake District and Cumbria Index
Posted by John Burke at 11:13