Back in 1977 everything was labelled "Jubilee". It was the year of the Silver Jubilee of Queen Elizabeth II and after a period when the Royals were out of vogue all of a sudden Britain could not get enough of them. The entire country went red, white and blue and Blackpool celebrated with a Jubilee Air Show, held at and over the Squires Gate Airport over the weekend of 28-29 May 1977. 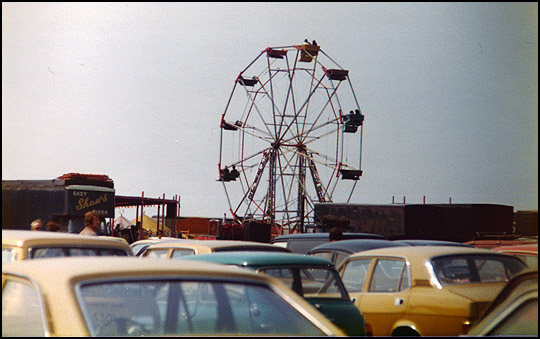 The airport was not as busy then as it was to become. Apart from the Isle of Man, round the Tower and the occasional mail planes, it was fairly quiet. Quiet enough at any rate to hold the air show overhead with just a couple of regular flights taking off or landing between displays. 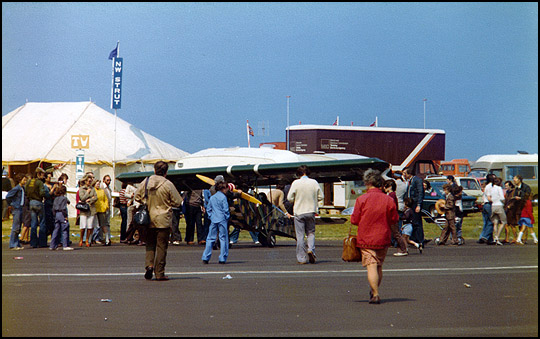 I was there myself and yet when I look back at these photos I took almost 40 years ago, I'm amazed at the carefree, let the punters walk round the aircraft atmosphere that there was. Yes there were a few barriers - even then, Health & Safety was not about to let people wander about the runway. But they could could walk around very close indeed to the aircraft including some which would have display slots during the day. 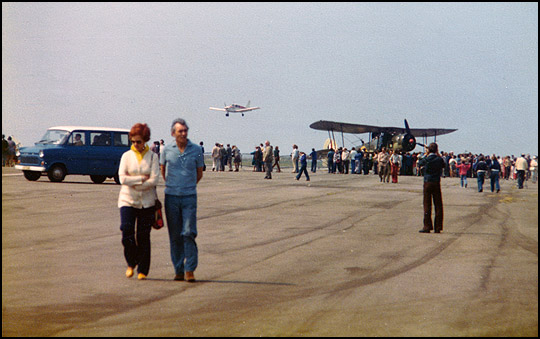 As witness the crowd around the Fairey Swordfish - we'll have a closer look in a minute - during one of the pauses in the programme to allow a local plane to land. 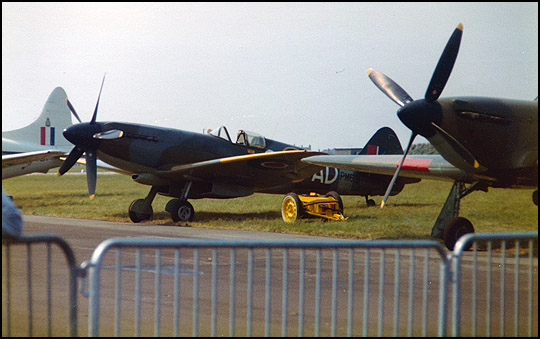 There were two Spitfires flying that day, one of which was licensed for a full aerobatic display and the other which was allowed to fly up and down alongside the row of spectators at the barriers but without doing any loops or rolls. 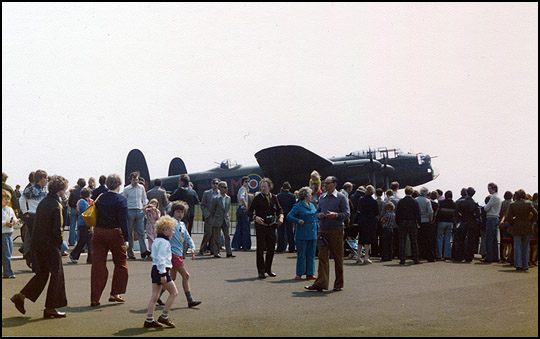 The Avro Lancaster, probably Britain's most famous World War II bomber, was there in the shape of the City of Lincoln which flew during the day and when not airborne was parked close to the barriers. 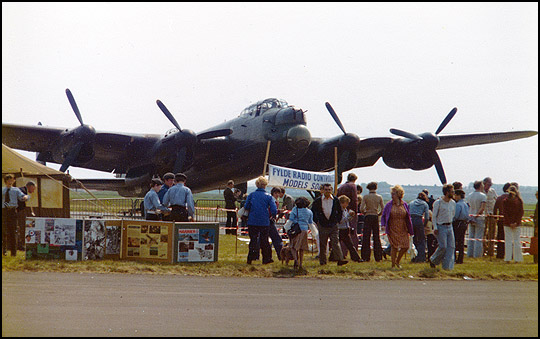 The Fylde Radio Controlled Models Society had laid out a display before the Lancaster. I think there was a smaller version of a Lancaster there. They too gave display flights of their models as part of the day's programme. 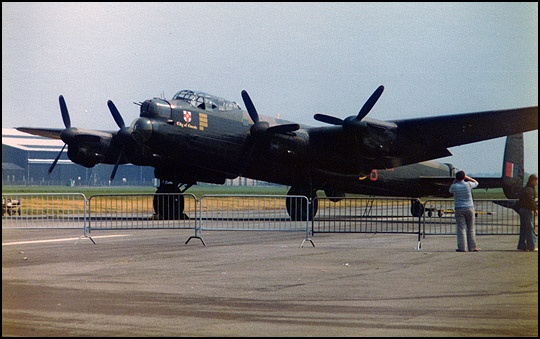 A few shots of the Lancaster... 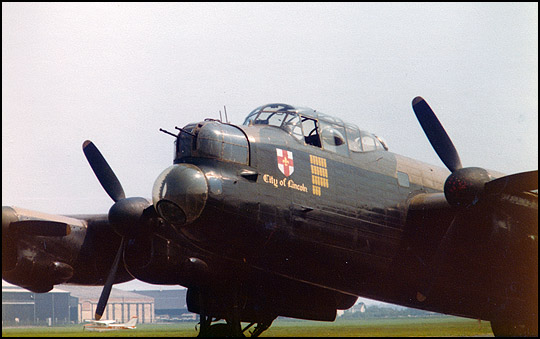 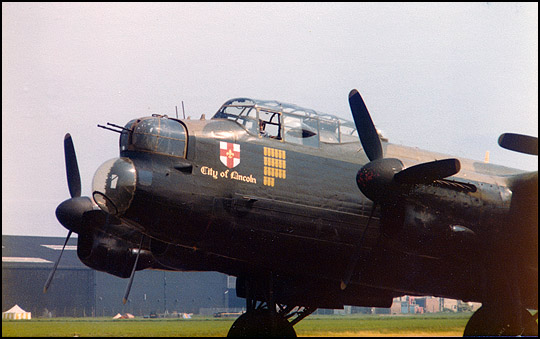 It had been built right at the end of the war, too late in fact to carry out any hostile missions. Instead she was put to use undertaking aerial surveys over Africa until 1952 when she returned to the UK to face an initially uncertain future. Luckily she was spared and restored and joined the Battle of Britain Memorial Flight in 1973. 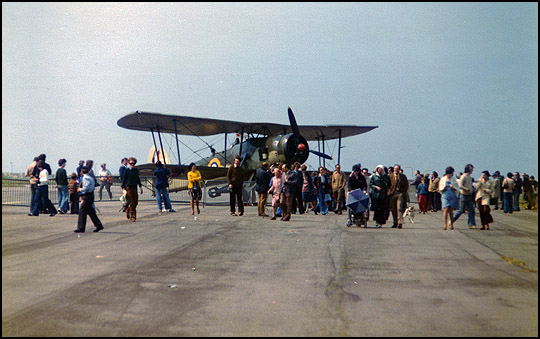 The Fairey Swordfish was one of last biplanes in service with the British armed forces, serving in the Fleet Air Arm as torpedo spotters and dive bombers. Already considered obsolete by the start of the war, the 1936 Swordfish never-the-less had great successes in their field and served right through to the end of the Second World War both in Europe and the Far East. 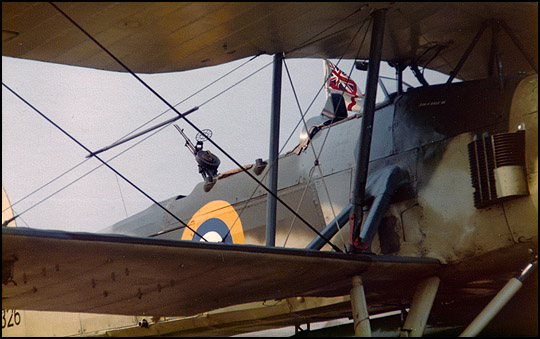 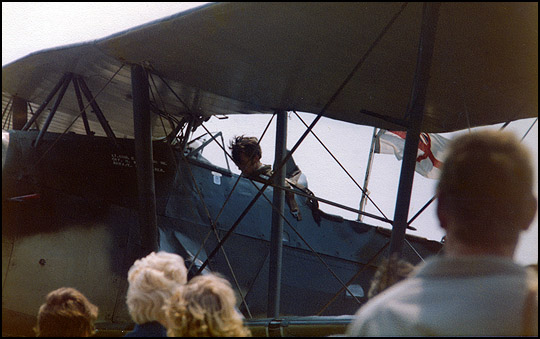 The photos here have been scanned from prints, the negatives having been lost I'm afraid. Yet another of my collection of photo albums from the year 1977.