This will be the final instalment from this particular photo album, but fear ye not, good reader, for truly I was a nerd of gargantuan nerdic proportions in the Seventies and already the next album has been selected. More details later! 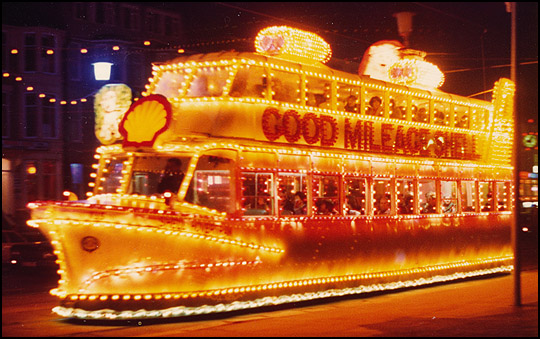 This final article for Album No.3 deals with some of the illuminated tram fleet. Nostalgically it looks back at those not seen on the Promenade tracks any more. This is the Shell Hovertram which first appeared in 1963. Cutting a fine figure on the Promenade it was a double-decked tram and an instant hit on the Tour of The Illuminations route. Withdrawn along with most of the other illuminated trams by 2001, it is currently being restored in the North East. 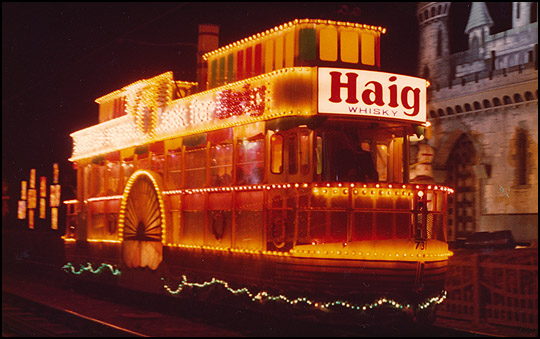 The 1959 Blackpool Belle disappeared off the tracks the very next year after this photo was taken in 1977. In 1978 it went to America and never came back. Based on a Mississippi paddle steamer it was not a passenger carrying tram. Instead it would trundle up and down the Promenade playing music very quietly. If you were walking on the Promenade admiring the illuminations and it approached from behind, there was a moment of puzzlement when you turned to your companions saying "Can you hear something?" before it passed and it became obvious where the sound was coming from. 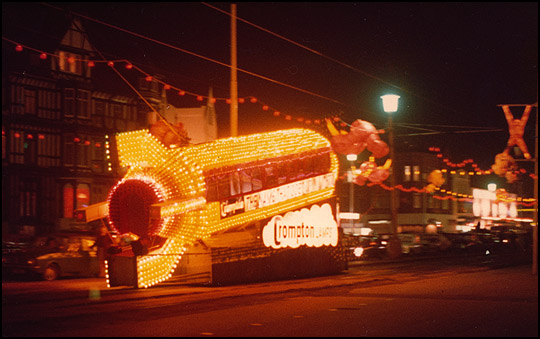 And lastly - yes, a short entry I'm afraid - here is the fabulous Rocket tram, or Tramnik 1, which appeared in 1963 and was the only tram to have a sloping cabin. It was also the only tram to have two redundant waxwork figures from Louis Tussaud's. No less personages than King Peter of Yugoslavia and General Neguib of Egypt sat in the front above the real driver's cab, dressed as astronauts. It was withdrawn in 1999, but has since made an appearance during the illuminations as centre-piece on the Gynn roundabout. 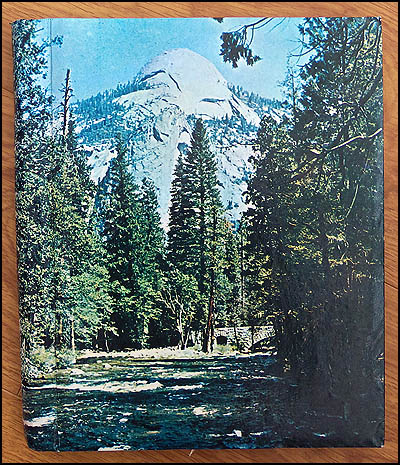 Thus ends my sharing of photos from this photo album. Album No.4 includes some photos from which I still have the negatives so some may have already appeared on this blog. It does include, however, a record of the Jubilee Air Pageant of 1977, held at the airport and also some shots of the Standard tramcar doing service as a works car.