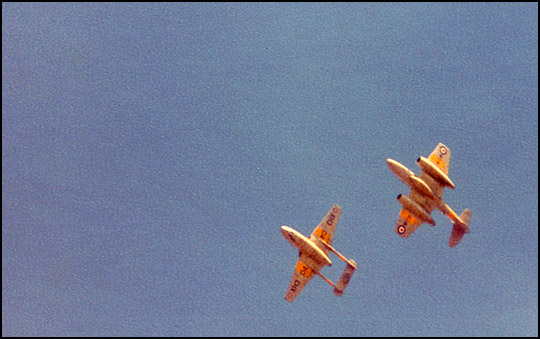 Blackpool is famous for the quick-fire changes of weather. A spell of blue sky provides an excellent backdrop for the RAF's early jets, the Gloster Meteor and the futuristic-looking De Havilland Vampire with its twin fuselage. 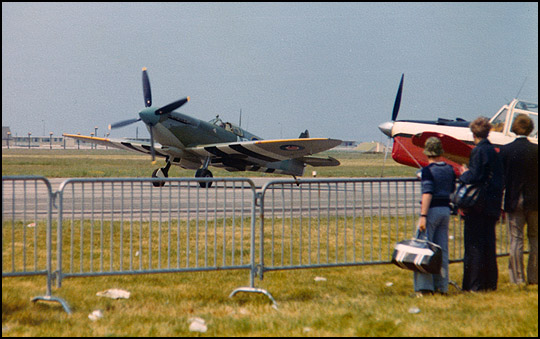 An air of excitement always seems to go through the audience of air shows when the Spitfire makes an appearance. This one taxis out to the runway to give its display. 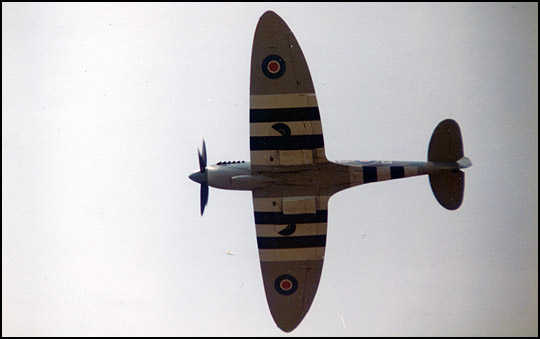 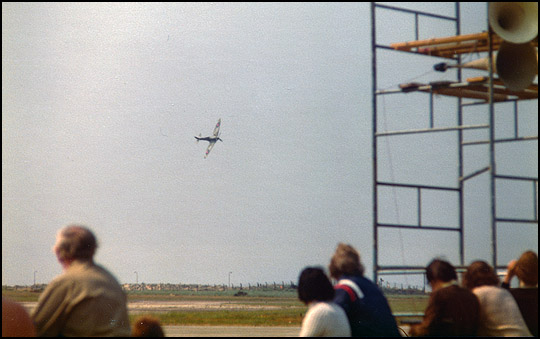 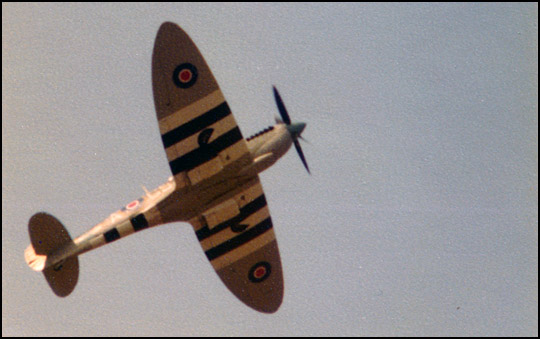 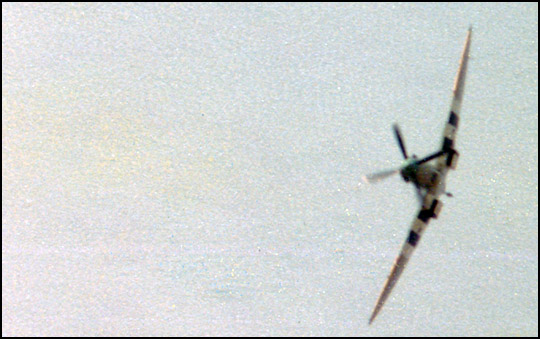 Ah, just the sound of the merlin engine causes shivers down the spine! 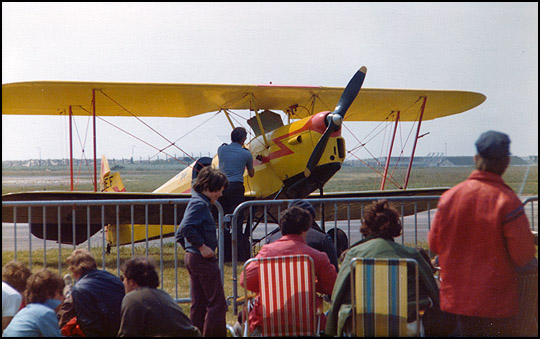 Biplanes have been a feature of air shows since the very first days of flight. I'd like to be really authoritative and say "This is a Tiger Moth" but the truth is so many planes looked almost exactly like that famous aeroplane that it could very easily be something else. If you know, leave a comment! 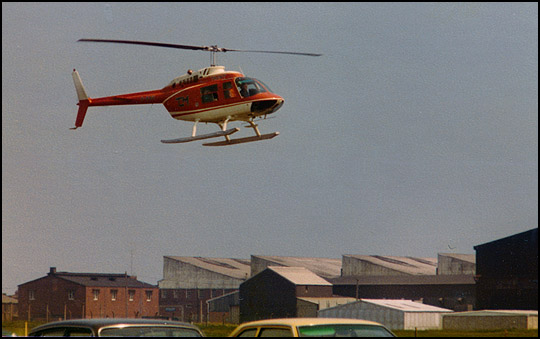 The displays are brought to a pause whilst a helicopter takes off on other business. 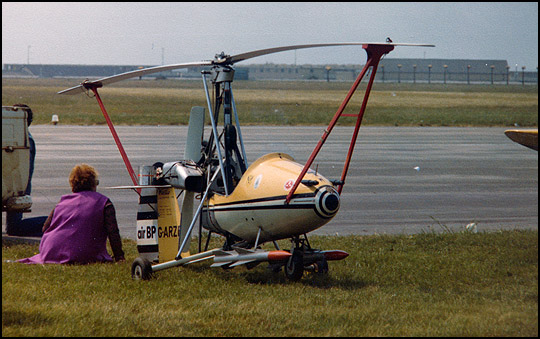 Little Nellie the autogyro from the James Bond film You Only Live Twice took part in both ground and air displays during the air show. 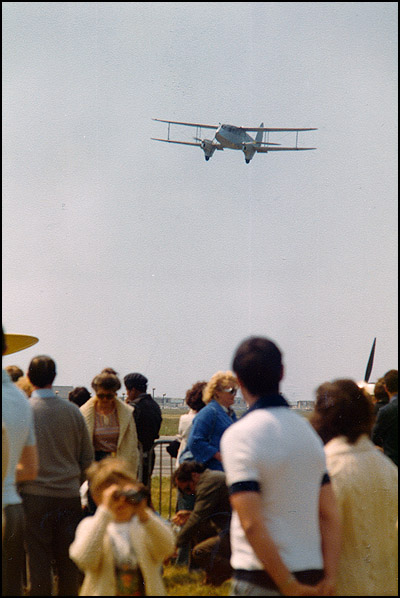 A good day for De Havilland... The De Havilland Rapide was a 1933 passenger aircraft built of plywood and carrying six to eight passengers. They had been used for regular air services in the 1930s between Blackpool and the Isle of Man. 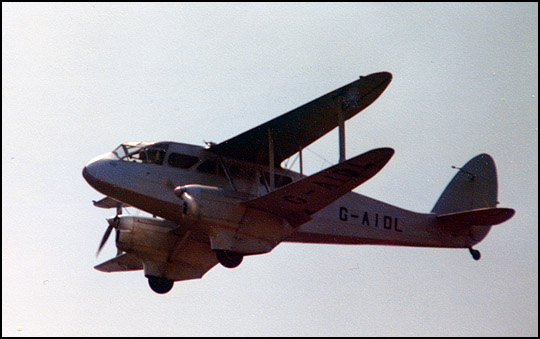 The photo album that these photographs came from holds several photos that I still have the negatives for and consequently many of them have already appeared in articles in the blog. But there are a couple of photos of the old Blackpool standard tram whilst in operation as a maintenance vehicle and I'll get those scanned soon.