Keswick On A Sunny Day

Yesterday we were motivated out of the house by a strange glowing ball in the sky and picked up daughter Gill and Granddaughter Grace to have a day out up in the Lake District. 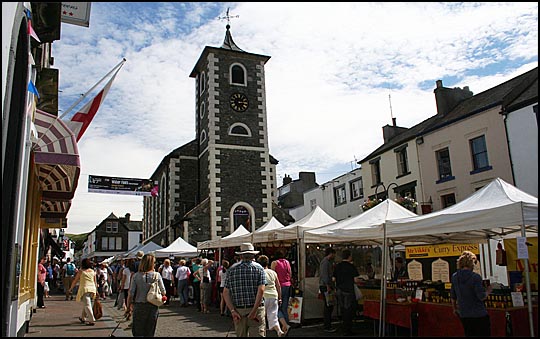 We ended up in a rather crowded Keswick, managing to park in the fourth car park we tried! First stop was lunch - a dire need as far as Grace was concerned - and then we had a look around the shops and I seemed to find and photograph but sadly not sample (I was driving) a large number of pubs! 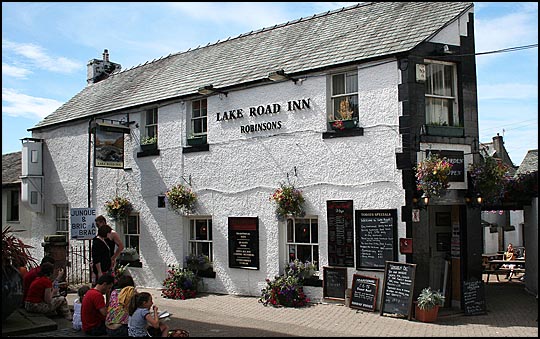 Here's the Lake Road Inn as an example, but you'll find more pub photos from the day in this Flickr set. 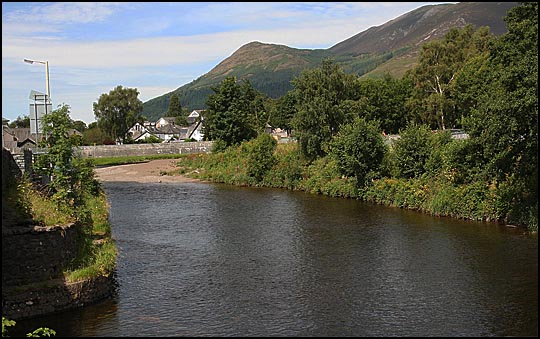 Keswick has two rivers running through it. This is the River Greta, taken from the bridge leading to the wonderful Pencil Museum. Cumberland pencils and crayons were part of my childhood and this is a fun and interesting place to visit. 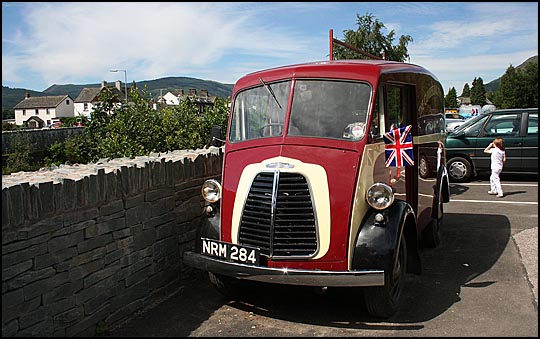 Their Morris J Commercial van is parked outside. I remember these on the roads in fairly large numbers - the Post Office used them extensively in the 1960s. 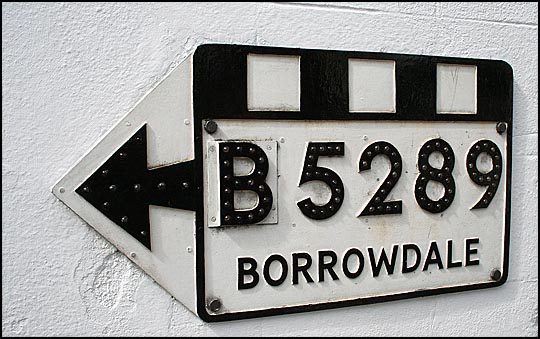 And contemporary with the van, we found this old style traffic direction on the side of a building. Before more reflective materials became available glass beads were inset into the letters and numbers that reflected back headlights at night.

It looks as though the B5289 used to be an "A" road and was downgraded at some point as the letter "B" has been stuck on top of the original letter.

We didn't get down to the lake as with Grace with us, our day revolved around being in an appropriate place to feed her at times dictated by her internal clock!

Return to Lake District and Cumbria Index
Posted by John Burke at 11:34