From Riva to Torbole and Back

Sunday 19 August. Sunday morning and we set off to walk the 4km to Torbole. 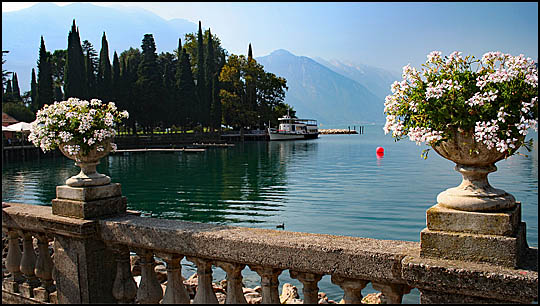 This is the day for some wonderful Lake Garda scenery. Although we set out straight after breakfast the temperature was already in the mid to high 30s and climbing. The last 2km were gaspingly hot! 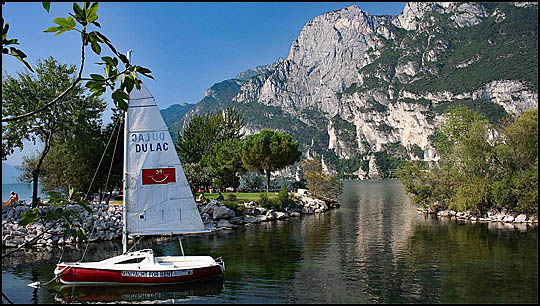 This is one of the most scenic walks to do. The Via Gardesana. From this little inlet you could hire boats and small yachts to go out on the lake. Tiny black fish were swimming in the water.

Now we come to the beaches. Pebble beaches but none the worse for that. This being a Sunday they were crowded. The north of Lake Garda is within easy reach of Munich and lots of Germans come down for the weekend either to laze on the beach and top up tans or to squeeze themselves into lycra and scare you to death by powering past on racing bikes, groups of ten or more all dressed exactly the same, determined looks on their faces, sparing neither man nor beast... Even if they are not exactly in a race they act as if they are and any lesser mortal who doesn't give way will soon be shy a limb or two!

I didn't take any photos of the beaches because I didn't want to be labelled as I labelled the several old guys who were wandering up and down past the bikinis and odd topless young damsel openly holding their i-phones in the air, videoing the female delights they passed. For Heaven's sake! Now I can appreciate the feminine form as much as anyone but this was a step too far methinks! However, nice to see that the Italian elderly have a grasp of technology... 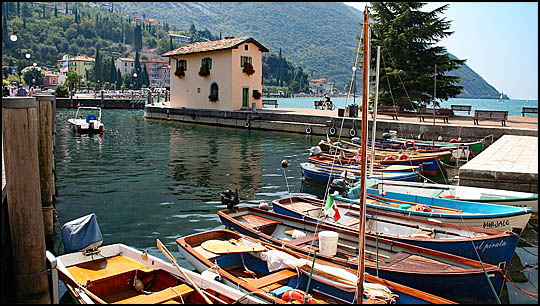 And so we reach Torbole. Hot. In need of a drink. Wanting to sit somewhere in the shade. And this spot, overlooking Torbole's harbour with the delightful little building on the jetty affords us just that with a set of tables under a roof but open on the side to allow us the view. 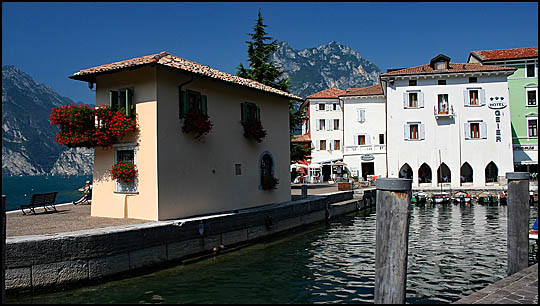 We were sitting behind the arched windows seen on the right of this view. No matter what angle you choose that little building just looks perfect! 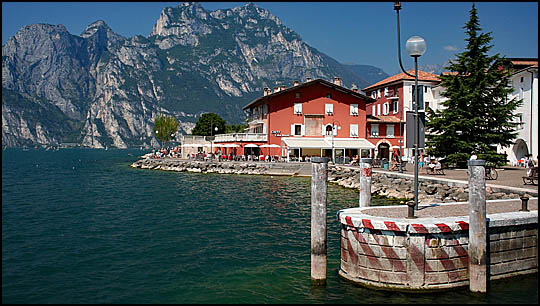 At the northern end of Lake Garda the mountains rise up on both sides and it's almost impossible not to point your camera here there and everywhere, snapping away. 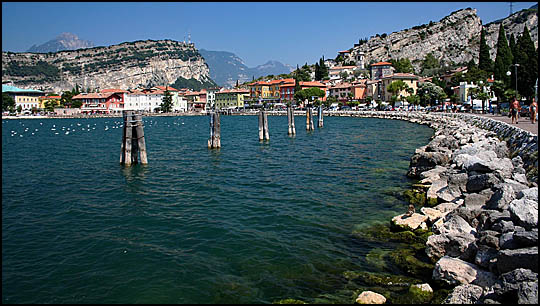 What an expensive place this would have been twenty years ago when we all had to use film and then pay again to have it processed. I used to spend a fortune on film and "D+P" as we used to call developing and printing. I'd have bankrupted myself here! 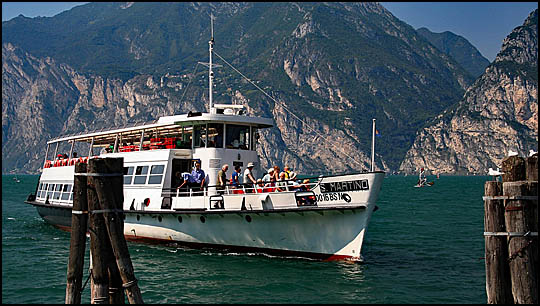 We spend a little time in Torbole. Then walk down to the landing stage to catch the S. Martino ferry back to Riva. It's only 4km. But that is just too far to repeat the walk in this heat! 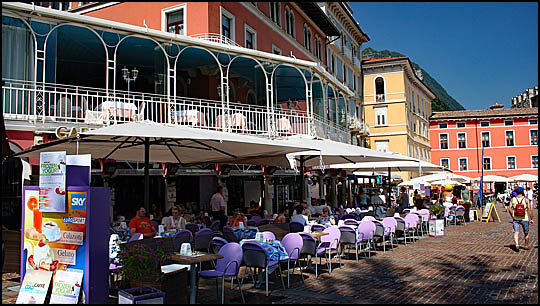 Back in Riva and we have the now inevitable stop at Gelaterie Cristallo. From here we can sit and watch the ferries arrive and depart. Tipple of the day is an Aperol Spritzer. 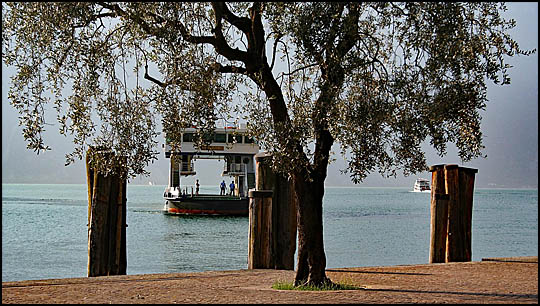