Last night Creeping Bentgrass played a social "Dance Nite" at Catforth Village Hall. My SatNav tried to take us down a dead end again. Luckily we recognised it as one that we tried before, having to turn back when it became a rut and yawning chasm-filled dirt track. Instead we did a somewhat circuitous route to get there... The journey back was much quicker as we decided to ignore the SatNav! 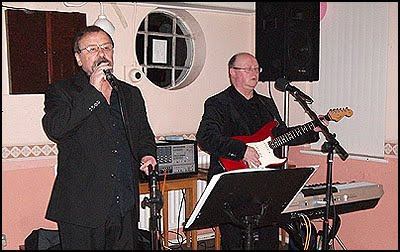 We set off with the usual country and folk sets to an enthusiastic audience. As the hall warmed up (literally), a couple of balloons exploded quite spectacularly close by my head - talk about playing under fire...! 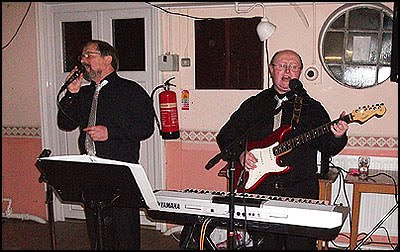 We had a break whilst a hotpot supper was served and then came back complete with sparkly ties to play through the late 50s and 60s sets and a selection of smoochy ballads for dances "in hold" as David described it...

A great night with plenty of folk on the dance floor and lots of happy faces singing along at the tables.

We usually play for around 3 and a half to four hours on such nights and lots of friends ask how we can play so long. 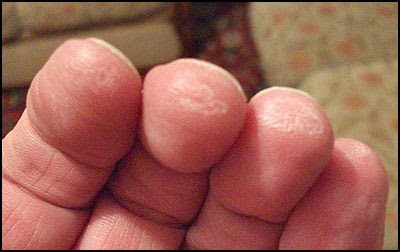 Well if you play guitar regularly you just build up corn on the ends of your fingers and although some of it wears off after a full night's playing, as witness last night's photo of my fingers, it doesn't hurt any more than feeling a little tender and this morning my fingers are back to normal again.

The next gig is the annual Billy Fury bash in Northampton in a fortnight. Looking forward to that!!!
Posted by John Burke at 11:11