I'm still scanning through the 1981 negatives although happily into December now. Some great pics of Blackpool in snow to come...

This time though there's a few of different places we went to in late 1981, starting with one of Lytham. 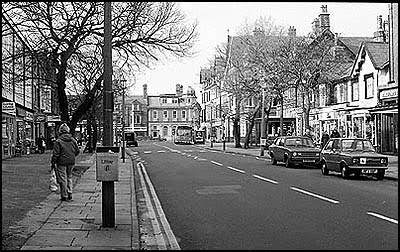 After I uploaded this one to my Flickr account (link to large versions below) I had a comment that it looked pretty much the same 30 years ago that it does now. Only the amount of traffic had changed.

It's a problem we all face and one that catches us all out. We take photos of what we expect to change and what we want to remember. The things that only change after a lifetime we don't bother photographing. And yet I wonder.

I haven't been back to Lytham to look at the view from this same spot but maybe I should. The comments I get on my older photos at Flickr are ones that have stirred memories for people. Shops long since gone. Rides on Blackpool Pleasure Beach that no longer exist.

Buildings tend to look the same over a lifetime but what or who resides in them changes. Shop frontages change and people like to be reminded of their past. 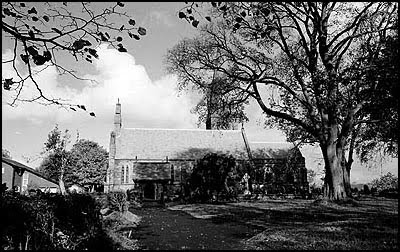 So where does that leave photographs like this one of Inskip parish church? The church itself is unlikely to have changed in a mere 30 years. But what about the churchyard? What changes to trees and shrubs, flowers? Has the churchyard filled up with graves or have some older graves disappeared. How many graves would there be in the churchyard of a small rural village? The answer would probably be surprising.

Many of those churches have been there for 800+ years. How many funerals are held in a week? Mutiplied by 52. Multiplied by 800... 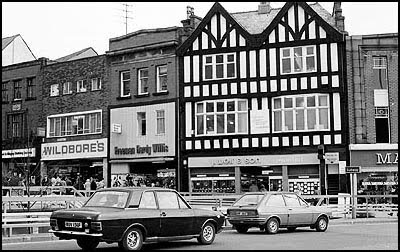 Finally here's a photo of Oldham. I had worked there for a while in 1972 and I think this visit in 1981 may well have been the last time I went there!

Has it changed? I suspect so. But at the least I'd be surprised to still find Freeman Hardy Willis still selling shoes there!