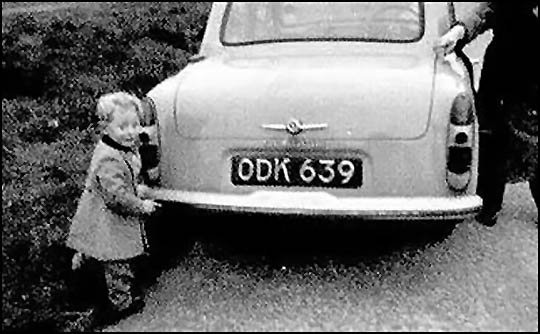 Grandad had a Ford Prefect which he used for taking deliveries from his shop (see 1950s Shopping entry). He would take us up on the moors or sometimes to Blackpool on Tuesday afternoons, as Tuesday was Rochdale's half-day closing.

Dad worked in Manchester and used to take the bus there and back but that took ages, so he eventually bought himself a moped. Grandad Burke had at one time had a motorbike and sidecar and at his house there were a few mopeds - Cyclemasters. 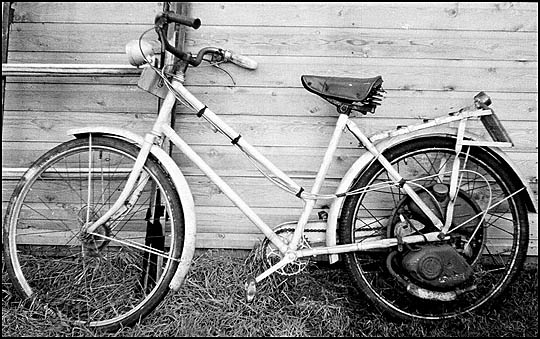 The Cyclemaster was a very small engine in a round box which fitted to the rear wheel of an ordinary bicycle. It just about managed to keep you going on the flat, definitely made you go faster downhill and when you had to go uphill, you had to pedal a bit to help it out! In fact that pretty much describes most mopeds of the day.

Anyway I remember one day when I was about 6 that Dad was late home. Very late home. We had no telephone and neither did anyone else in the family. Mum was getting frantic thinking he had been knocked off the bike. Eventually she went down to the phone box and telephoned a neighbour of Grandad's and he came up and took us down to their house.

They couldn't find out anything from the police and he took us home again where we saw Dad, waiting at a bus stop - having realised that we must have gone to Nanna and Grandad's. His moped had broken down and he had had to push it home from Manchester, which had taken him the best part of 4 hours. That was the end of the moped! 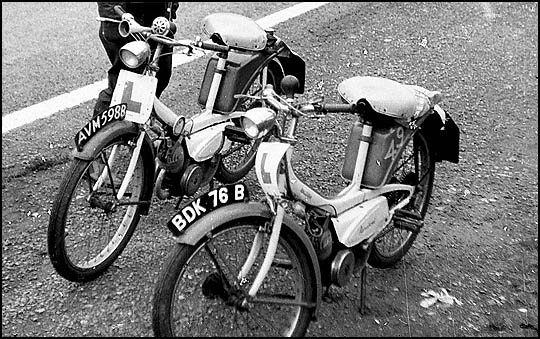 When Frank got to 16 he bought a Raleigh Runabout moped, a Raleigh Whiz as we used to call them. Even then in 1971 it took it all it's time to reach 30 on a level road! Good fun, though I still have scars on my hand from falling off it after hitting a brick! 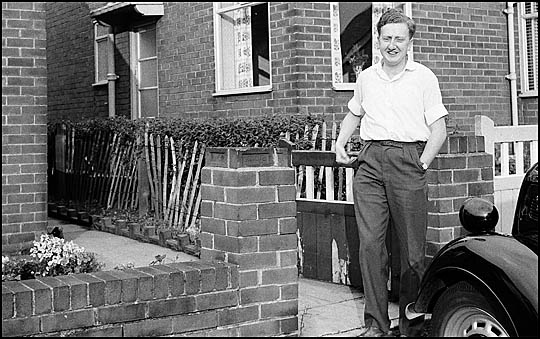 Anyway, after the moped breakdown incident, Dad came home a few days later beaming with pride, honking the horn of a "sit-up-and-beg" Ford Pop. The Ford Popular came in a glorious range of two colours - black or beige. His was black. The only photo that shows anything of it is this one, taken at Royton - this photo not only shows more of the car than exists anywhere else, but more of our house than exists on any other photo!

The Pop didn't have any indicators so Dad bought a kit and fitted them and they were so dim that a lorry driver once had hysterics when Dad signalled to turn left... Most older cars either had no indicators or had trafficators - a semaphore system where an orange pointer zipped up out of the side of the car to point to the direction you wanted to turn. The Pop was followed by a more modern one, in white, with indicators! Again this is the only photo that exists and here Dad is proudly polishing it. The only two incidents I remember with this car are:

One - being at Grandma Burke's and some young teenager crashing into it on a scooter. Dad rushed out and the lad, who had been having a go on his mate's scooter, offered immediately to pay for any damage. The headlamp bezel - the ring of metal around the lens of the headlamp - was the only casualty and Dad took "ten bob", ten shillings or 50p for the damage. It was probably a good quarter of the lad's weekly wage at the time.

The second incident was when we were going on holiday to Great Yarmouth one year. The rain was horrendous and it was a feature of the way the windscreen wipers worked that the faster the car travelled, the slower the wipers moved. We ended up having to crawl along just so Dad could see where he was going. 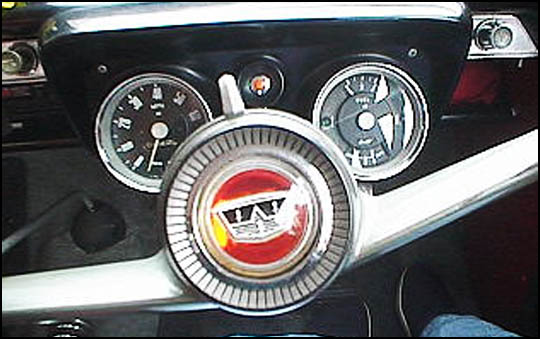 This photo was taken a few years ago at a car rally. I asked the owner of a Ford Pop (like Dad's white one) if I could take a pic of the dashboard and he let me sit in it to do so. The little stalk on the top of the steering wheel hub is the indicator switch. The gear lever is long - they went directly into the gearbox instead of having linkages and so came from the floor under the dashboard. The speedo goes up to 80 miles per hour. The car doesn't...

Seat belts were not fitted as standard until the later 1960s and it didn't become compulsory to wear them until well into the 1970s. There were no airbags and steering columns were mostly rigid spears of metal. There was no drink-drive limit. It was against the law to drive whilst drunk - but have you ever met a person who was drunk who admitted they were?

Many drivers involved in a crash suffered chest injuries from the steering column. Cars were built from thicker metal and the bodywork of the car did not crumple to take the impact of a collision as much as today's cars do. Dad liked his Fords and went on to have Cortinas and Zephyrs in the later 1960s and into the 70s. But that's for another day!

Return to Family Memories Index
Posted by John Burke at 08:22