Inside The Mega Shop on Main Street U.S.A.

Sunday 1 June 2016. It's our last day and as a special treat Miss Franny is going to take me through the entire length of the mega souvenir shop in the Magic Kingdom. 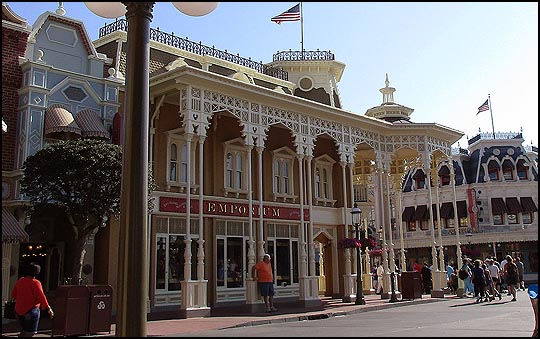 It extends all the way from Times Square at the entrance of the park to Casey's Corner at the far end of the street. 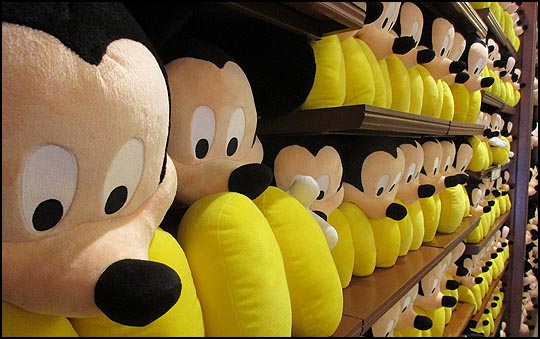 It may seem that plush Mickeys stretch the entire length too, but actually they don't. The main characters of Mickey and Minnie each have their own sections. Donald shares with Goofy. Each Disney Princess has her own section, though some are larger than others. Lilo and Stitch have a section - there were some huge cuddly Stitch toys that Grace liked to have a brief cuddle with every time we walked past them. 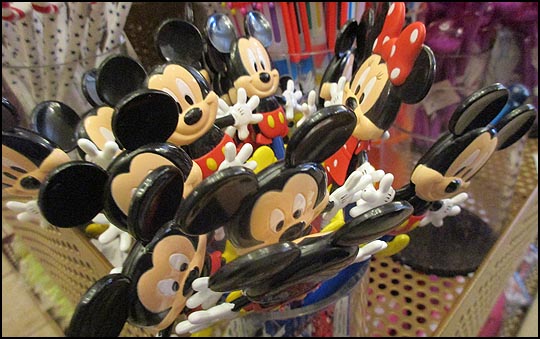 Every kind of souvenir you might possibly want is here in abundance. These are pencils. Not, the only choice of Mickey Mouse pencil, though by a long way! 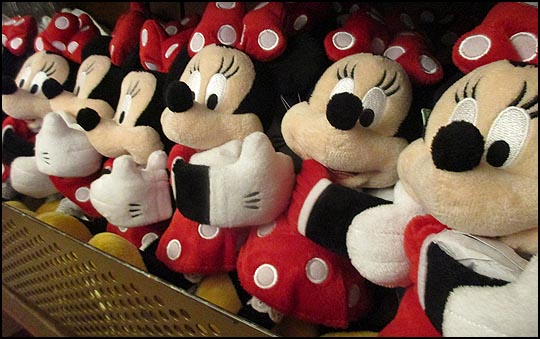 Minnie has a huge section to herself. Her character is still a favourite amongst little girls, helped by new TV shows on the Disney Junior channel like Minnie's Bowtique. 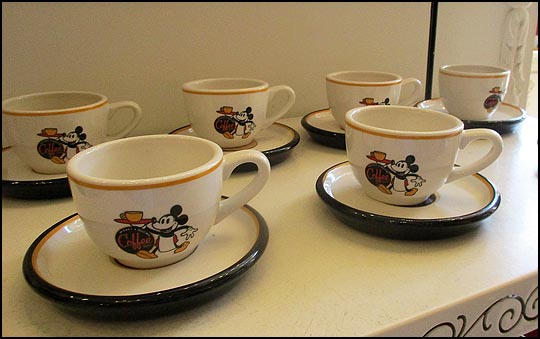 We reach a section devoted to kitchen pottery. Cups and saucers with an early version of Mickey. 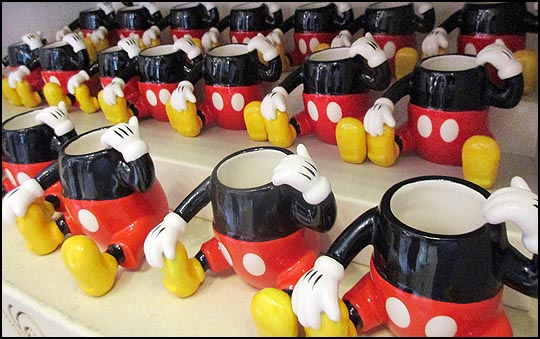 Mickey Mouse egg cups. There was a Minnie Mouse version too, so we came home with one each! 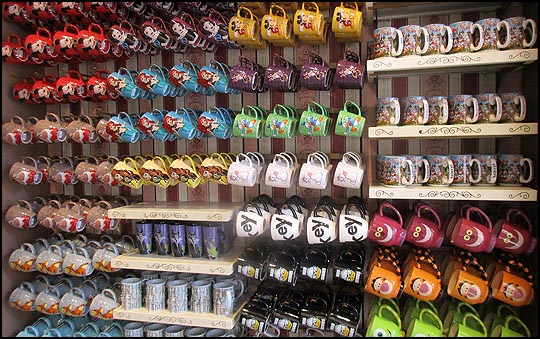 There's even one or two mugs... There is obviously loads and loads of stuff that I didn't take photos of. 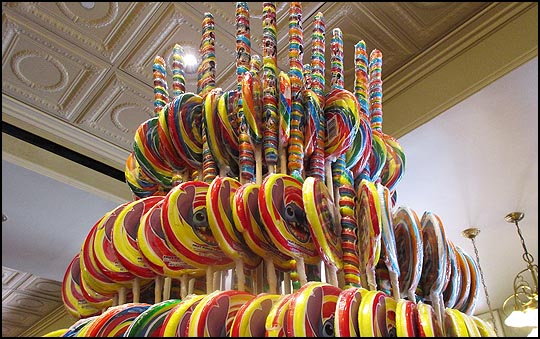 Things to eat, for instance... Can you class lollipops as souvenirs I wonder? 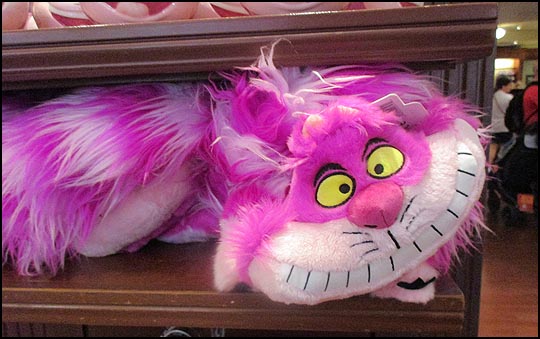 I also missed most of the Alice In Wonderland section and totally missed the Princesses section many of whom had there own area. All had stuffed toys, pens, pencils, Lego figures, mugs, notepads, three sizes of tsum-tsums (if you are not a Disney fan and don't know what this is, a visit to your local Disney Store will enlighten you...), clothing from T-shirts to full-on Princess regalia. The list goes on... 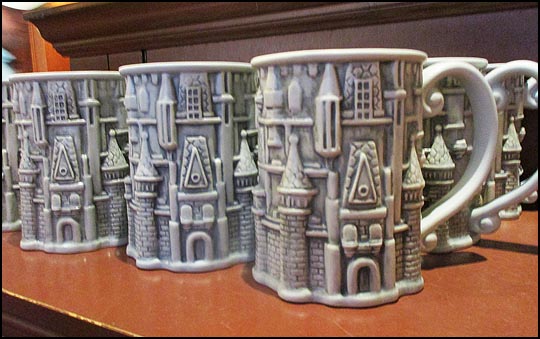 Even Cinderella's Castle had a whole range to itself! 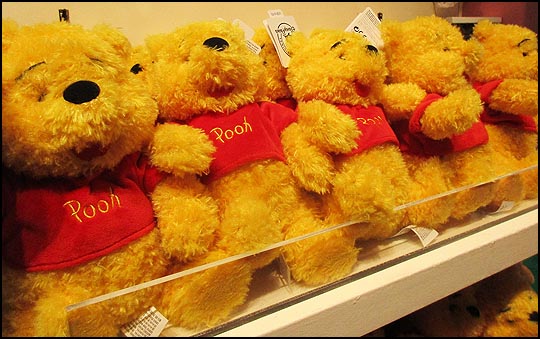 I'm starting to feel a little nauseous... please Miss Franny, can I go and sit outside until you're done? 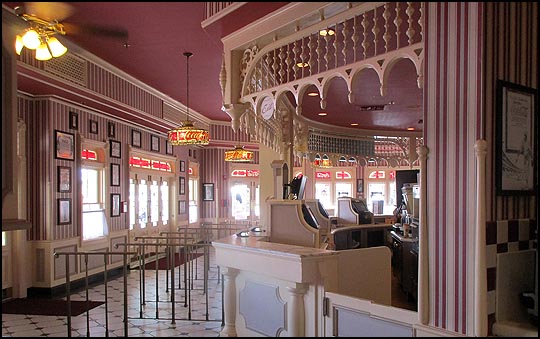 Permission is granted. This is Casey's Corner from the inside. It wasn't yet open for business so a relatively rare opportunity to take a photo with no people present.