Saturday 14 February 2015. We sail into port on the island of Roatan, about 30 miles off Honduras. There's a small village and a beach area right by the ship and we will spend the day there, lazing, looking around the shops and enjoying the walk from the shopping village to the beach which is on another tiny island joined to the main one by a footbridge and also crossed by a chair lift. 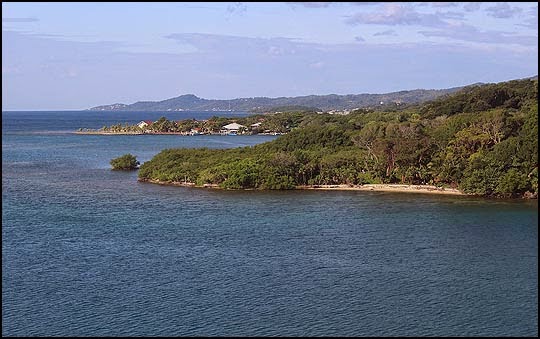 We were up early to watch the ship come into dock and there were a few wrecks in rather poor condition in the water. Subsequent investigation has showed that some of these were sunk deliberately to form reefs for tourists to dive. 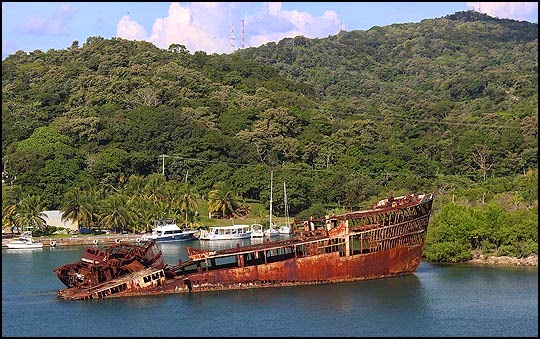 This one though appeared during a storm in 1984 and has been slowly disintegrating ever since. I haven't been able to find out what it was or what it was carrying, though a few sites seem to think it was involved in smuggling. And of course I am thoroughly ashamed of my first thought that it might have belonged to a not-to-be-identified cruise line... 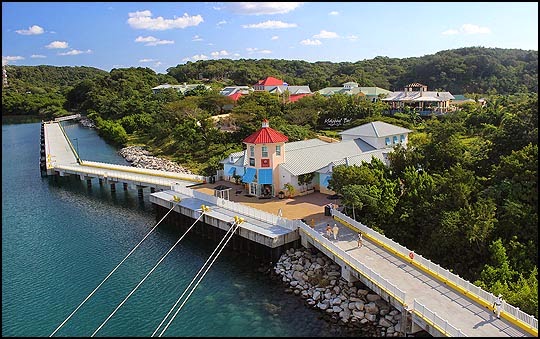 We tied up at one of two jetties and were to have the place to ourselves for the day. This was taken just after breakfast, whilst we were in search of an early morning coffee which we took on the open deck whilst we watched a few specks circling over the mountains. Some sort of raptor, but we would get a much better look at them later in the day - which we'll come to in the next article. 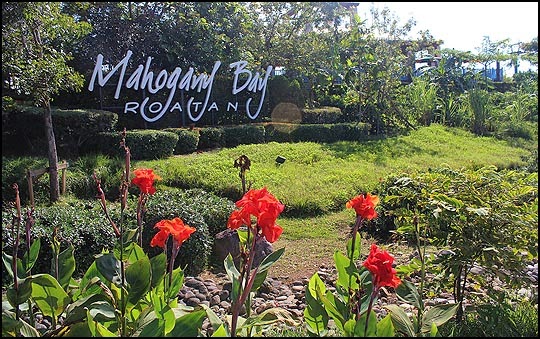 In this first article about Roatan we'll have a look at the shopping village of Mahogany Bay. This was specifically developed to cater for cruise ships and so has been planned as a whole and as such is very pleasing to the eye. 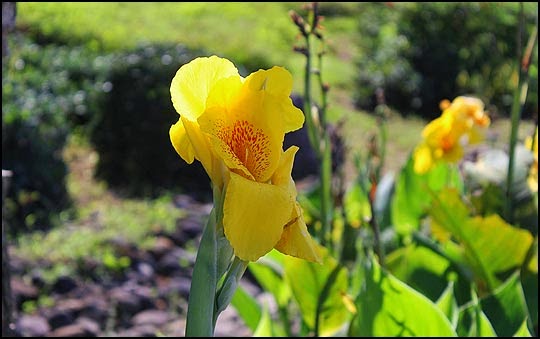 The immediate area around the jetties has been landscaped and planted with some suitably exotic blooms. Regular readers will know that apart from appreciating the colour and shape, plant life is wasted on me. I know enough to say if it's green it's a plant and any other colour and I'll call it a flower... 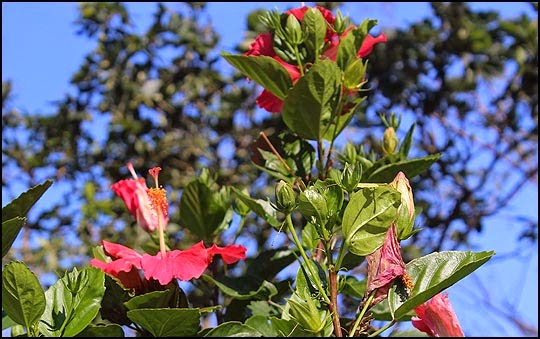 Set some of these colours against a vivid blue sky and it makes for a very pleasant environment. 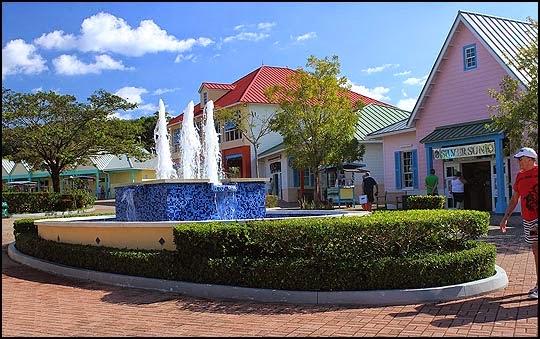 There is a small shopping village with touristy bits and pieces and some bars and other more specialised shops. Again you will be invited but not coerced into the shops. 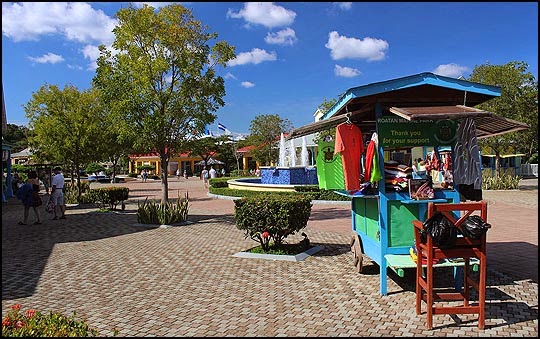 We had a wander around a few of the shops and came away with the inevitable magnets. I made a note to buy another fridge to hold them all... 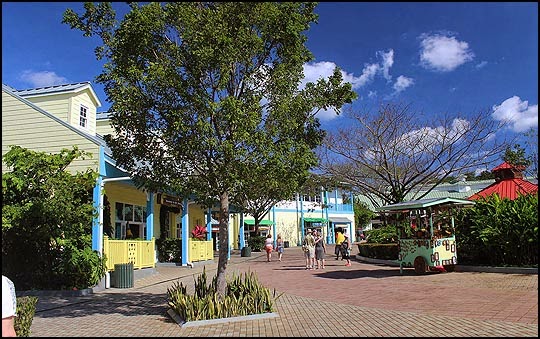 We approached the bottom end of the shopping village and found a chair lift - one of those that comes up behind and sweeps you off your feet. I didn't notice anyone with skis on but it was that sort of ride... We decided to walk to the beach and get a ride on the chair lift to come back. Wrong decision in the end but not that it mattered too much. We'll see why in the next entry!