This is by way of an update and correction to my article on Blackpool's Space Tower on 15 March 2015. I ended that article by saying the Tower had now been demolished at Morecambe. Thanks to a response on Facebook by Dave Oldfield, I now know that not to be the case. 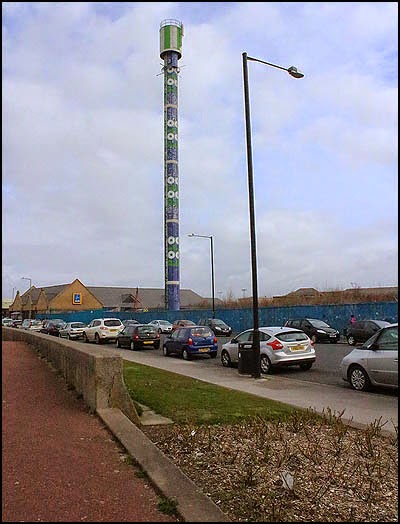 The tower itself is still there, fulfilling its secondary and contracted purpose of mobile telephone mast. These photographs were taken yesterday on 30 March as I found myself in the Morecambe vicinity and stuck the camera bag in the car boot to take advantage of being near! 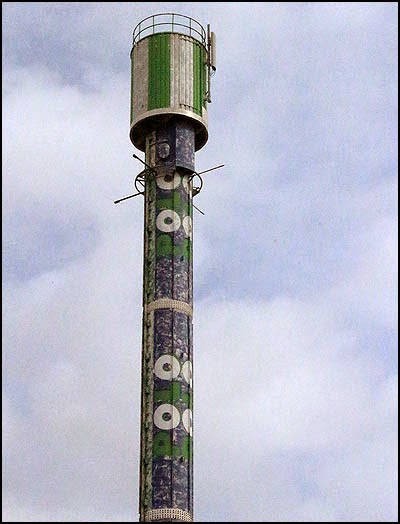 The revolving gondola has indeed gone but the tower is indisputably still there. A rather sad remaining reminder of the Morecambe Pleasure Beach or Frontierland as it became in its later years. 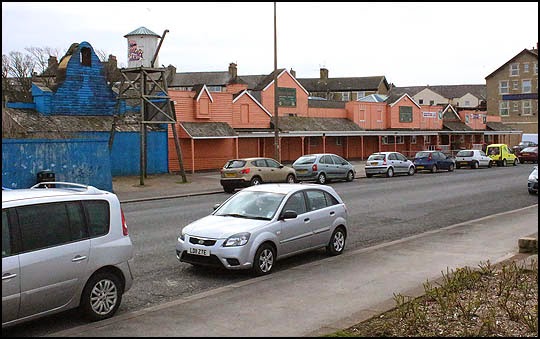 There are a few other elements of the park remaining too as this photograph shows. Thank you Dave for posting a response via Facebook and giving me a chance to give the true facts. I know... it's rare I allow facts to get in the way of a good story...