As I trawl through the photos from an old toffee tin belonging to Fran's side of the family, I wonder how many mysteries will I leave behind for my descendants to ponder over in years to come. I can't count on this blog still existing, a century after I'm gone. I'm not sure if anything stored electronically will still be retrievable by then. If you were to go back to 1914 and ask someone then how best to store something safe for 100 years, they would say "Put it in an old toffee tin..." and would probably add, "...and bury it in the back garden!"

One thing has become clear - there's a lot more photos than I thought there would be! Let's have a look at a few. This time most of them will be folks I don't know - family, friends, colleagues or acquaintances? 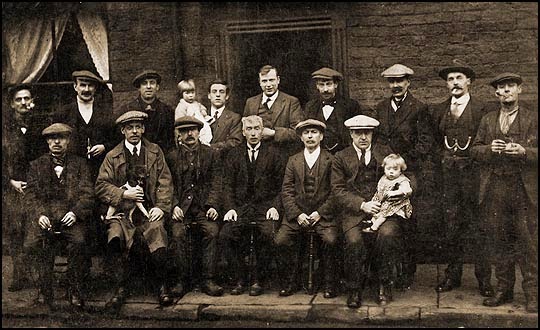 To start with, there's this. Not a single female other than babies. Plenty of cloth caps in evidence. Some fine moustaches too! This is a mixture of men though. Although the three piece suit is not necessarily a pointer to prosperity - because most men had one for best, what the men wear under all that worsted cloth seems to say this is a gathering of different classes. From the bare-headed gent in the centre with the winged collar and narrow tie to the chap seated to the left of him who wears a closed-necked dark shirt, clogs and a heavy-duty jacket with large buttons.

At the back centre two chaps look like office workers, with lighter suits and ties. They are the only two bare-headed apart from the gent we've already mentioned at the front. Elsewhere we can see neckerchiefs and cravats and a muffler or scarf on the right. A couple of watch chains are in evidence and a briar pipe on the right contrasts with a white clay pipe on the left. A society or works do? The photo is likely to have been taken in Rochdale. 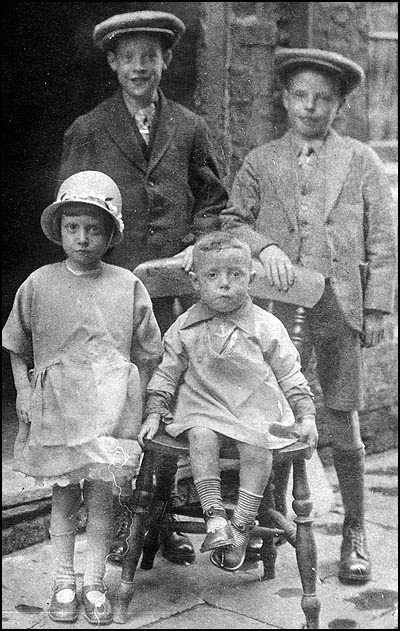 We met the two lads at the back in the last article I think. Frank on the left, the cheeky chap and his brother, the rather more reserved Bob Perks, Fran's Dad, on the right. Two younger siblings (I think!) have joined the family. 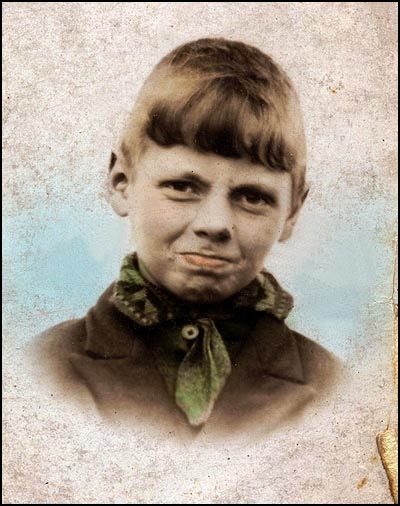 It would just kill the atmosphere of some of the photos to clean them up too much! Frank again - a bit younger than in the previous photo. I bet the photographer despaired over the facial expression, but someone loved this photo enough to have it hand-coloured. 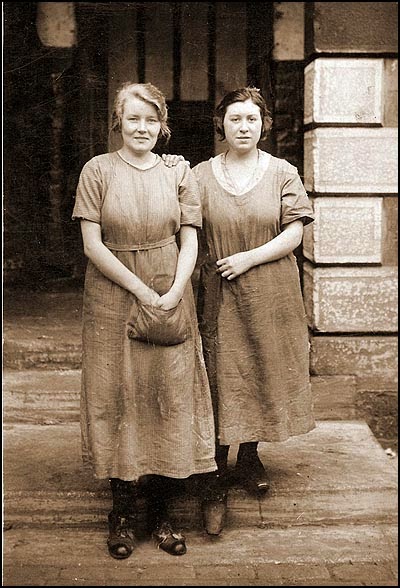 Rochdale mill girls at a guess. There's a look of the Brophy side of the family in the girl on the right, it might even be Ellen Brophy, but I'm saying that without even knowing if she ever was a mill girl. If anyone recognises family or friends, please get in touch to advise of names/places/dates etc. 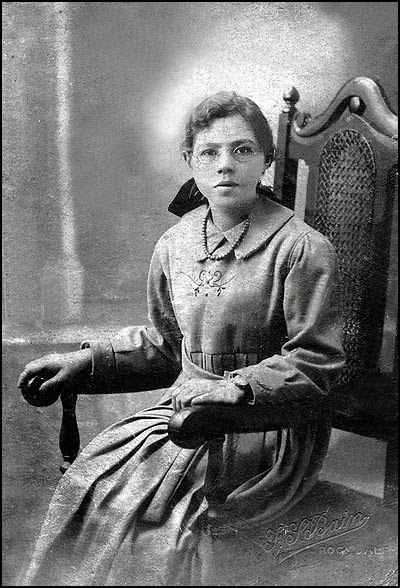 We originally thought this might be Peggy's mother, but her sister said it was another sister and great archivist that I am I can't remember the name she said... This was presented in a frame with metal sides and an oval cut-out, but I've scanned the entire photograph here, uncovering the Rochdale photographic studio name and given it quite a bit of cleaning up. Cleaning some of these photos is almost impossible unless I spend hours and hours on each. Any photo printed on lustre or silk photographic paper shows up either a pattern (silk) or lots of light dots from the raised stipple of lustre paper. 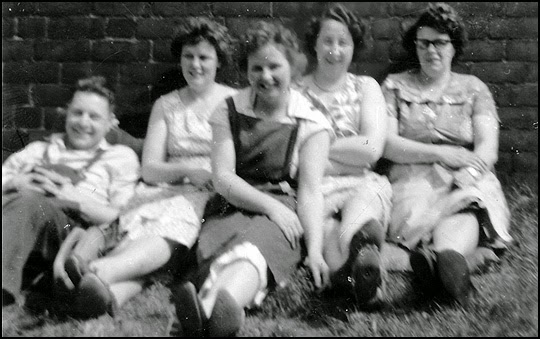 And here's Fran's mum, Peggy herself, seated in the centre of this group who we presume are colleagues. Peggy spent some time as a mill girl, but then ended up (as did Bob and Fran until we got married) working in a leatherworks on Queensway in Rochdale. 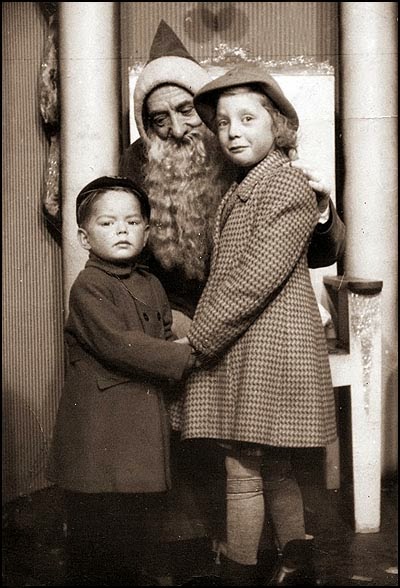 Final one for this time shows two children who are total strangers. I don't have any clue who they are. The chap at the back looks slightly familiar though and quite seasonal I suppose. The little lad is hoping for a Hornby train set, but the little girl is just hoping to get away as soon as possible!