A Day in Cyprus

Sunday 25 April 2010. The Ocean Village docked at Limassol in Cyprus and we had a lazy start to the day, waiting until all the excursions had left before heading for the gangway ourselves to go exploring. We found a mass of taxis and buses waiting outside the port entrance and hopped on a bus with several other cruisers for the trip into town. It was quite a way, I have to say. We'd been told it would be a 40 minute walk but we were on the bus for a good quarter hour! 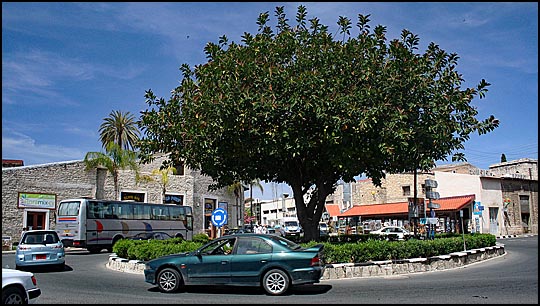 Anyway the bus driver dropped us on a roundabout and pointed out the way to a castle, the way to the beach and offered to take us up into the mountains if we wanted. Only a few said they wanted to go and he arranged to meet them back at the roundabout in a couple of hours and - as we were looking round the nearby market at the time - he turned up and waited and none of the ones who had asked him to come back bothered to turn up. 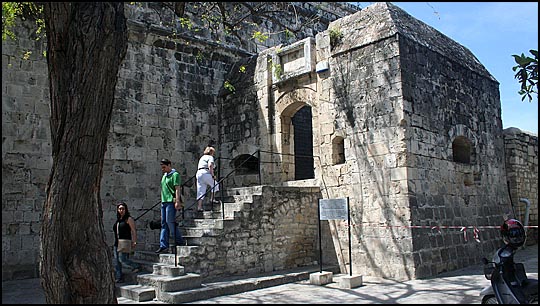 We walked up to the castle and had a brief look around. There was a museum inside the castle, but we were too hot to think about it. Also an interesting snippet - this castle was where King Richard the Lionheart got married in 1191. 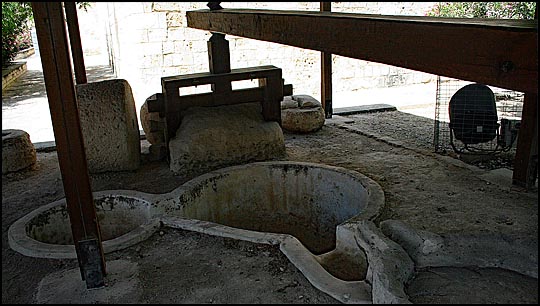 There was an old olive or lemon press in the grounds of the castle - I wasn't too sure which. There was a huge stone pit to collect the juice - you could have swum in it... We couldn't as it was empty... Come on pay attention - if it had been full it would have been obvious whether the press was for olives or lemons! 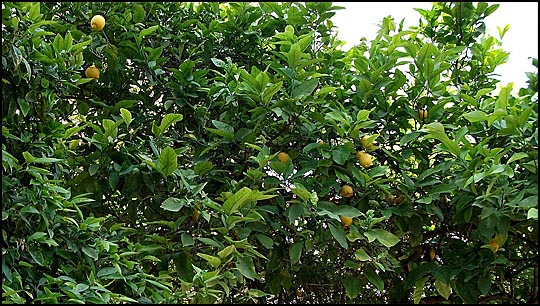 See! Lemon trees! That settles it then... 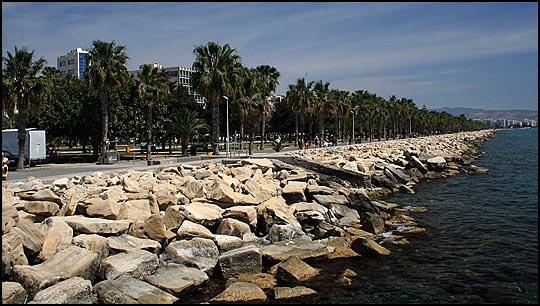 We went back to the roundabout - it being a sort of focal point - and headed for the beach area. After a wrong turning led us to the old port we found a pleasant Promenade along the sea front. An ice cream van was parked at the entrance to a wooden decked pier but for the moment our thoughts were more on walking than ice cream. 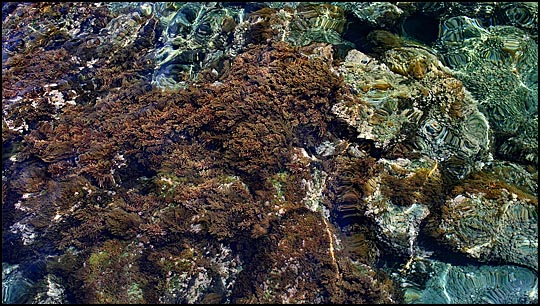 The sea was crystal clear. I love watching the sea flow over rocks and plants like this - I can do it for hours, totally hypnotised by it. 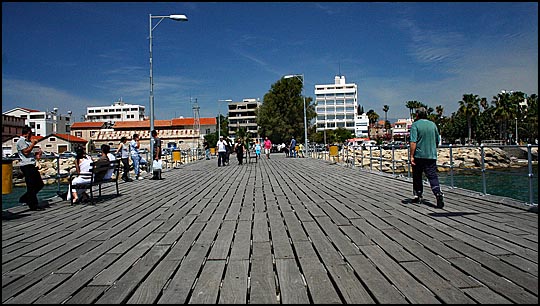 We had a stroll along the pier and sat down on one of the many benches. After a while a couple sat on the bench behind us, out of breath and speaking English. It turned out that they had walked from the ship, the "40 minutes" walk having taken them a gruelling two hours... We went back to the roundabout, bought some drinks and sat there to see if a bus would turn up to take us back to the ship. None did except for the go-it-alone excursion bus that the ship had laid on and we had no tickets for that.

We sat drinking our pop and watched several near misses on the roundabout until from the opposite side down the road off which we had found the seafront there came a loud crash. A van had ploughed into a couple of cars which had (correctly) stopped at a pedestrian crossing. One of our fellow passengers from the cruise went to have a look and related in great detail the damage, what had happened, that there were no injuries etc. I think it was the most exciting thing he'd seen in a while...

No buses were in evidence and in the end we grabbed a taxi back to the port which was a good move after seeing how far it would have been to walk!

We had a late lunch next to a window in the restaurant onboard the ship, watching a jellyfish in the harbour which was making heavy weather of the current. We watched it for a good half hour until the current had brought it right up under our window and then we realised the poor thing only looked to be pulsating because of the optical effect of the waves. It wasn't alive. In fact, it was a plastic carrier bag...

Return to Palace and Pyramids Index Page
Posted by John Burke at 13:47