It was Christmas 1894 that this tale has a beginning. One of the worst ever storms crossed the Irish Sea and a Norwegian barque got into trouble off North Wales, drifting with torn sails until it finally beached in the sand off Anchorsholme. 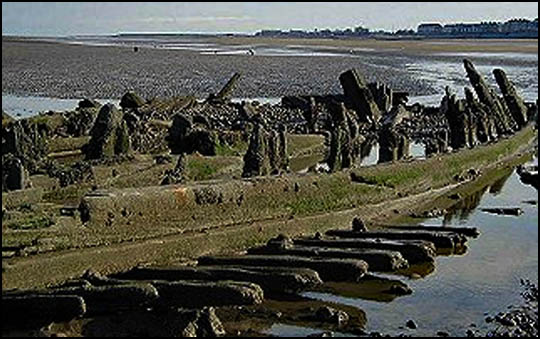 With huge waves crashing over, bringing down the main mast and with 17 men and a dog on board the ship sent up distress flares. Blackpool's lifeboat, Samuel Fletcher, was taken over land from the old lifeboat house on Lytham Road, behind the Manchester pub, to Little Bispham where it was launched with a crew of 16. Reaching the Abana was no easy business for a large boat under oars, trying to get close to a ship whose mast and rigging were hanging over the side. The lifeboat was large enough to take all of the Abana crew, who were taken to the Red Lion inn to dry out and recover following their ordeal. 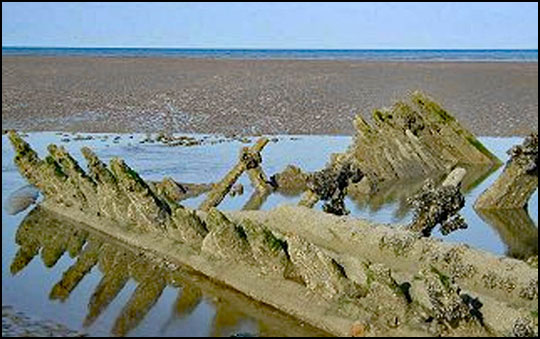 The Abana's bell was salvaged and can still be seen in Cleveleys parish church. The original lifeboat house still exists on Lytham Road and even the Samuel Fletcher survived as a pleasure boat on Stanley Park lake. The ship's dog was given a home by a Cleveleys local when the ship's crew returned to Norway. The wreck of the Abana can still be seen off Anchorsholme and is easily reached at low tide.

Return to Blackpool Promenade and Beach Index Page
Posted by John Burke at 11:19