Tuesday 25 September 2018. I'd been excited about visiting Trieste. In the event it was more city than pretty seaside town, but it entertained us for the morning. I had been imagining something like Portofino - somewhere else on my bucket list! 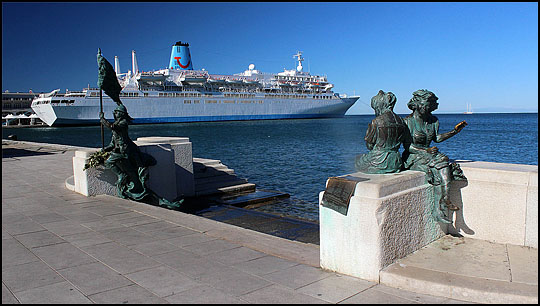 This was a step off the ship straight into the city sort of place. We dispensed with the notion of a guided tour - I can look up dates when we get back - and turned along the seafront. 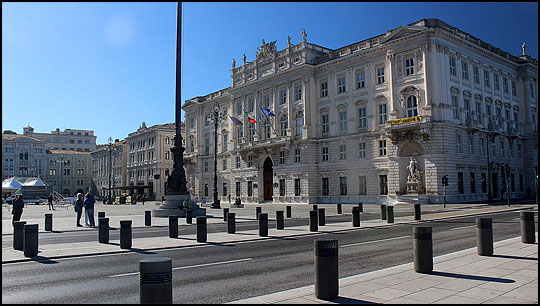 The main piazza had some spectacular architecture, but for now we will continue along the seafront. 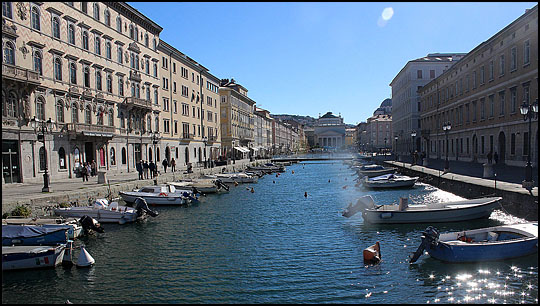 We do so until we reach a canal heading into the city and then we cross the busy road using the pedestrian traffic light crossing. I've found in some places Italians get very excited at the thought of a moving target, but they were very civilised and pleasant here, even waving to us from the driving seat. 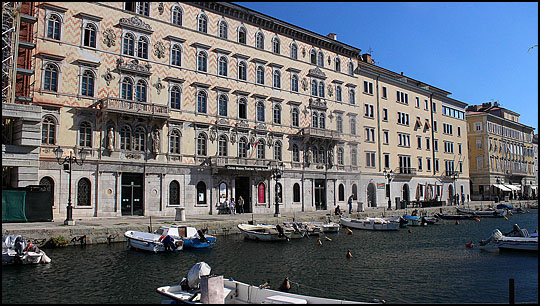 More beautiful architecture. This is the museum. 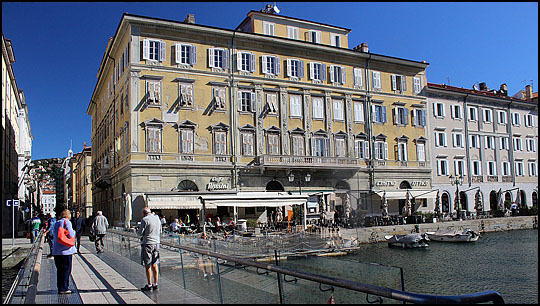 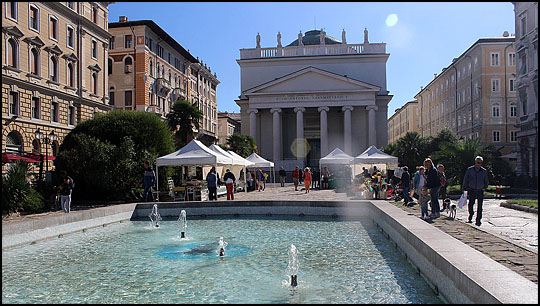 At the far end of the canal it is replaced by a square pond with fountains. A market is set up here and around us are churches of many faiths, including Catholic, Serbian Orthodox, Greek Orthodox and a Jewish Synagogue. 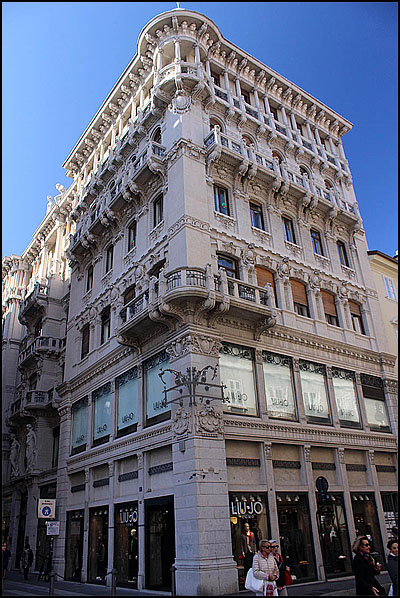 You can only wonder at the marvellous ambitions of Italian architects. This is, after all, a shop. 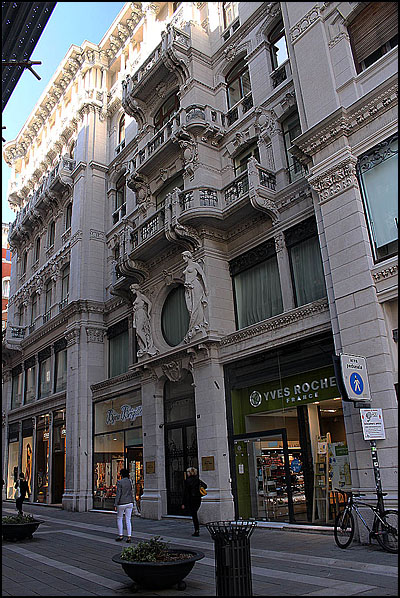 Contrast this with the absolutely dire brick monstrosities being built in the UK these days. It makes you want to weep. 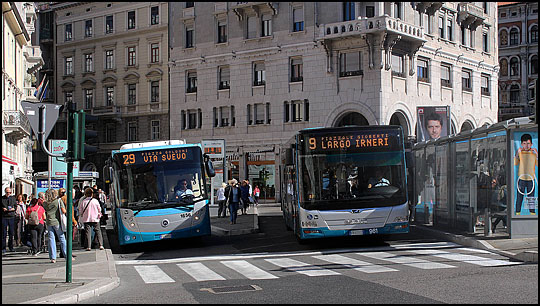 We are now wandering with only a bare nod towards any planned destination. The map shows a castle and a Roman amphitheatre and we are heading in that general direction. We reach a junction and a tiny but busy bus station. 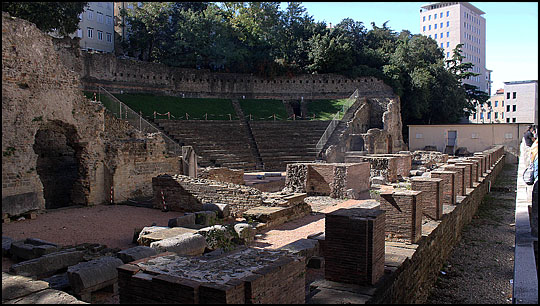 We came to a massive (and I mean massive) hill. The castle is on top. The amphitheatre is at the bottom. So we visited that! 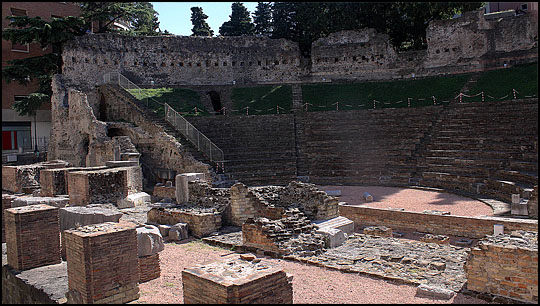 It dates from the 1st Century CE and was built by Quintus Petronius Modestus during the rule of Emperor Trajan (his step-son was Hadrian). At the time it was built it faced directly onto the sea. 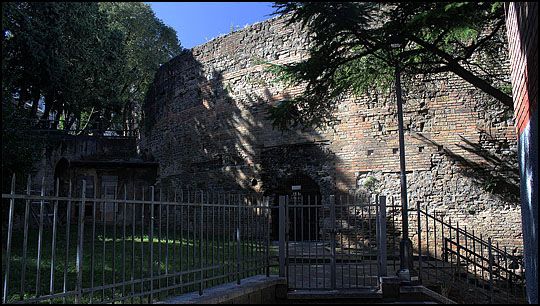 Around the side. You can imagine the sign: Gladiators and condemned Christians only... 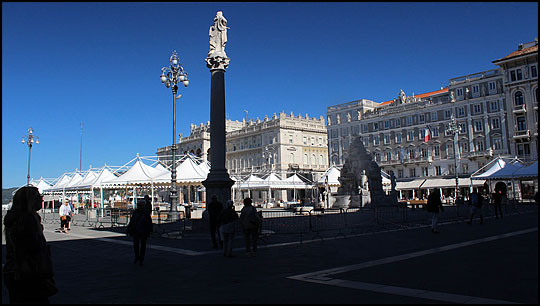 We work our way through shopping streets to Piazza Unità d'Italia, the large square with the civic buildings that we saw shortly after leaving the ship. 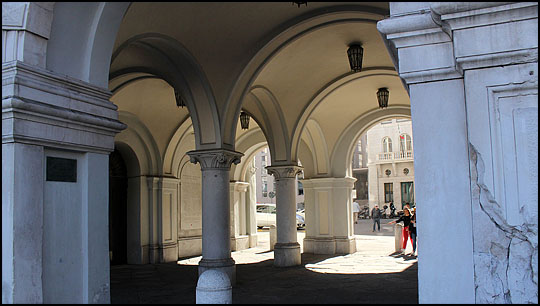 Archways and vintage lighting - I'm a sucker for them! 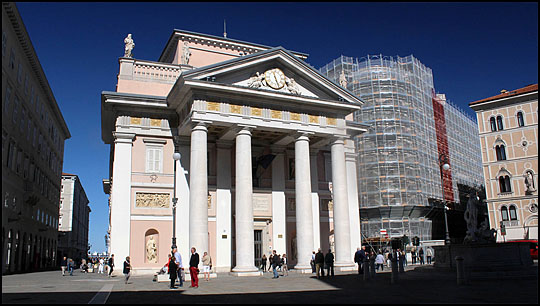 Trieste's Stock Exchange. It was founded in 1755 by Empress Maria Theresa as the Trieste Commodity Exchange. It is therefore one of the oldest stock exchanges in the world. 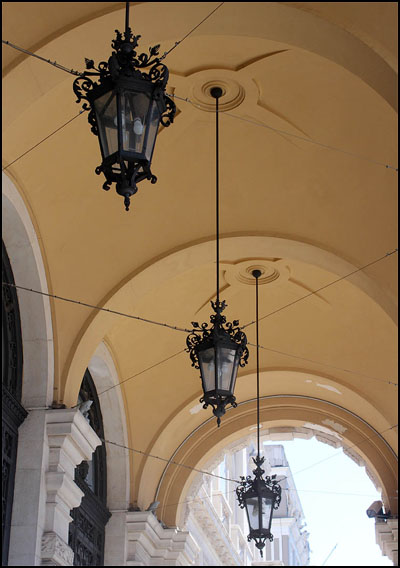 Oh, excuse me... I've seen some more archways and lighting... 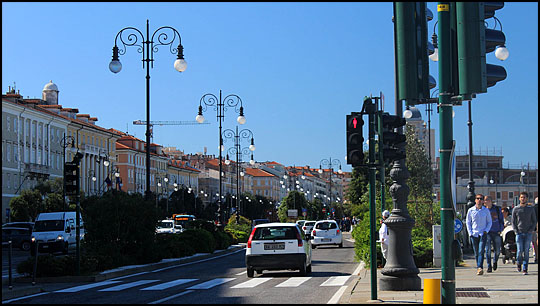 And speaking of lighting, as we make our way back towards the ship the sun is now backlighting the large globes of the street lighting. It's the little simple things that amuse me... 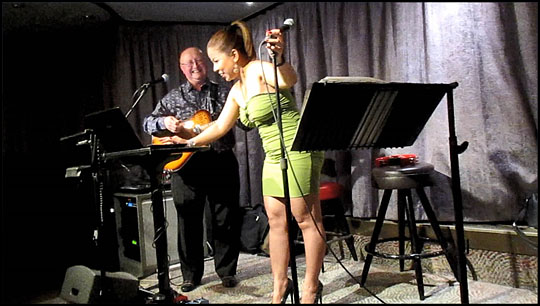 That night in Horizons bar, this simple little thing was trying to amuse an audience, singing Blue Bayou by Roy Orbison and Twenty Four Hours From Tulsa by Gene Pitney.