Message On This Side Please...

I've been taking a break from scanning my own photos and have been catching up with my postcard collection. There's quite a few of them... Quite a while ago now, someone gave me a box of postcards and it turned out to hold 700 of them! I've just managed to finish scanning them and they will give me a few articles for the future! We've already seen those sent by A. Edgar Pedley during World War One from that collection. 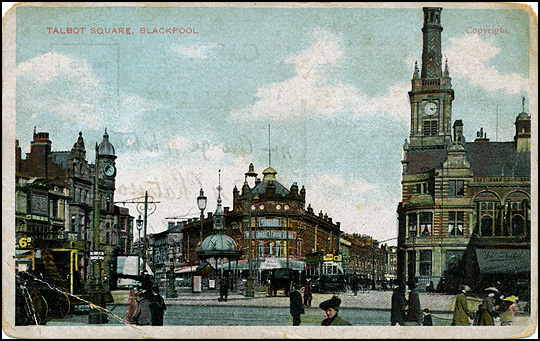 Today's cards come mainly from my own flicking through boxes of postcards in antiques stalls and shops. They all feature my home town of Blackpool. This one is of Talbot Square, opposite the North Pier and includes the Town Hall on the right, which at that time had a tall spire on top of its tower. 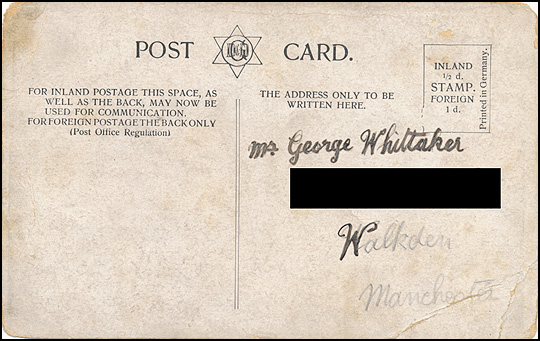 Although addressed, it was never posted. Whilst today we would probably think of this as the "back" of the postcard, the opposite is actually true. The side with the address is the front and the photograph is the back. In the days long before emails, postcards were a cheap way of sending messages. They were used for all manner of communications, from ordering food from the local butchers to birthday and Christmas greetings. They started off being just plain white card. The address went on the front and the message on the back.

Then in 1902 when picture postcards were becoming popular, the post office decided to allow people to write their message on the front on the left hand side with the address going on the right hand side. This card dates from those early days of the 20th century with the header of the left hand (rather narrow!) column stating "For inland postage this space, as well as the back, may now be used for communication. For foreign postage the back only. (Post Office Regulation)"

My own guess is that this early postcard was bought as a souvenir of the new relaxed regulations. They probably wrote their own name and address on it as a mark of ownership. Originally in pencil this has been partially inked over. 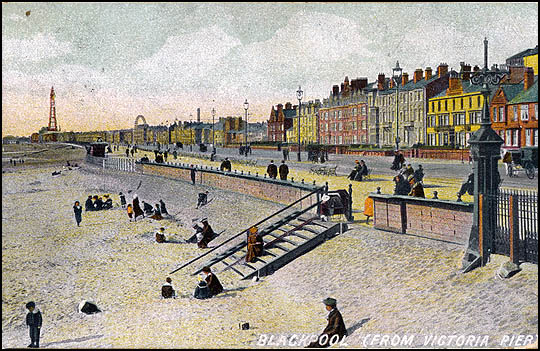 The sending and collecting of postcards grew enormously. The sheer numbers of surviving cards to be found in antiques shops, car boot sales and on Ebay is evidence of how eagerly they were received and treasured by their recipients. This card was sent from Blackpool to Nailsworth, Gloucestershire on 12 September 1906. 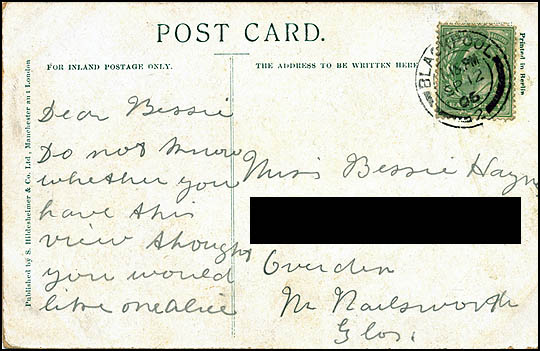 After three or four years the public have got so used to the new regulations that the header now simply says "For Inland Postage Only" over the left hand column. The message itself tells us that the intended recipient was a collector of postcards. It says: "Dear Bessie, Do not know whether you have this view thought you would like one. Alice" 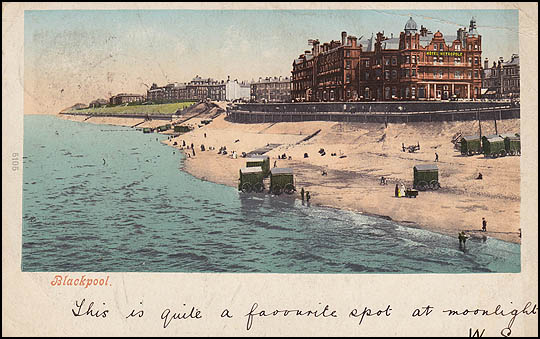 Before this innovation of dividing the front of a postcard to take both message and address, postcards had a small blank space on the reverse or picture side for a brief message to be written. "This is quite a favourite spot at moonlight" writes W.S. rather cryptically. I suspect he was not part of a party hoping to see phosphorescent fish shining in the shallows somehow... 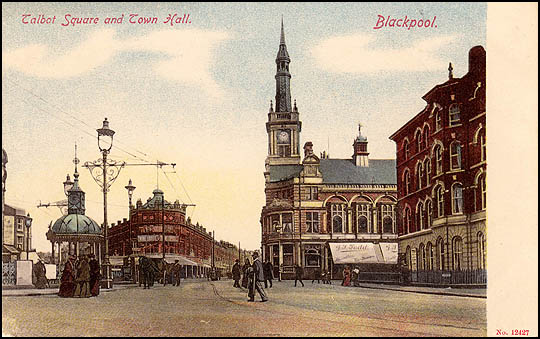 This is another early example with the blank space at the right hand side of the picture. This card must also have been bought for a collection. It is unused. 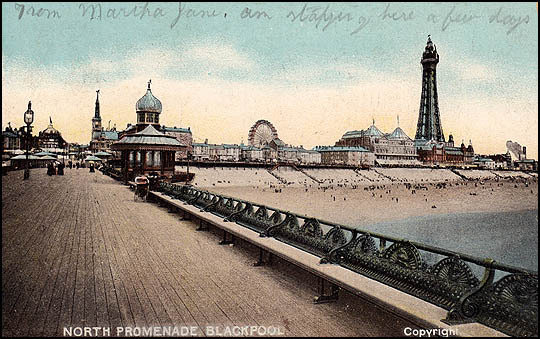 For a little while though, the new system still confused some people. On the front of this the address is written in the right hand column, but the left hand column remains blank whilst on the reverse on top of the photograph this message has been written in pencil: "From Martha Jane. Am stopping here for a few days." Hmmm... not if the pier's night watchman catches you, dearie...