Some three years ago whilst buying some 78 rpm records I was asked if I collected postcards as well. On saying yes, a large cardboard box appeared and it was given to me freely by the wonderful Hayley Easthope. I rashly promised to send a CD of the scanned images once I had got through them. 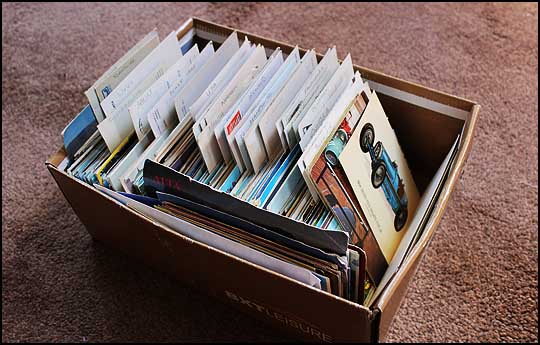 They went on the back burner for a while at my excitement in going through the 78s - about a third of which are still waiting to be looked at and played. But every now and then the box has come out and I've spent an hour or so scanning them and it seemed never to make a dent in them! Last weekend I finished going through them and when I checked the folder that I had been scanning to there were 700 files in it. There's been a lot of those odd hours or so over the three years!

One set of postcards from the collection has already featured here over several posts. Hayley's collection included the postcards sent by World War One soldier Edgar Pedley and they gave a fascinating insight into one man's experiences in the war. (Being a blog, the entries will appear in reverse order) 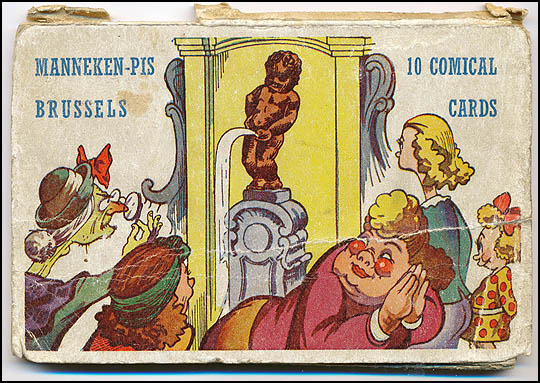 This article features a book of postcards brought back from another war. Hayley's father brought this book of photos back from Belgium at the end of World War 2. They were never used, they were brought back as a souvenir. The book is intact, though a little fragile from being opened and viewed many times over the last 70 years. 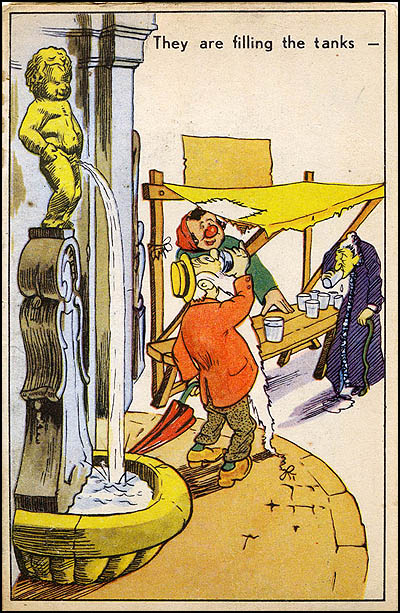 The Mannekin Pis of Brussels is a fairly small statue of a little boy relieving his bladder. Known in UK popularly as The Pissing Boy it either delights you with its innocence or disgusts you with its vulgarity. 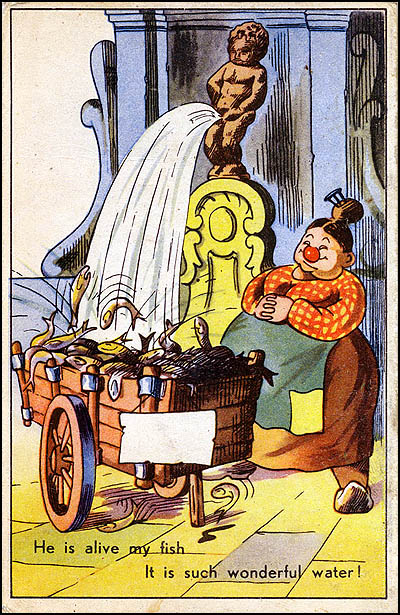 The Belgians must be really proud of it because of all of the postcards I have from Belgium (not just the ones from Hayley's collection) the percentage of them that include this particular water feature is over 70%! 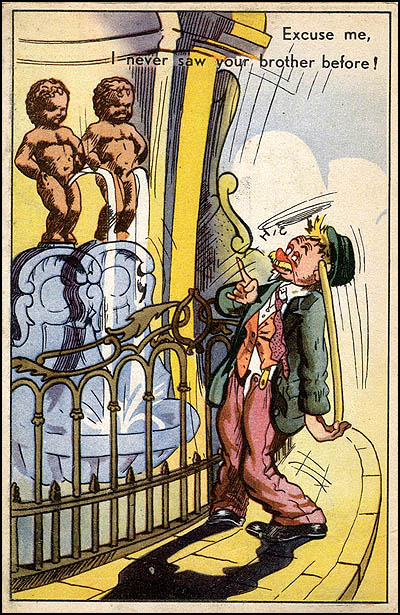 That's a staggering amount. The majority of the ones that don't feature it are views of Bruges. A place I must really visit myself one of these days. 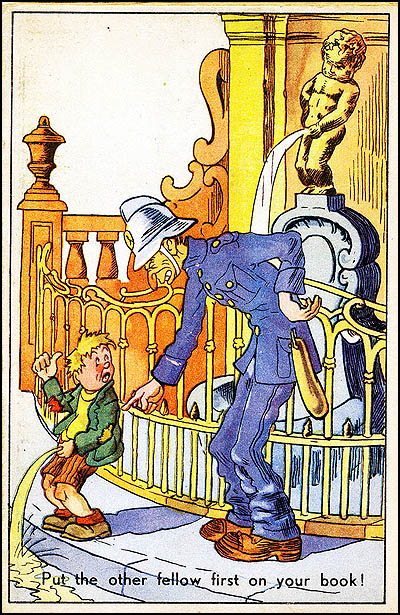 So far my only trips through (rather than to) Belgium have been on coach holidays to Austria or Amsterdam. We did stop to look at a Belgian chocolate factory once which put me off Belgian chocolate for life as I watched a chocolate-covered bluebottle struggling as it went round and round a mixing wheel. I suspect in real life the chocolate on that wheel was for public display rather than for eating, but they really should have checked it once in a while! 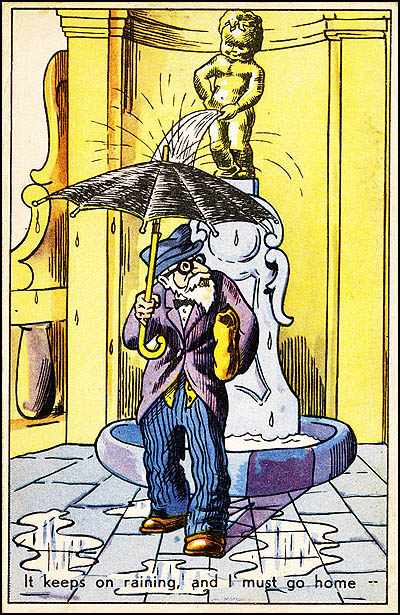 Ok, I'll shut up for a while and show the rest of the postcards from this book. 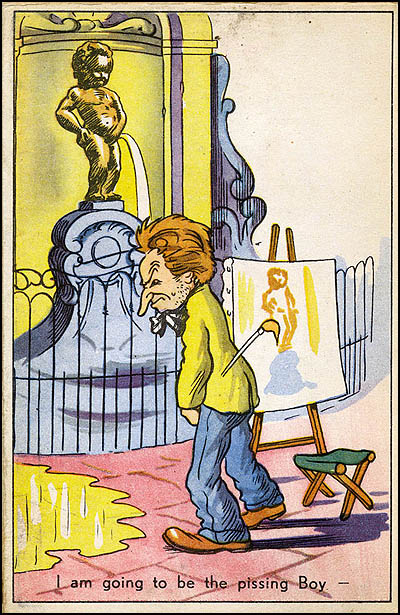 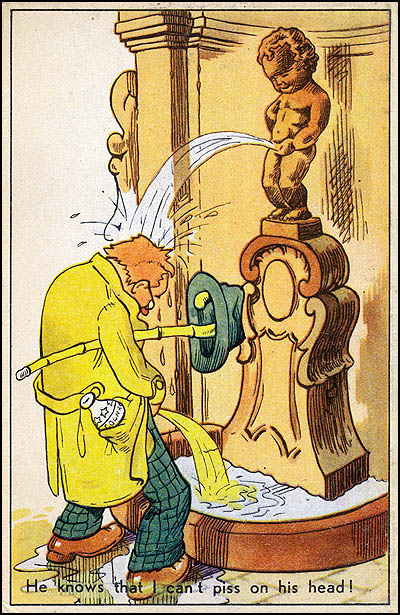 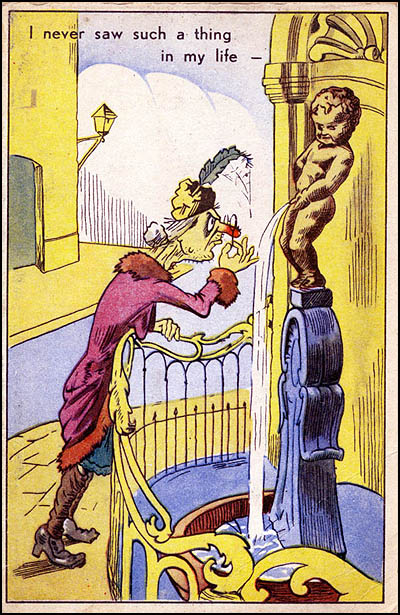 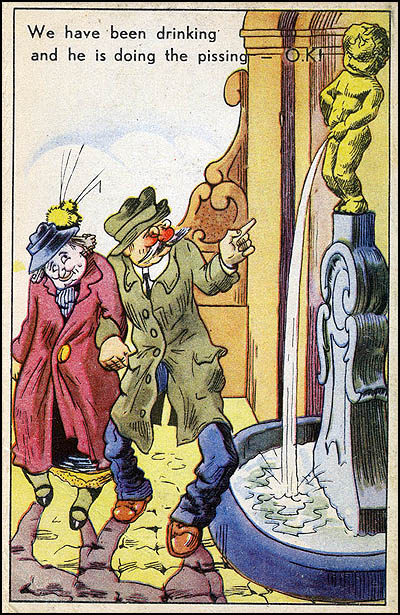 Looking at the cartoons - and in particular at the clothes of the people depicted you could be forgiven for thinking this book of postcards dated from the earlier war of 1914-18... ...but then, in amongst them is this one with a hemline above the knee which clearly belongs from the mid 1940s onwards. 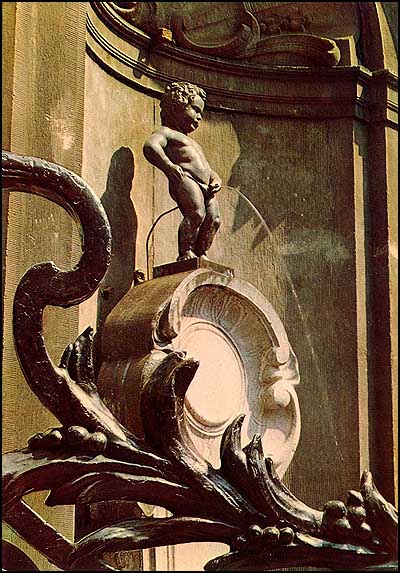 And I'll finish with another postcard of the Mannekin Pis that shows a real photograph. I'm sure today the water would be supplied from a pipe hidden in his leg. Perhaps the pain of the pipe makes up for the embarrassment he has caused the more inhibited viewers over the years!

Many thanks Hayley. More postcards from the Hayley Easthope Collection to come every now and then!