Sunday 24 May 2015 (continued). We trudged (sorry - I meant "skipped") up the hill from Cheddar back to the car and set off back down the hill past the show caves and souvenir shops to head back towards our holiday B&B. Though a B&B, because I had known Mary for a long time (it doesn't do to dwell on how long I always think...) we were invited to dine with them for our evening meal. 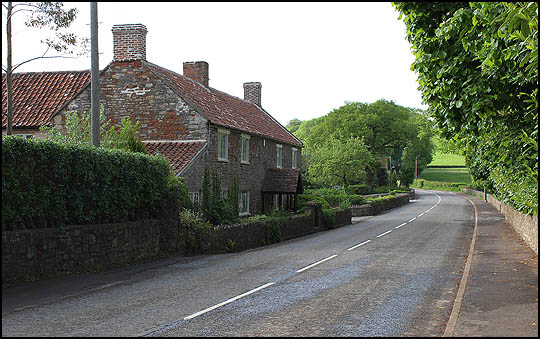 I wanted also to explore the tiny village a bit more. This is the White House - see the earlier entry for the reason it's not white! Opposite the White House is a property called The Old Mill. There were a couple of paper mills in the village in the past, making paper out of rags. Old clothes etc would be pounded until they turned to pulp and this was then spread and dried to form the paper. A laborious business.

In a previous entry I mentioned the monks of Glastonbury not having cameras to record their finding of what they said was King Arthur's tomb, but we find it hard now to understand just how hard to come by - and therefore expensive - our everyday items like paper, pencils, pens and ink would be to someone in medieval times. The Romans used tablets spread with wax and used a stylus to write. They were definitely not for long-term storage. Usually the wax would be wiped smooth and the tablet re-used. For longer storage clay would be written on and then baked.

Paper was almost non-existent in Europe until the 1400s, though paper was first made by the Chinese in about 100 BC. It took a thousand years to spread across the Islamic Middle East and came to Spain in the 1100s, reaching Germany by 1400. The first paper mill in England was in Hertfordshire in 1490, though the first commercially successful one was owned by John Spilman in Dartford, Kent as late as 1588. Before then sheepskin was widely used for writing on, being scraped with knives to remove old writing so that it could be used again. Paper made with wood pulp instead of textiles was only properly developed in the mid 1800s.

More information on the mills and much more can be got from the excellent website about the village at www.dulcote.com. 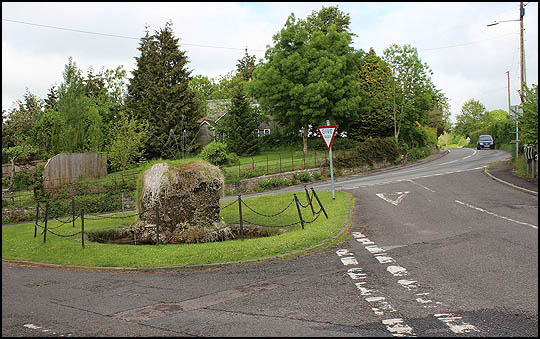 In the centre of the small village is a triangular village green. Apparently a toll house once stood here, but after some time following its removal, the villagers created this fountain from the overflow from the local springs. This is a natural flow, there is no mechanical device to pump water up into the air. The fountain was dedicated in 1861 to the village's benefactor Mrs M.C. Tudway of nearby Wells and, due to the high mineral content of the water being deposited, grows a little in height every year! 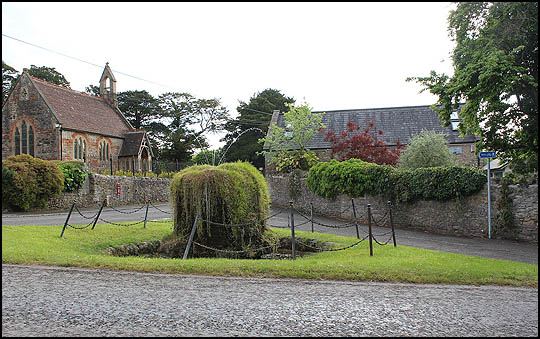 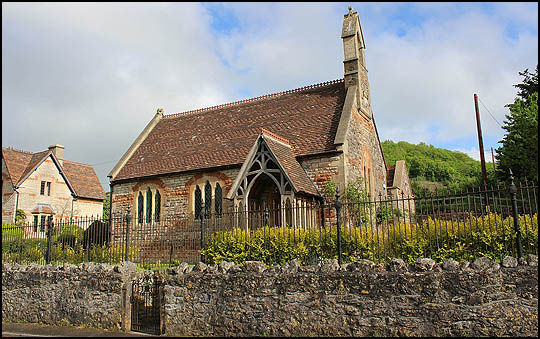 School-cum-chapel built by the afore-mentioned Mrs Tudway in 1860. Again according to the village website, it ceased to fulfil this function in the late 1980s and is now privately owned. 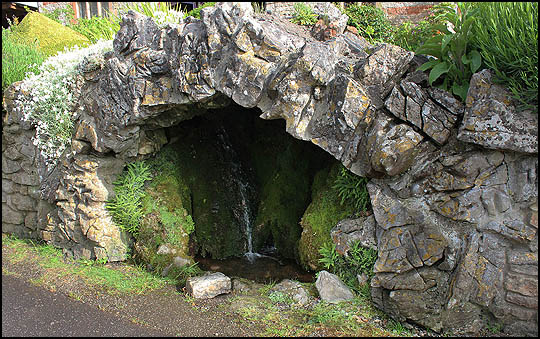 In addition to the fountain we found this delightful grotto in absolutely beautiful condition. It is set into the wall at the side of the small village green and is obviously lovingly tended and maintained. We were assured that the water is drinkable and behind hanging greenery we saw three falls of water into the clear basin which drains away on the left. The last time I came across an old well in this part of the world, it had green brackish standing water and a sizeable community of tadpoles who definitely banished any thoughts of wanting to have a taste!

We had another wonderful meal with Mary and Rod and a houseful of children which made for a jolly mealtime. After we had eaten, Mary's daughter asked me (after screwing up her courage!) to draw her, having seen my sketch of the house from the garden. It was lovely to be asked, though I am not used to drawing people at all and had never drawn a live model. But she curled up in a chair and I sketched her over about half an hour. At one point the sketch looked like her Mum at a young age and it ended with a sketch that, if it wasn't exactly her, it was a close family member! Thank you so much for asking L - give me another try sometime, ok?