On the 19th December we picked up my Mum and drove over to Leeds where we had tickets to see Andre Rieu and the Johann Strauss Orchestra. 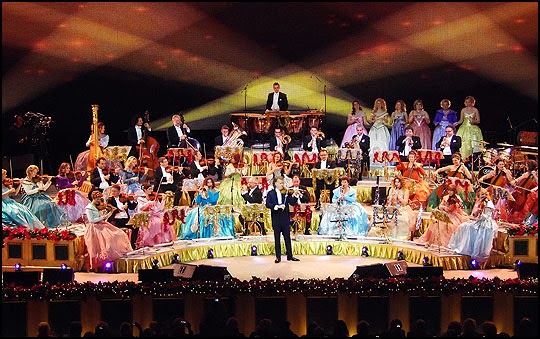 The Leeds Arena opened this year and wasn't even built when I bought the tickets. It's a great venue more or less right in the middle of Leeds and we were three of 11,500 people heading there for the night. 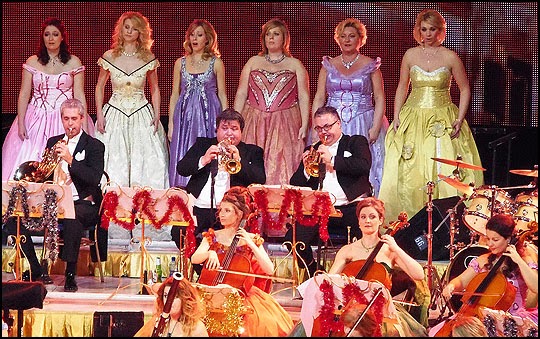 It could do with a few more restaurants around it, as the ones we came across were hopelessly inadequate for the number of people in the area. We ended up snatching a meal in a very basic MacDonalds - any more basic and I'd have to call it "grotty". The venue itself could do with some feeding places, as otherwise too many restaurants in the area would be without custom on nights the venue was closed. 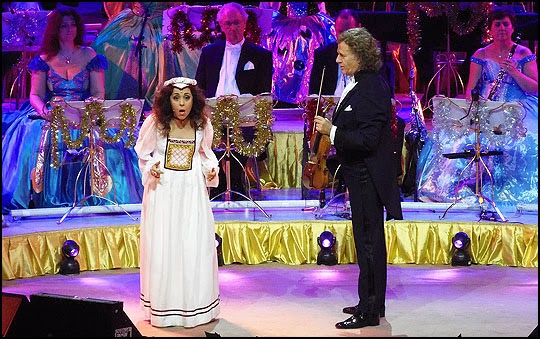 Anyway, the concert was absolutely wonderful. Carmen Monarcha sang my favourite aria, O Mio Babbino Cara by Puccini and melted every male heart in the place - and probably for several hundred meters around it... Certainly my camera seemed to want to take more photos whenever she was on stage! 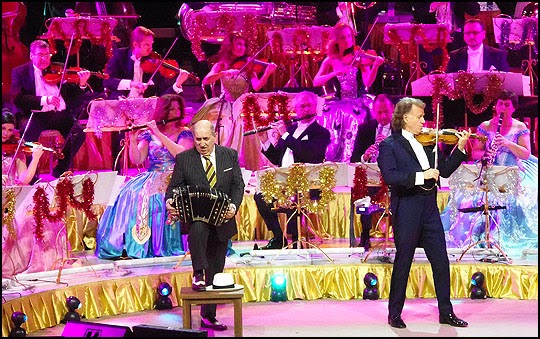 Carlos Buono from Argentina played a couple of numbers with Andre on his bandoneon and brought a Latin touch to the proceedings. He cut a very dashing figure too in his pinstripe suit and with a white hat. 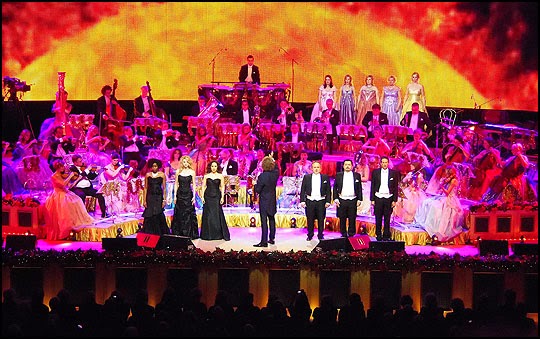 The most emotional and inspirational song for me was the Hallelujah Chorus from Handel's Messiah, just stunning. But there was plenty of fun too in the sing-a-long songs, the snow falling on the audience during White Christmas. We just missed it. The final deluge at the end of the song reached the row in front of us, but left us dry! 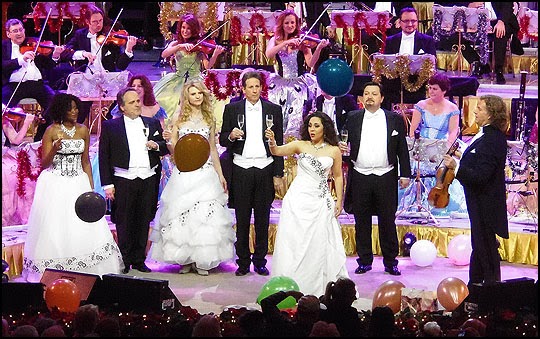 We did manage to grab a couple of balloons when they were released though. Then halfway through the night Mum turned to me and said "I've lost a stone from my ring!" She had been clapping so hard that a yellow sapphire had fallen out. At the end of the night when the lights came up, against all expectations I saw it glint from the floor below us under the seat in front of me. So by waiting until the place had almost emptied I was able to go down a layer of the terrace and get it.

A brilliant night. It was always going to be a brilliant night - Andre does not give mediocre concerts! Plus the fact that out of 11,500 people, someone recognised me as a member of Creeping Bentgrass in the queue outside! The concert could have been cancelled and I would still have had a good night...