Sailing Back to England

Friday 9 August 2013. We've done all our ports of call now on the Fjordland Wonders cruise and have said "Goodbye" to Norway. We are now on the North Sea again, the Danish coast just out of sight over the horizon. 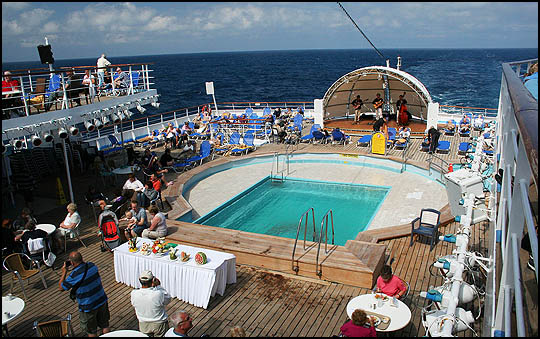 Once again the North Sea is excelling itself to give us good weather, though it did turn a little overcast by the very end of the afternoon. There are a few demonstrations and bits of fun to watch on the Lido Deck to keep us amused as the afternoon wears on. 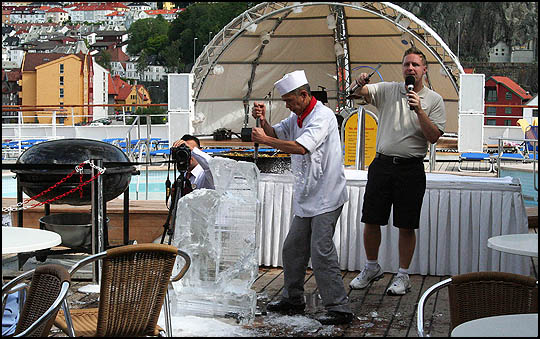 It starts with a bit of ice carving - a huge block of ice comes up from the galley. This would have been created from distilled water - ordinary water produces "white" ice as it contains lots of air bubbles as it freezes. This chap started hacking away at it and in a very short time... 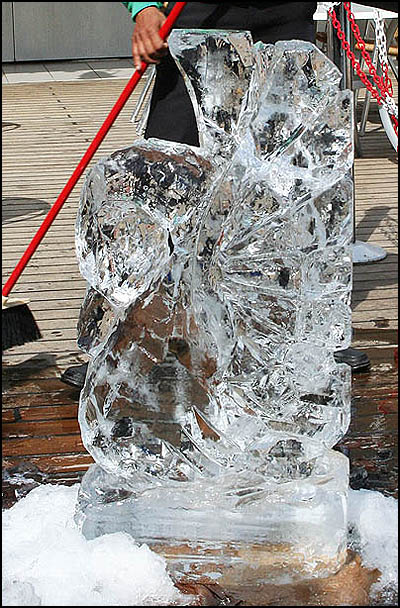 ...he created both a swan... and a mess on the deck which is being swept up in the background! The resulting carving was carefully loaded onto a trolley, popped back into the freezer and was on display in the restaurant that night. 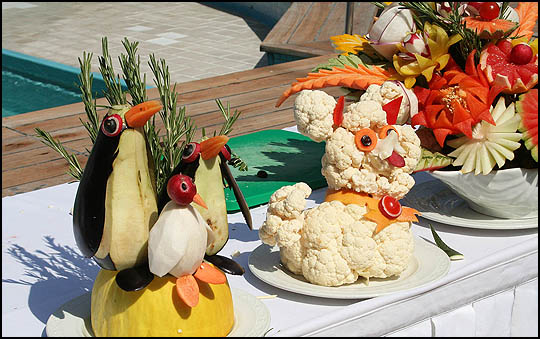 A bit later the same chap was back but with a colleague and together they attacked bits of fruit and a cauliflower to great effect! Miss Franny thought I should pay attention so that I could whip something up for her next soiree... 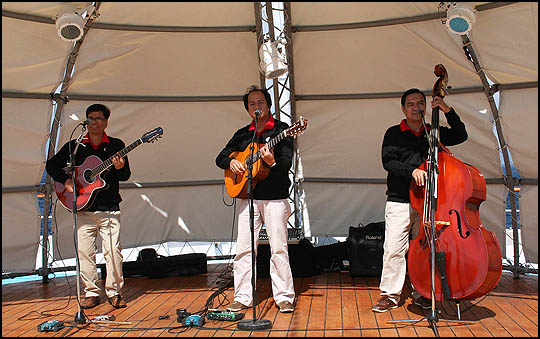 The we settled back to listen to the vocal harmony group from the Horizons Bar. New Dimensions are Edgar on the left, Ronaldo and Cesar on the bass. They were on the Spirit on our last time onboard and remembered me as I walked in on the first night even though it was two years ago - I must be more troublesome than I thought, everyone seems to remember me! 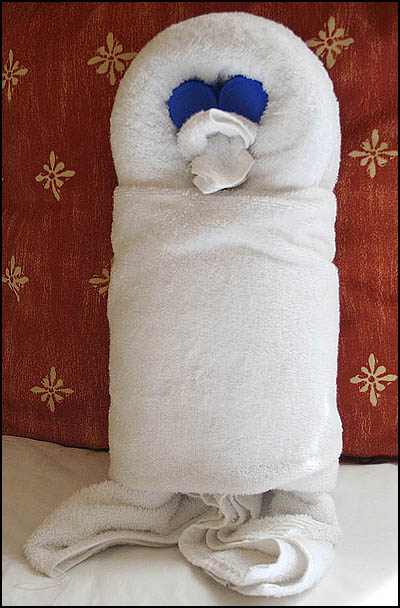 As we went to our cabin to get ready for our evening meal we found that even the cabin stewardesses had been getting in on the act. Two bottle tops for eyes and a couple of towels and hey presto - a penguin! 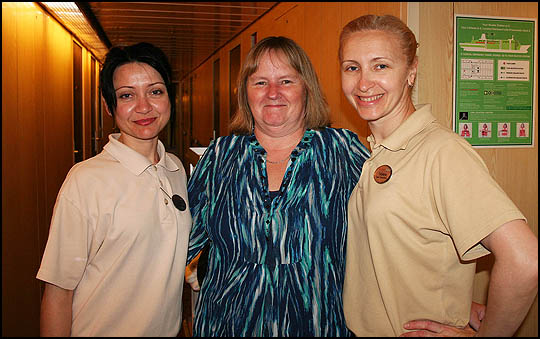 Miss Franny with our two cabin stewardesses, Zhana and Tatyana. We have never had anything but perfect service on any of Thomson's ships. The staff work so hard.

And that brings this cruise to an end. On Saturday morning we wake up back at the berth in Harwich. We have to vacate the cabin by 7:30 in the morning as she is due to sail out again on a trip to the Baltic at 4:00pm and between now and then all the cabins must be cleaned, furnished with fresh linen and shown to their new temporary residents.

By a quarter past eight in the morning we are in the car and ready to set off for home. Sigh... too early to think about nipping into Clacton for that Wimpy I didn't have last week then...