This week my Mum decided she was taking us out to lunch and decided on Thurnham Hall near Lancaster. 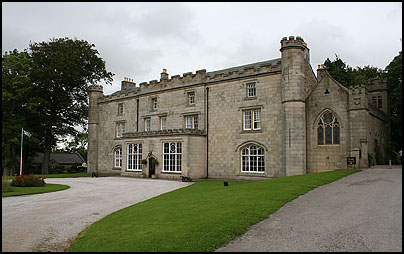 The estate dates back to the 12th century but the hall is mostly 16th century restoration and additions. There is a chapel attached and a pele tower. 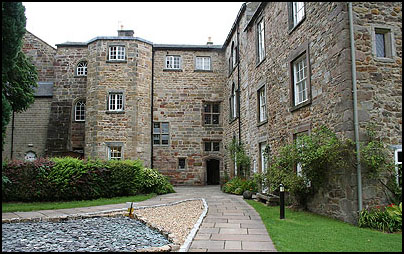 The hall has a number of rooms and apartments available to visitors and a restaurant in the wonderful hall with a powder blue panelled roof, oak panelling on the walls and stained glass in the windows. We had our granddaughter, Grace with us. She sneaked her own dinner in, but was quite willing to sample ours as well. In fact she took quite a liking to my chips, until she decided she'd had enough and the last mouthful was deposited onto my arm... Thanks, Grace... 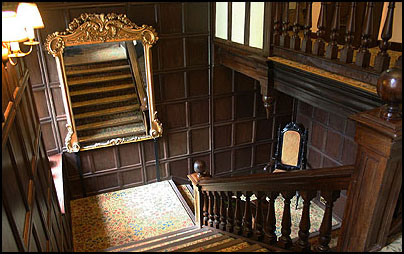 We were allowed to have a look round and were told that the main point of interest - a priest hole - could be viewed as the apartment containing it had no one staying in it. We went up the staircase shown and through a set of doors that came from a sailing ship originally. 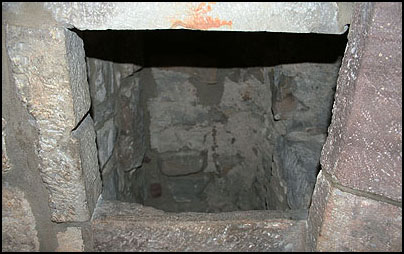 The priest hole dates from the days after Henry VIII had severed ties with the Catholic church and Lancashire was reluctant to turn Protestant. Priests faced dire consequences if they carried on celebrating the Catholic mass and a number of houses contained intricate ways of hiding them. 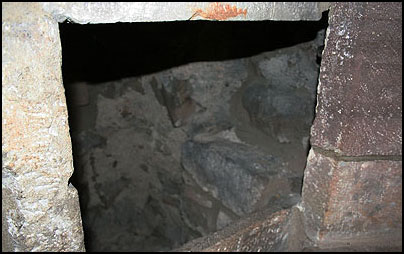 This tiny room is built into the back of the chimney of the fireplace in the adjoining room. It is accessed through this small hole in what is now an apartment kitchen. There is a seat - not much more than a narrow resting place and nothing else. No room to stand up fully, no room to move about. During a search the priest would have to hide perhaps for a couple of days in pitch dark and without making a sound. Fancy trying it? Me neither...

The entrance was hidden by means of an ingenious device. Opening the door to the room containing the access hole raised a screen of apparently solid stone, allowing access to the hole. When the priest was in the hole, the door was closed, the screen of masonry dropped back down, the priest removed a wooden peg and now opening the door left the screen in place. The priest was left to his fate, hoping that replacing the peg would allow the screen to be raised again!

My guide told me he had been on night porter duty and on one of his screens he saw that in the main hall the piano was missing and a priest was standing in its place. He (quite bravely I thought!) went down to the hall and there was the piano and no priest. On returning to his desk, the monitor still showed the priest and he took a photo on his phone of the screen image. He showed me this photo. It may have taken a bit of imagination to turn the blurred areas of light and dark into a priest... but I certainly did not see anything resembling a piano!

Return to Curiosities: Buildings and Infrastructure Index Page
Posted by John Burke at 16:29