Blackpool Then And Now

Well it wasn't due out until the first of January, but the printers must have made special efforts because I received several copies of my new book this week through the post and today a friend has commented on my Facebook account that they have seen it in our local Waterstones. 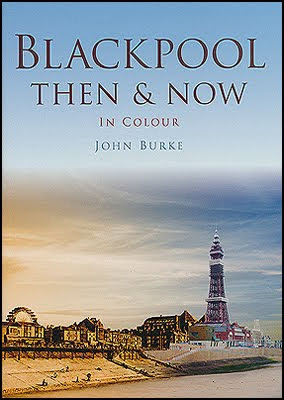 This is a pictorial book contrasting old postcards of Blackpool with modern shots taken last year from as near the same spot as I could get.

Given that many old postcards were taken from low flying biplanes and they don't allow you to do that sort of thing any more; and given that the shape of Blackpool's seafront has changed considerably over the last few years, this gave me a few challenges during the making of the book!

This is just one book in a series of Then and Now books published by The History Press.

Whilst it is to be found in the bookshops in the Blackpool district, it is also available to order in other places and is available online either direct from the publishers using the above link or from online book sellers.

For anyone in the Blackpool region, I will be doing a book signing between 12:00 noon and 3:00pm on Saturday 2 February 2013 in Blackpool Waterstones on Bank Hey Street.

Email ThisBlogThis!Share to TwitterShare to FacebookShare to Pinterest
Labels: blackpool then and now, book