Last weekend the band were out at Garstang Golf Club to play at a birthday party. It was a big affair, formal dress and a sit down buffet for guests. 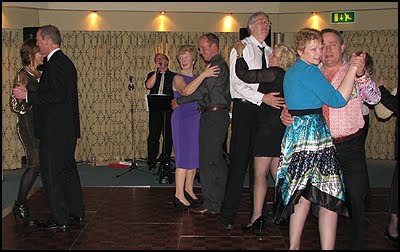 There were lots of people there too. We are there at the back of the dance floor, honest!

Once we got going it didn't take long before the dance floor filled up and we stuck mainly to our tried and tested dance stuff. Though there was time and chance to throw in a version of Billy J Kramer's From a Window from the 60s and the Bellamy Brothers' disco hit, Let Your Love Flow. 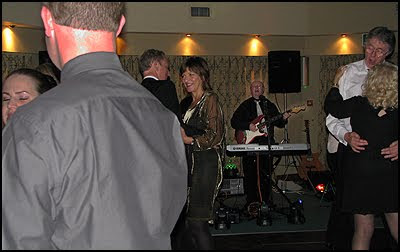 The big crowd pleasers gained their usual increased roars of applause. They include Elvis's It's Now Or Never and Burning Love, The Righteous Brothers' You've Lost That Loving Feeling and Take That's The Flood - which no one expects two old geezers like us to attempt full stop, never mind attempt to ramp up on the original by adding drama and a blistering guitar solo towards the end. Lifted? Yes we were! Thanks to the hosts for booking us and to the audience for their support and for spending the night dancing!