I had a day off work yesterday and we had a trip out to Ambleside in Cumbria, at the head of Lake Windermere in the Lake District. 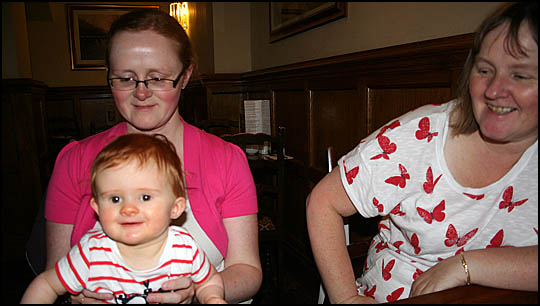 Poor Eddie had to go to work, but we picked up Gill and little Grace and headed up the A6.

Bowness turned out to be heaving and we did a circuit of the full car parks and carried on to Ambleside, arriving close to lunchtime and having a roast beef dinner at the Queen's Hotel. 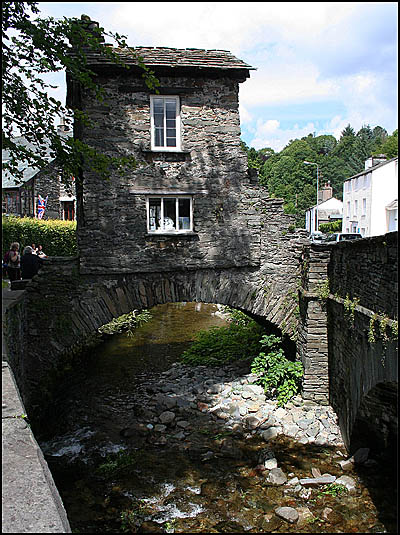 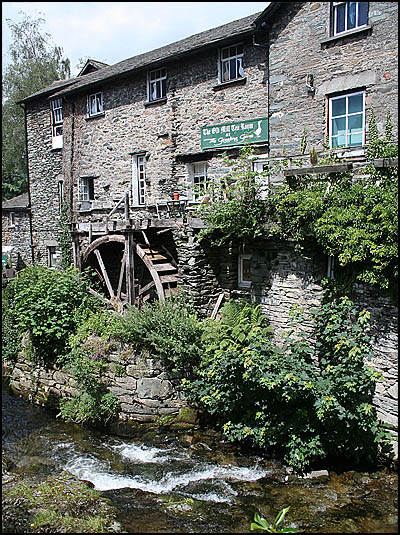 Whilst the ladies headed for the shops, I wandered around taking photos of the wonderful Bridge House and the Old Mill with its water wheel. It's a hard climb, but well worth the effort to walk up the road beside Stock Ghyll until you come to the waterfall - Stock Ghyll Force. But quite apart from being too full of roast beef, I didn't have time. Maybe next time... 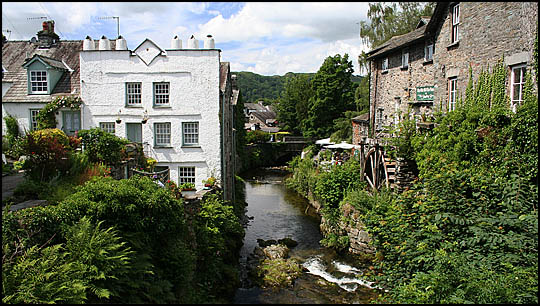 I wandered round for a bit before meeting up with the others. The pram was making it difficult to get into the shops they said. So I dutifully pushed Grace up and down ("Keep her moving, she'll go to sleep") round and over the same bit of ground, round the other way over the same bit of ground but now in a clockwise direction... Grace smiled beautfully at me every time I bent to see under the hood. But she did eventually drop off to sleep, no doubt thinkng that it was getting boring seeing the same bit of scenery every 30 seconds. 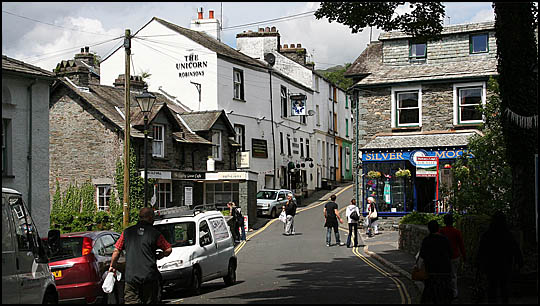 In the end I was thinking fondly of a snooze myself, but they came out of the tiny shop they had gone in - how could they spend so much time in there?!?

We inevitably had to go into the gift shop to buy another little cottage for the sprawling conurbation that Fran now owns. Lilliput Lane quite early on became Lilliput Village and then town and then city and now rivals Greater London for the number of buildings I think...

Return to Lake District and Cumbria Index
Posted by John Burke at 08:00