A Day in Piraeus

26 May 2012. The Thomson Celebration docks in Piraeus, affording those who wish to go, a chance to visit Athens and the Acropolis. 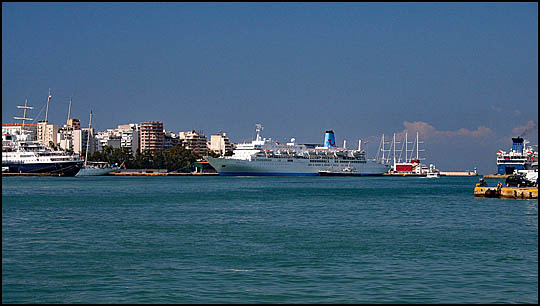 We visited the Acropolis in 2009 and planned to wander around the dock area for a couple of hours and then spend the afternoon on the ship, relaxing and reading. 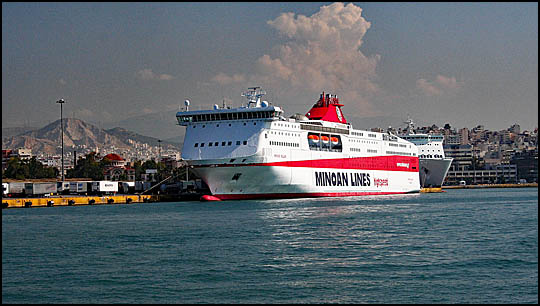 Having set off walking and successfully dodging the taxi drivers who watched us refuse their ten predecessors but who clearly thought that was because we were holding out until we reached their cab, we then came across a road train. It was almost full of passengers already so we took one of the few remaining seats and off it trundled. 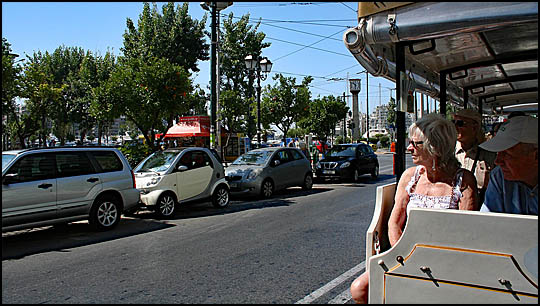 Road trains are uncomfortable and they are the bane of motorists, but for the tourist they offer a chance to see the sights at a slow enough pace to take them in. 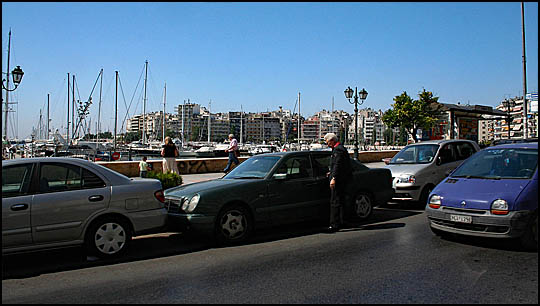 It made a couple of stops at the marina and the museum and then in around half an hour we were back at the place we got on. 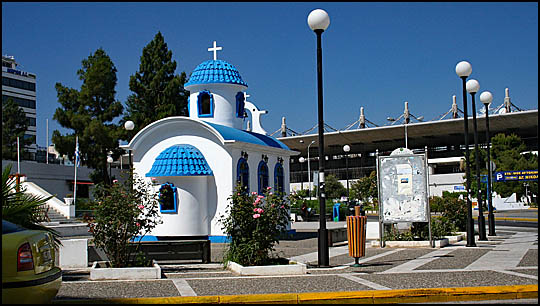 The tiny little church was one of the sights on the tour. We carried on walking around the docks area as far as we could get which was another 45 minute's walk and then turned to come back. 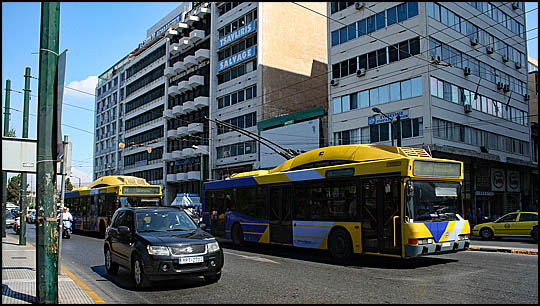 Piraeus is one of the many places that use modern trolley buses. When you look at the years of construction and disruption there has been in places like Edinburgh, you have to wonder why we seem to be bringing back tramlines to our cities in the UK instead of using electric power in this way. It doesn't need as much power to move a tram on rails as it does a bus on tyres but all the faff in getting there and the cost of laying rails I suspect leads to a very long payback period! 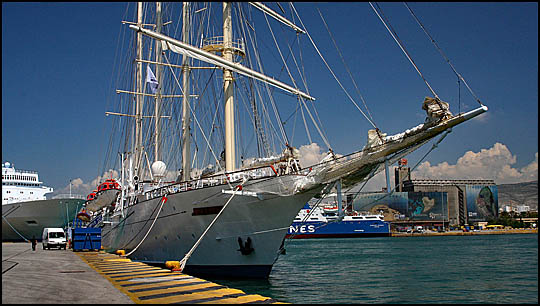 Once back almost to our ship, we stop for a moment to admire the Star Clipper whose crew are throwing rubbish off into a skip on the dockside.

We have just one day and one port of call left on our holiday. For fans of Shirley Valentine, it's Mykonos.