More photos from 1983, this time we've moved into the month of May of that year and have taken a trip up the coast to the village of Heysham, near Morecambe. 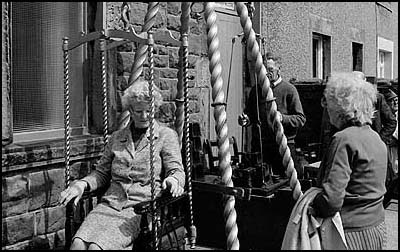 At that time during the warmer months there was always a little market down the main street and a few old fashioned reminders of a past way of life.

The huge brass beam scale allowed you to be weighed though, as people always tended to watch, it wasn't the most discreet way of finding out if you needed to diet! Worst case scenario was the operator muttering "I'll just have to nip inside for some more weights..." 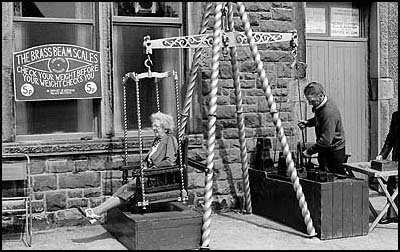 Perhaps a little more discreet than the automatic talking weighing machine that shrieked "No elephants!" or "One at once!" 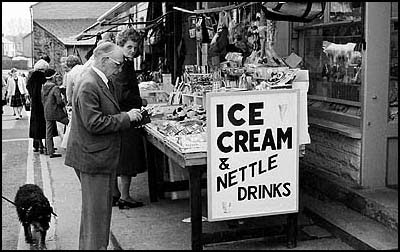 A little further down the street was a stall selling nettle beer. I tried some once - the most horrible concoction I've ever drunk... Though I have a friend who swears by it. She was brought up there and probably doesn't know any better... (I'm sure there'll be a comment sooner or later! Ha ha!) Anyway, I just swore at it...

Finally an "awww!" moment from further down the village. 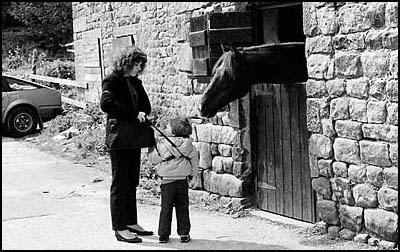 To celebrate the first day of 2012, this is the first entry I've composed using Blogger's new interface. It handles photos and a few html bits slightly differently and there are a couple of extra things I can do that I couldn't before.

Holidays Not Yet Indexed