The Legend of the Dun Cow's Rib

In Whittingham near Preston is an old farmhouse with a rather strange object over the door. 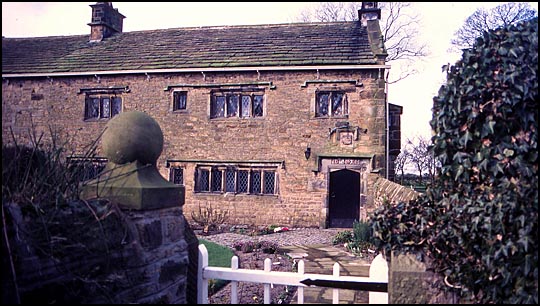 It is the decaying remains of a cow's rib bone. The legend that goes with it states that in the 17th century there was a great drought. So that neighbours would not die from lack of water, a farmer sent his great dun cow to roam about so that villagers could milk her at will. However the local witch milked her into a sieve, which never filled up and so the cow was milked to death. It's likely isn't it? You can see just how it must have happened...! Anyway, the cow's rib was taken and mounted over the door of the farm and if ever owners were tempted to throw it away, they were plagued by poltergeist activity until the rib was reinstated over the doorway. 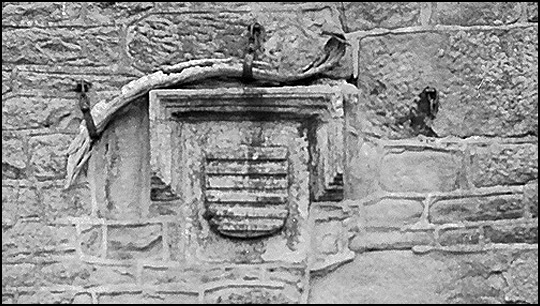 Here's a photo from 1982, there was a bit more rib still in existence then, but still far less than the brackets were made for! Strangely the legend doesn't name the witch. The famous witch around the villages in this part of Lancashire was Meg Shelton, whose grave can be seen to this day, covered by an enormous stone to stop her rising from the grave. That... will be for another day!

Return to Legends, Lore and Superstition Index Page
Posted by John Burke at 13:45

Holidays Not Yet Indexed