A Peek in the Tram Sheds

10 October 1981. A nice man did something that no one would do today. He allowed me to go into the tram sheds on Rigby Road Blackpool for a look round and to take some photographs for an article I was writing for The Lancashire Magazine.

"Just mind those inspection pits - we don't want to have to fish you out..." he said. By heck, they were daring days... 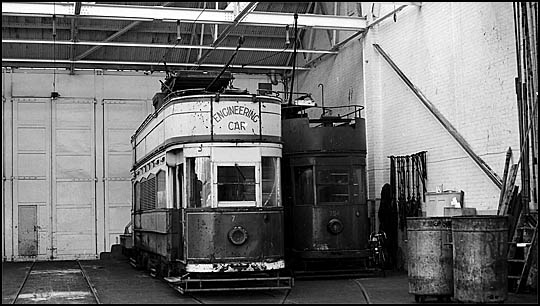 The first thing that caught my eye were the two battered and ancient trams in the corner that were then serving as engineering cars.

These Blackpool Standard trams dated from the 1920s and whilst this may not have been the best way to see them, at least they had been saved from the scrapyard! 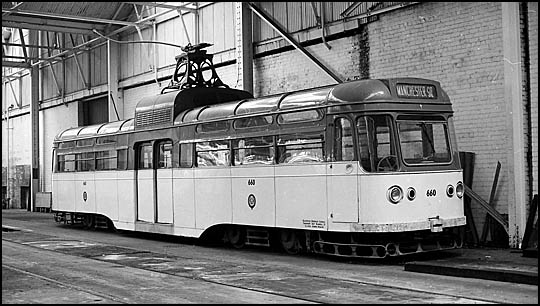 The last of the 1953 Coronation Class tramcars to remain in Blackpool. They had a history of jumping the tracks apparently and it was also said that the weight of them wore out the track too quickly to be economic. 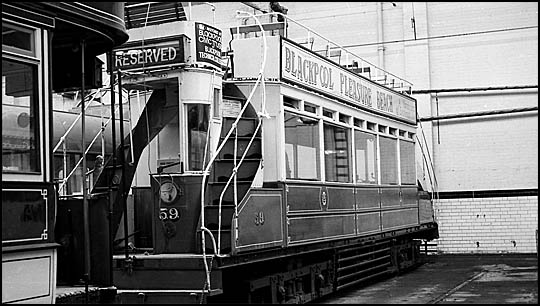 The granddaddy of them all - the 1904 Dreadnought tram was the very first tramcar to be preserved and is the last of its type. It has been restored more times than I've had hot dinners. Well, maybe a slight exaggeration. The original preservation came in the 1930s with the arrival of the double-deck Balloon trams. Then a restoration was carried out at the end of the 1950s and once again for Blackpool's Centenary in 1976. 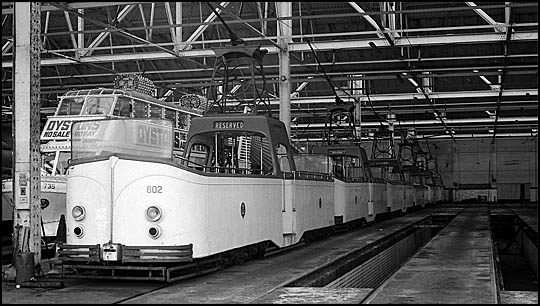 The 1934 open air trams replaced the earlier open-sided Toastracks and became known as Boats due to their streamlined bow. They are the oldest original public service vehicles in routine service. 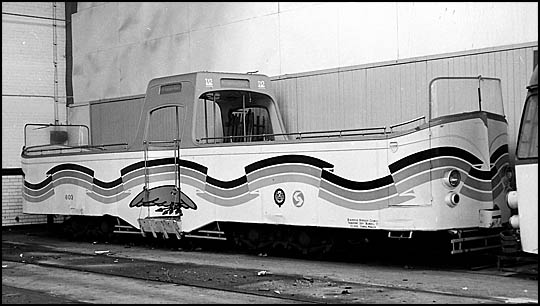 As such they are of particular interest to tram enthusiasts all over the world. This one was back in Blackpool after a spell on the tracks in Philadelphia, USA. 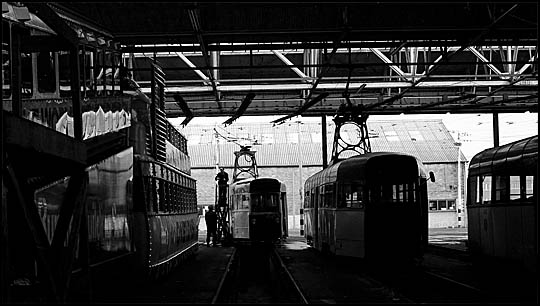 Looking from the rear of the shed with a couple of the illuminated fleet seen on the left of the photograph. 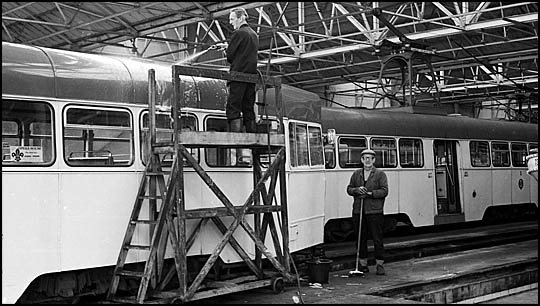 No automated washing in those days! A one-man-operated tram gets a wash and brush up from two workers at the depot. 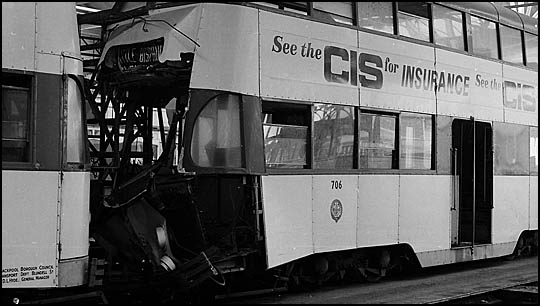 Crashes between trams have always been thankfully rare occurrences. The worst occurred when a tram was unexpectedly diverted by the points at a loop into the path of an oncoming tram.

Return to Blackpool Tram and Bus Index Page
Posted by John Burke at 12:48