Pearls Of The Aegean Cruise and Gournia of The Minoans

Friday 21 August 2009. We get picked up by taxi at 2:30am this time to be driven to the airport at Manchester. 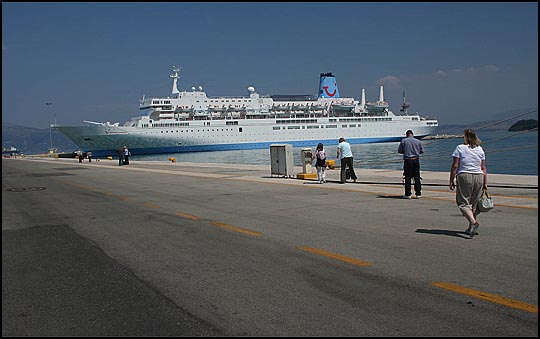 We fly to the Greek island of Corfu, to find the Thomson Celebration waiting for us to join her for the Pearls of the Aegean cruise. 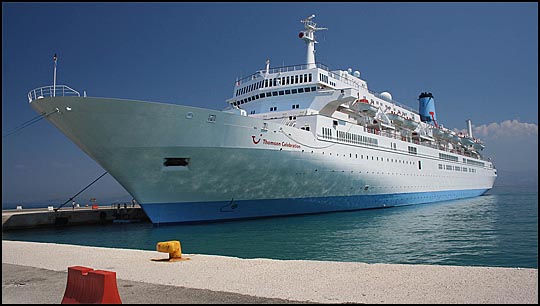 Although I blogged about the cruise when we returned home, my blog entries in 2009 were a bit sparse of photos and I'm taking the opportunity to revisit this cruise which was our very first Thomson cruise. Having more recently returned from our sixth cruise on the Celebration, you will gather we enjoyed this earlier cruise and the ship! This is our cabin for the week. Don't be put off ships by people calling cabins small. We use ours for changing and sleeping in and nothing else. Unless you feel you should be able to do a tango around the floor then small is fine. And there are ships with far smaller cabins than the Celebration anyway. Our suitcases fit into the bottom of a wardrobe or under the bunks. Shower gel and shampoo are provided and there is a hair dryer. Though to be honest, it's rare I use a hair dryer... 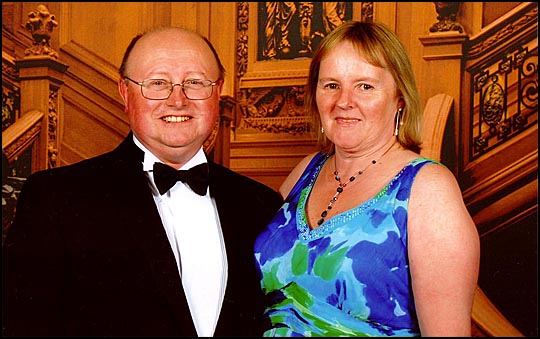 The first night will be a late sailing to allow people on later flights to arrive and then a day at sea follows. On the evening of the 22nd the Captain's formal night is held. Some people love this, some look down their noses at it. It's not compulsory, but the main restaurant that evening will be for smart dress, shirt and tie for gents and a dress or gown for the ladies. The buffet dinning room remains open for people who don't want to dress up. We had our photo taken against a backdrop of the Titanic's staircase - always a rather weird choice for a cruise ship I think! 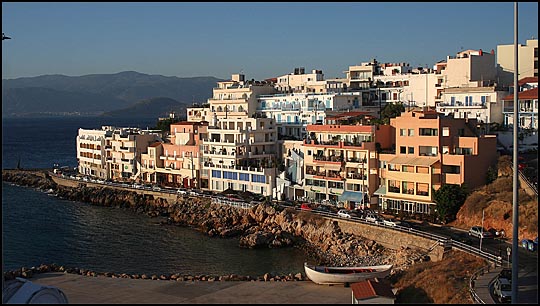 Our first port of call on the cruise comes on 23 August 2009 which is a Sunday. The ship sails into Aghios Nikolaos in Crete. The name means St Nicholas who is the patron saint of Greece and sailors. 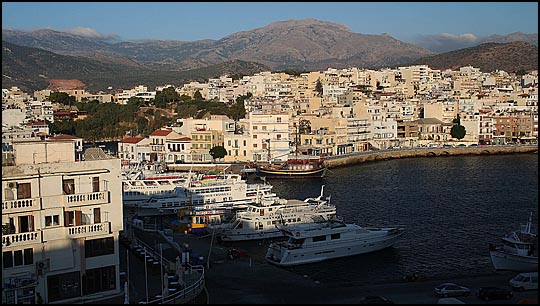 We'll have a comprehensive look at Aghios Nikolaos in a later article, but for now it's a quick breakfast and then off the ship to join an excursion. 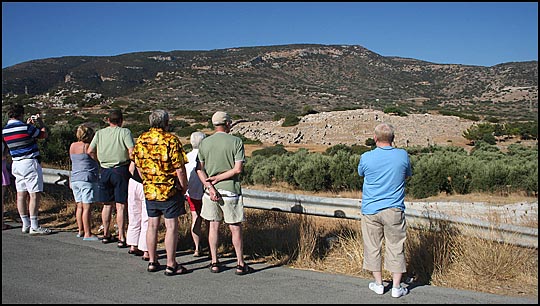 After breakfast we join our excursion Panoramic Crete. This will take us to see a ruined city of the Minoan civilisation, the southernmost town of Europe, and a small Cretan village called Kalamafka. First stop is at Gournia, the ruins of an ancient Minoan town. Several thousand years old, it was rediscovered in 1901 and again by us in 2009... Not that we saw a great deal of it, but it was just about possible to see the walls and work out where houses and streets were. The seat of government was on top of the hill upon which the town was built. What seems the apparent back end of the town is the centre of the town - it dips down at the back of the hill. 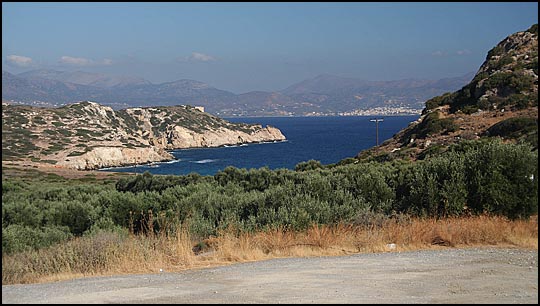 There is a good view from the city through the hills towards that wonderfully blue sea. 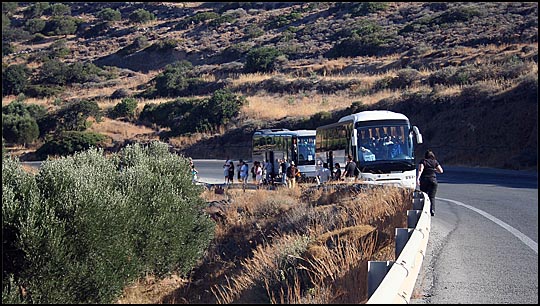 We are called back to the coaches. This is a photo stop only. Now we head south and towards the next article!

Pearls of The Aegean Cruise Index
Posted by John Burke at 09:30