A Short Break in The Cotswolds - Evesham

We're in the middle of several gigs with the band - our busy time. We had hoped to get away for a week, but then another booking came in for mid-week so we decided to make the most of it and went off on Sunday 4 June for three nights at a farmhouse B&B just outside Broadway in Worcestershire, but near the border with Gloucestershire. The weather was a bit wet but we managed to dodge most of it after the first day which involved getting drenched in Broadway itself. This did result in us nipping into the local museum which was excellent and well worth the modest entrance fee. 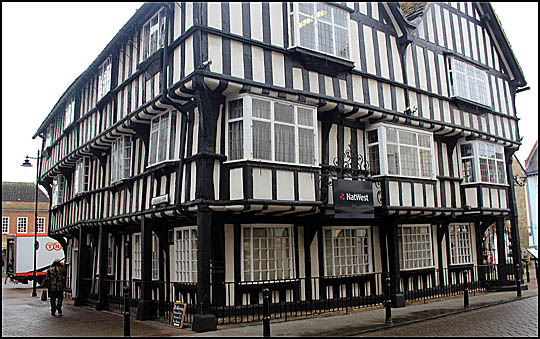 After an excellent breakfast at Smallbrook Cottage we looked at the rain and thought a larger town with shopping precincts might be our best bet for the day and Evesham was the nearest to us. This wonderful building on the Market Place is a branch of Nat. West, but somehow I don't think it was purpose built... 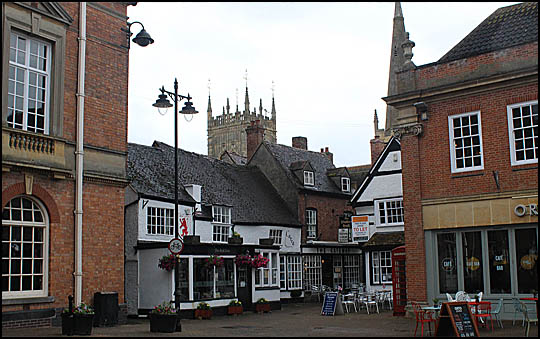 Another corner of the Market Place. We'll have a look at The Gateway Tea Rooms in the next article -I promise it will be worth it. Peeping over the rooftops is the Bell Tower of Evesham Abbey, not quite the only remains of the abbey, but perhaps the most impressive. We'll visit the Abbey Grounds in a few moments. 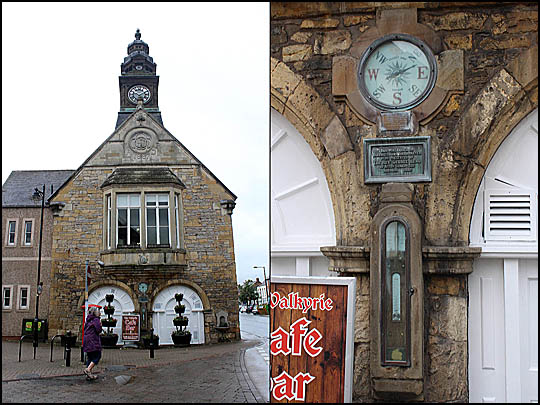 Also on a corner of the Market Place is the Town Hall with a dial wind direction indicator, thermometer and barometer. We didn't need any of them to know it was raining... 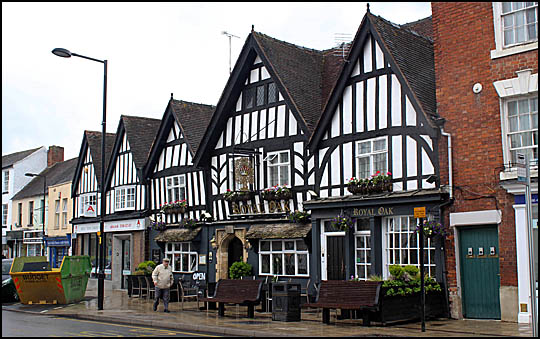 Evesham has some excellent black and white pubs in the town centre. We start with The Royal Oak. 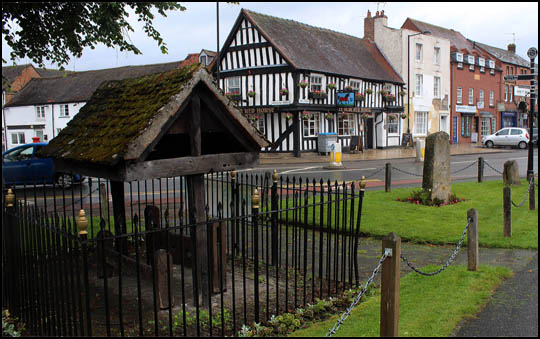 Ye Olde Red Horse stands opposite a small triangular green upon which stands the old stocks - with a very uncomfortable-looking thin plank end-on for a seat. None of your cushy wooden benches here for miscreants... But at least a wooden gable structure provides shelter from the rain. 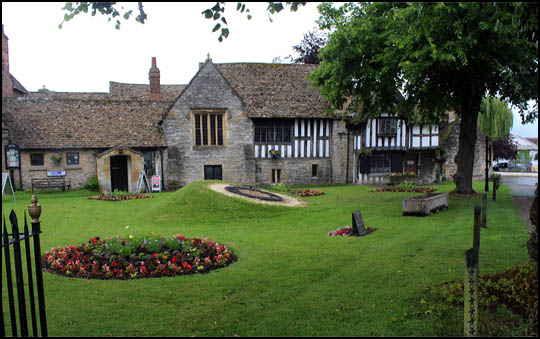 At the rear of the triangular garden was The Old Almonry, originally a part of Evesham's abbey. 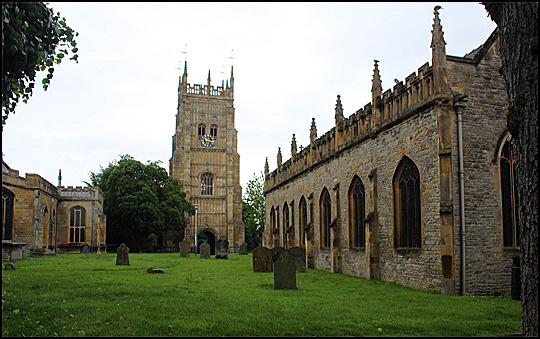 We pass through the gateway in the Almonry and come to a group of churches that occupy spots previously taken by the various buildings of the old abbey. St Lawrence church is seen on the right, the Abbey Bell Tower centre and All Saints Parish Church is on the left. 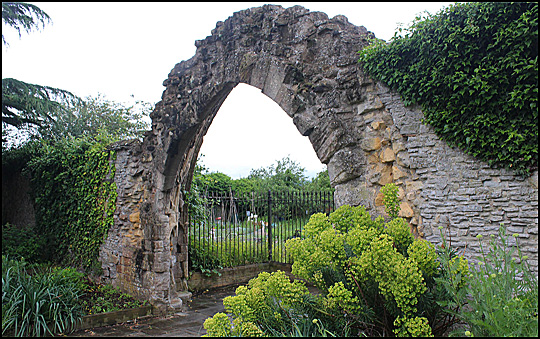 Of the actual abbey itself notwithstanding the Bell Tower this is the biggest chunk of masonry left. 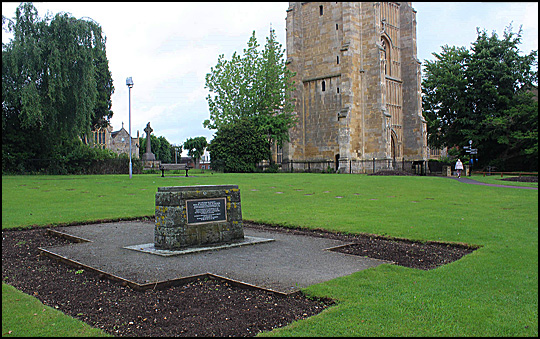 The Dissolution of Henry VIII was the death knell of the abbey and it's relics, but this modern altar-like monument is on the site of the original tomb of Simon de Montfort, 5th Earl of Leicester (c.1208 – 4 August 1265). He rebelled against King Henry III and became for a short while the ruler of England. In the space of a year he called two Parliaments, one of which stripped the king of Absolute Power and the other included ordinary men from towns. Consequently he is regarded as inventing modern parliamentary democracy. However at the Battle of Evesham in 1265 he was killed by men loyal to the king.