We recently suffered a death in the family and it's fallen to my brother and I to sort out the estate and possessions. My Uncle Geoff had been a keen photographer in the past and whilst few have surfaced so far, I was rather hoping to come across a collection of old photos of family and views showing elements of social life no longer with us.

The other day I found a tiny metal canister and it turned out to have a roll of black and white negatives in it. The film was 35mm wide but with only a single sprocket hole for each frame along the bottom edge of the strip. There were no sprocket holes at all along the top edge. A bit of research tells me this is 828 format film, created by Kodak in 1935 for their Bantam range of cameras. 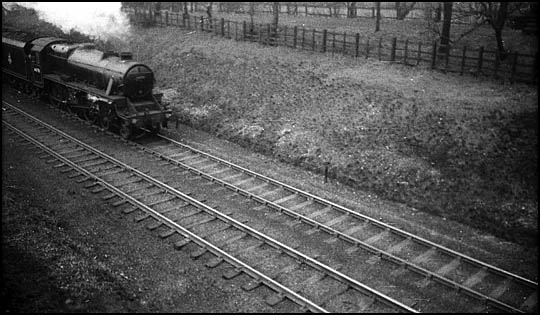 The image format was 40x28mm, a touch bigger than the standard 35mm film, which itself had only been introduced the previous year in 1934. This is a full-frame from one of the photos. Locomotive 4478, named Hermit was built for LNER at Doncaster, entering service in July 1923. 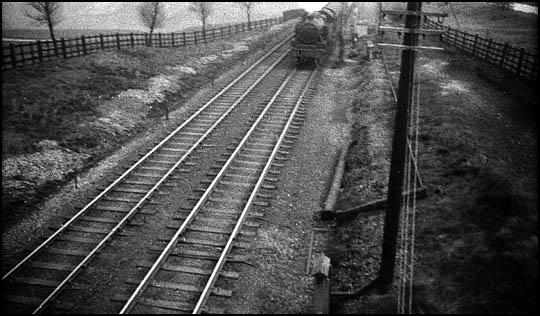 I've no way of dating these photos but guess they are from the late 1940s or early 1950s. There appears to be evidence of an itchy trigger finger...! Winding on the film would not be as simple as a single action of a lever and would certainly not be motor-driven!

Whilst 35mm film came in its own canister which went into the camera, 828 film was a roll film with backing paper. The spool of film had to be held tight to stop light from getting to it as you loaded it into the camera and then threaded the loose end of the film onto an empty take-up spool - which had come from the previous film to have been shot. Depending on the camera either you wound the film on after taking a shot until the single sprocket encountered a pin that stopped any more film advancing, or you wound it on until the next frame number, printed on the back of the backing paper, showed through a tiny red plastic window in the back of the camera. 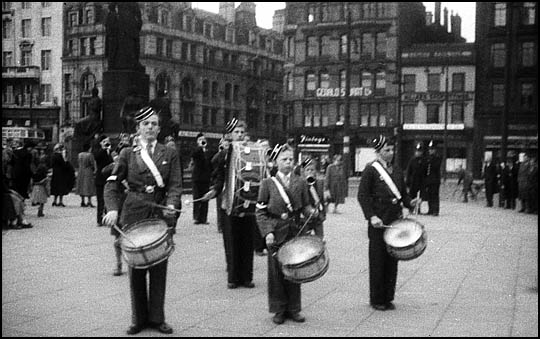 The remaining shots are of bands parading through Manchester town centre. 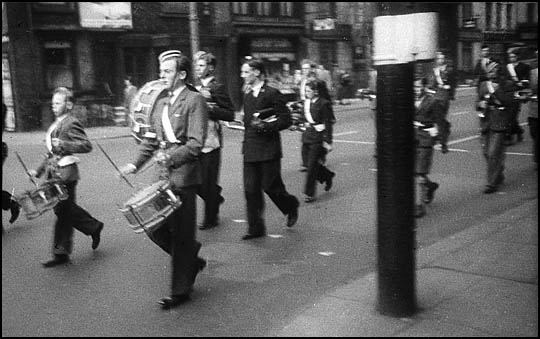 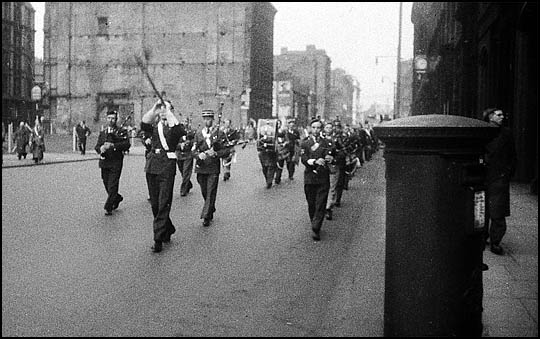 This is Manchester in the immediate post-war years. Gaps in streets are evidence of the work of Hitler's Luftwaffe. Bomb sites in and around Manchester remained common through until the end of the 1960s and sporadically even afterwards. 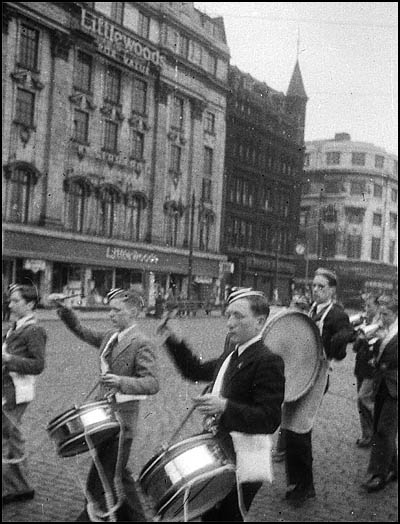 In the area of Piccadilly Gardens this shot has the Littlewoods department store in the background. 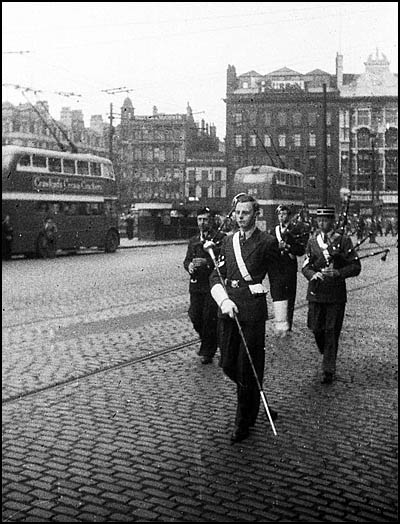 I quite like this shot though as it shows some of Manchester's trolleybuses. I can just about remember riding on them as a child. Manchester had nine routes covered by a total of 189 trolleybuses. Introduced in 1938 the last trolleybuses were withdrawn on 31 December 1966.