An Afternoon in Sidmouth, Devon

This week we had a few days in Devon (with a foray into Dorset on Wednesday). We motored down on Monday morning, arriving in Sidmouth late lunchtime. 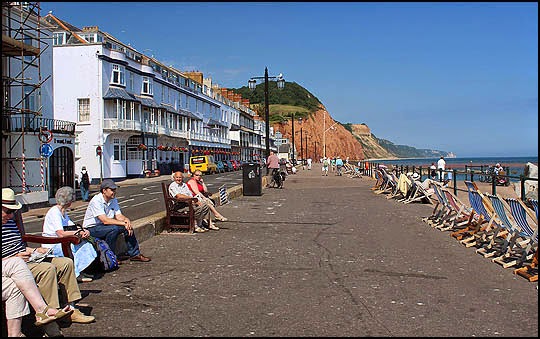 Sidmouth is a pleasant seaside town with sandstone cliffs at either end of a Promenade that edges onto a pebble beach. Many of the hotels along the seafront have balconies and hanging flower baskets for colour. A low stone wall separates the Promenade from the roadway and affords visitors a cheap and cheerful spot to sit if the benches are all taken up. Deck chairs are also available at a small half-day rate. 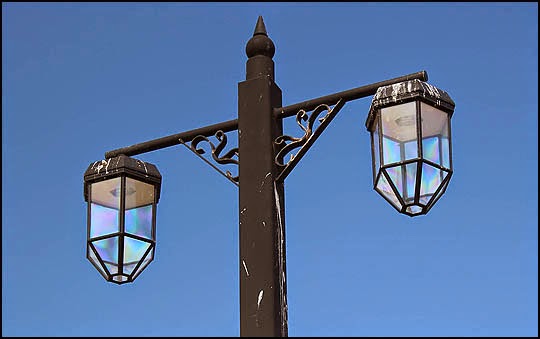 Solid-looking square wooden posts support huge lanterns, though the method of illumination is a bit more modern these days than that of the time the lanterns were first installed! Sidmouth is proud of its past. It was there at the time of Domesday, then being recorded as Sedemuda. George III's son, the Duke of Kent and his Duchess arrived with their infant, later Queen, Victoria on Christmas Day in 1819. Their visit was marred by tragedy as within a month the Duke had died of fever, not helped by the excessive bleeding by doctors trying to cure him. His Duchess was left penniless after his death, due to his debts. Left without any income and unable to flee home to Germany as her daughter was in line for the English throne, she begged the Prince Regent for help but he left her without a penny, doomed to watch all her furniture, horses and other possessions taken away by her creditors. Earlier during the visit, the window of the room in which the Duchess and baby Victoria were in was shattered by a bullet fired by a local boy at a bird. Whilst obviously anxious that the incident should not be repeated the Duke and Duchess asked that the boy not be punished. 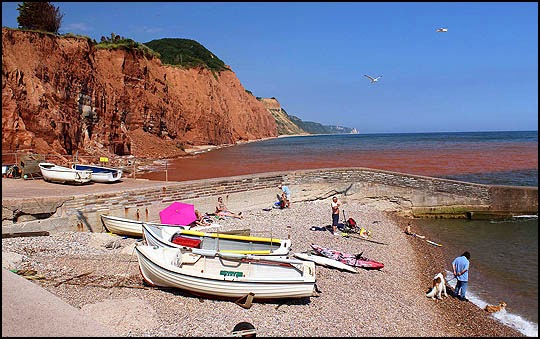 At the eastern end of Sidmouth the river Sid flows out into the English Channel. Here is a small collection of moored boats, both fishing boats and more modest boats as seen here. The coast is pretty much a straight line here. It was not possible to build a harbour due to the lack of shelter. The pebbles of the beach have had to be replaced as the sea washed them away during storms in the 1990s. 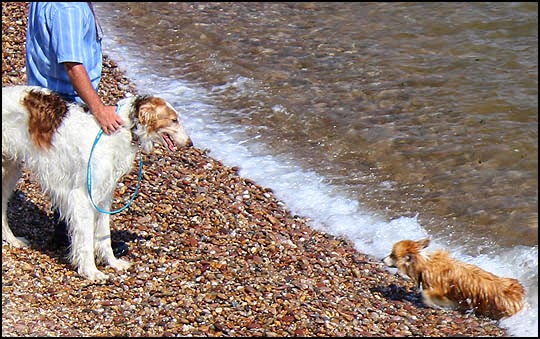 Luckily whilst we were there the weather was a lot kinder. This small dog was enjoying the sea, going in several times, sometimes dodging, other times being swamped by waves, but always going back into the water for another go! 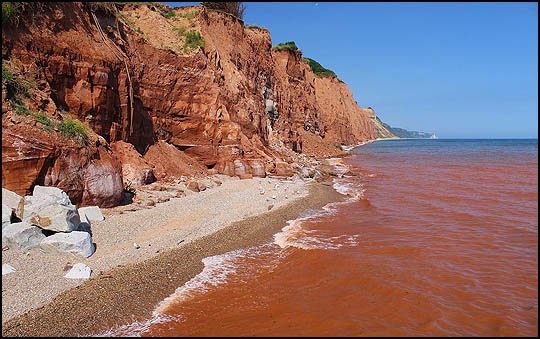 The cliff at the eastern end is that of Salcombe Hill. It forms part of Devon and Dorset's Jurassic Coast. The red-brown of the cliffs leaches into the sea at this point turning it a deep russet colour. Erosion is a constant threat. 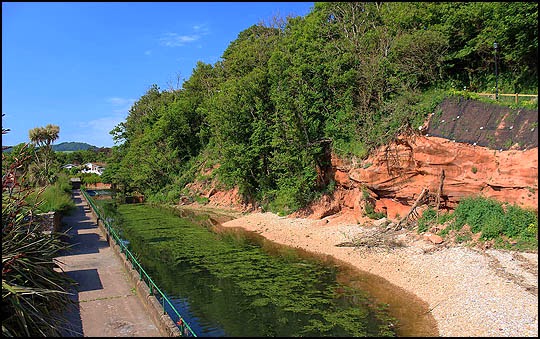 The River Sid, looking inland from the river mouth. A short distance inland it passes through the village of Sidford, where the river can still be crossed by the old ford.