Introducing my Great Uncle and Aunt. Auntie Elsie was my paternal Grandmother's sister. Her husband Percy was a sub-mariner during World War One and went on to own and run a camera shop on Spotland Road in Rochdale. They unfortunately never had any children and both died within a fairly short time of each other some time in the 1970s.

A while ago a collection of colour slides and a few black and white negatives came into my possession and I've only today started to look at them. Uncle Percy was an enthusiast. He stocked and used both still and cine cameras in his shop and was commissioned more than once to produce films of coach tours on the Continent, which he and Elsie did by taking their saloon car across to Europe and then following the route of the coach, arriving in time to shoot footage of the coach approaching and then disembarking its passengers. I have a couple of these films on 16mm stock and some old Zonophone reel tapes of Austrian music that he used to accompany them during promotional showings of the films by the coach companies. 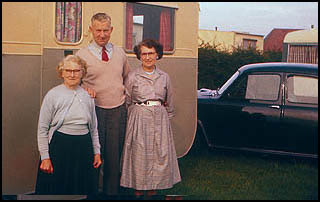 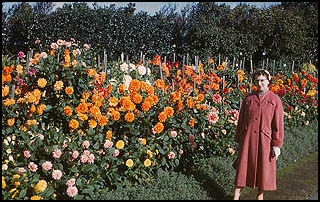 Above left Percy and Elsie are seen with Elsie's mother, my Great-Grandmother. Few of these photographs are labelled (we don't do it do we?) so I've no idea where many of them are. 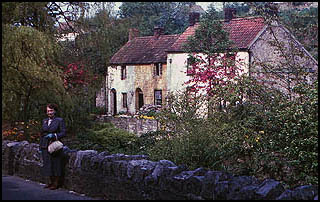 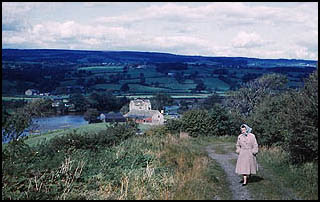 So this introduces them. I'll be bringing more photos from their collection to the blog every now and then - though perhaps the photos of my Great Uncle in his seventies, nude in the garden at their bungalow near Morecambe might stay private and unscanned... They did make me grin though as I always remember him as a fun character!