Saturday 23 March 2013. Friday was just a warm up, a chance for a bit of a jam session. Tonight we had a few more acts and a tight and fixed schedule. 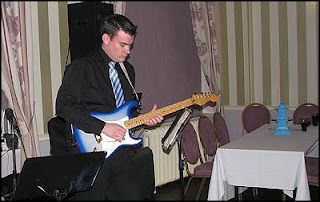 Steve Reynolds got us going with a few numbers played with the distinctive Shadows sound - shudderingly good! 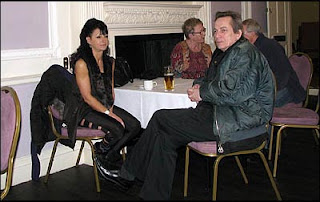 Tony Harte, lead singer with The Honeycombs gave us a great set including a blistering version of Friday on My Mind and of course the Honeycombs hit Have I The Right. 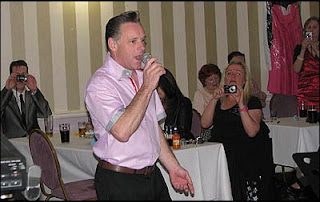 Dave Wilcox has appeared several times at Sunnyside events now and gets better every year. 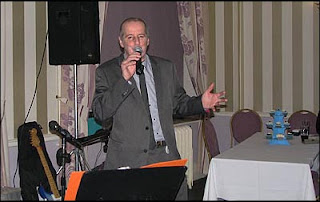 Geoff Howlett had us crossing off a few songs from our playlist as he displayed an uncanny - or sinister - foreknowledge of our intended act!!! Hmmm.... We let him off as he played the Blackpool Football Club anthem Glad All Over! 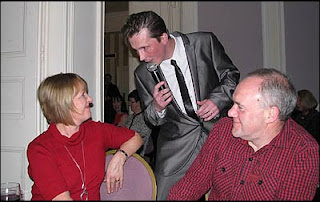 Alan Wilcox (no relation to Dave Wilcox) is making a name for himself as a Billy Fury tribute artist. Billy's memory is assured for another generation! 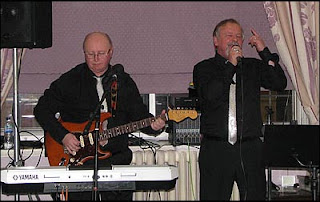 Two old geezers took to the stage and did their best, bless them... 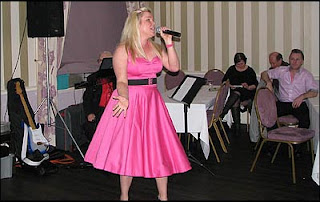 Apologies to all those who we didn't get photos of, but we'll finish with this shot of Michelle Gibson who brought a feminine touch to the proceedings with hits from Brenda Lee and Connie Francis amongst others. Apart from Shelagh joining us in our set to sing a three-part harmony version of The Rose, Michelle was the only female act of the night. 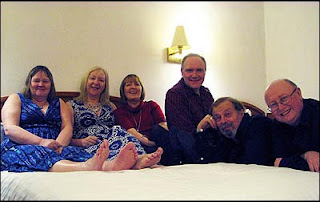 And then once all the acts were done and all the equipment had been cleared to make the room ready for a wedding fair the following morning, we retired to hold the now traditional post gig party with a bottle of bubbly and, thanks to Peter, a bottle of whisky! We were as quiet as we could... 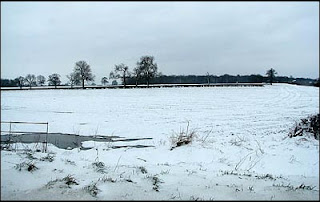 Then goodbyes were said at breakfast the following morning and we loaded the car and headed home through a bit of a winter wonderland at least until we crossed over to the west side of the country.